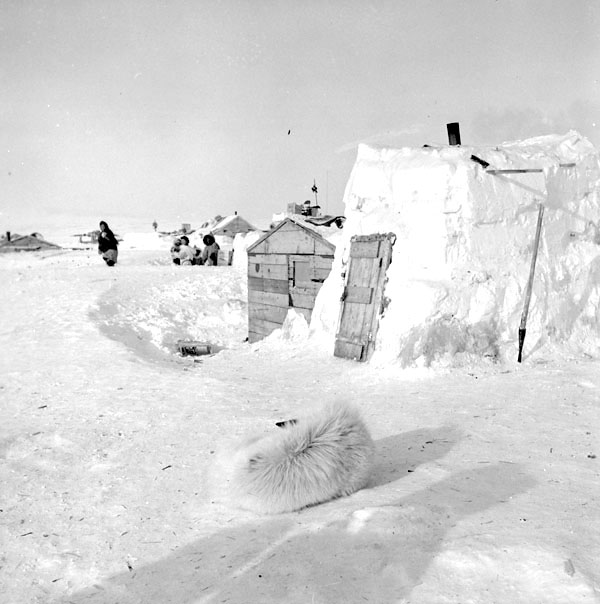 This photo, taken in 1956 during Governor General Vincent Massey’s northern tour, shows the kinds of dwelling places that the Inukjuak Inuit used during their early years in Resolute Bay. (GAR LUNNEY/NFB/LIBRARY AND PUBLIC ARCHIVES CANADA) 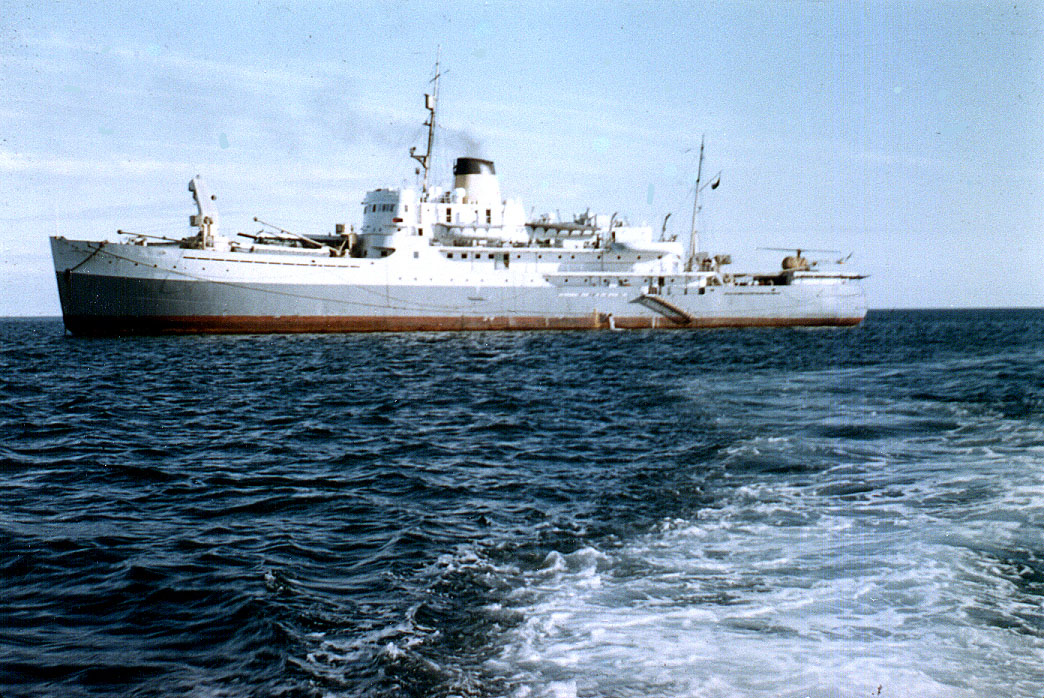 In 1953 and 1955, the federal government relocated more than 90 Inuit from Inukjuak and Pond Inlet to Resolute Bay on Cornwallis Island and to Craig Harbour on Ellesmere Island. Between 1956 and 1962, the families at Craig Harbour moved about 40 miles west to to Grise Fiord.

I was 12 years old at the time of relocation. It was exciting to hear that we were going to be moved for two years to another land, where there were lots of animals to hunt and foxes to trap.

Caribou were said to be plentiful, and there were many muskox and many seals and walrus and polar bears.

Since I already had some years of trapping in the interior of our land and travelling for weeks and months before returning home, I was very excited at the news of the government plan.

As a young hunter I dreamed of the many foxes I would trap, and the caribou and polar bears I would hunt.

Besides, we would return home in two years. To my young mind, this would be the trip of a lifetime, a great adventure into another land. As it turned out, it was.

But we did not return home in two years, as had been promised by the government. It would be several decades before I stepped upon the soil of my original homeland.

And I was also carrying a deadly disease that would spread among our small group and have dire consequences for most of my family and my relatives for many decades to come.

In the spring of 1952, a year before the relocation took place, I had started coughing and spitting heavily, and many times my spit was mixed with blood. It did not bother me, and I never mentioned it to anyone.

Then one day my mother saw what I had just spit onto the snow in front of her. She seemed very disturbed by what she saw and a worried look came over her face.

“You might be suffering from tuberculosis” was all she said. After that she often said I might have to go to the white man’s country to get cured. As usual, she was right.

According to some official reports that have surfaced over the years, it was believed we were getting the disease because we had too much contact with the white people who were probably carrying tuberculosis and spreading the disease among us.

But they never suspected that it was one of us who was responsible for so many TB cases that would spread among our people for many years to come.

In late July 1953, the ship C. D. Howe, which would be our home for six weeks, arrived in Inukjuak. We had our medical exam, but we did not get a chest X-ray.

It would be several decades before I learned that the X-ray machine had broken down, and it was not until we passed Iqaluit that we finally got our X-rays.

But the disease I was carrying was not detected. When no one among us was declared sick, my whole family were very relieved, because they had expected me to go south for medical treatment.

Once again, I began to look forward to the day we would arrive in the new land. But shortly after we arrived in the High Arctic, my health began to deteriorate.

One evening, as I and my father were feeding our dogs after a day’s hunt, I started vomiting a great amount of blood and momentarily lost my ability to breathe, because of the blood coming out of my mouth and nose.

I remember struggling to breathe, but the blood kept plugging my throat and I could not breathe in or out.

I remember my father dragging me roughly on the snow and taking me to our igloo and putting me in bed face down. He started slapping me on my back with strong force.

In the meantime, my mother had placed a can in front of my mouth to catch the blood. I remember seeing red blobs of blood coming out of my mouth and nose, thinking I am about to die.

But my father had cleared my throat by slapping me continuously on my back.

After what seemed like ages later, I began to breathe more easily and my mother had stopped the blood by placing snow on the back of my head and neck. Mercifully, I went to sleep and slept comfortably all through the night.

The arrival of spring

That first spring in the new land was a strange experience for the people of Inukjuak, who had never seen the sun circle the sky and a night that ceased to exist in this strange land. We were all amazed at the seasonal changes.

The arrival of spring brought new strength to my body and after spending six months inside an igloo, I was finally able to wander outside and enjoy the pure smell of clean air.

When the C.D. Howe left Resolute in September of 1954, I was on board on my way to a southern hospital as my mother had predicted two years before.

At this time, I was not sure if I would ever see my family again, but I did not feel any fear and was sort of excited about seeing what the white man’s country looked like.

Then I sailed away into an uncertain future. It would be several decades before I stepped upon the soil of my original homeland.

Read Part 3 of this memoir tomorrow on nunatsiaq.com.