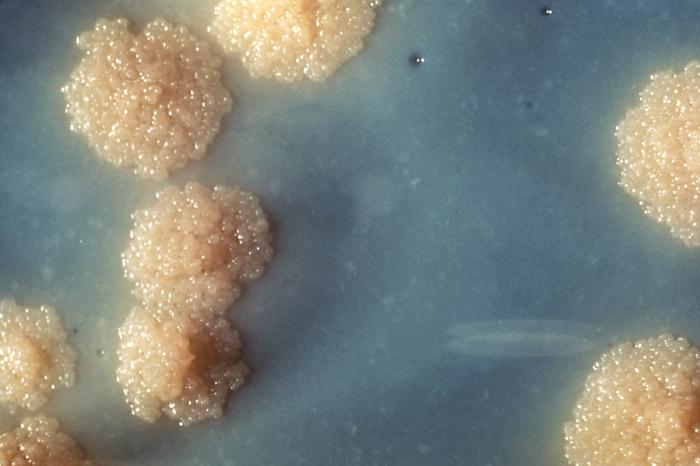 This is a close-up of a Mycobacterium tuberculosis culture, showing the bacteria that lead to TB, which infected Nunavummiut in 2016 at a rate nearly 180 times greater than among non-Indigenous Canadian residents. (PHOTO COURTESY OF THE CENTRE FOR DISEASE CONTROL/ DR. GEORGE KUBIC)

Here’s a simple, cost-effective proposal to reduce Nunavut’s sky-high rates of tuberculosis: give vitamin pills and more fresh food to people who suffer from the disease or are at risk of contracting it.

That’s the approach recommended by Khushwant S. Bhullar, a graduate student at the University of Alberta’s agriculture and nutrition department, in a recently published paper.

Without such a malnutrition-aimed plan, the TB incidence among Nunavut’s Inuit “only will rise indefinitely,” Bhullar said in his paper, which is called “Nutritional Intervention for Active Tuberculosis: Relevance to Nunavut Tuberculosis Control and Elimination Program.”

Bhullar told Nunatsiaq News that he started looking at the connections between nutrition and TB while enrolled in a global health program at Dalhousie University. He said he spent a year researching the topic before publishing his paper last year in the Journal of Pharmacological Reports.

What Bhullar found during his research is that “the widespread malnutrition and a missing plan to restore healthy nutrition status among Nunavut’s TB patients is a major challenge towards Canada’s goal for TB elimination.”

And the role of nutrition and malnutrition are missing in the Nunavut TB program, he found.

“This is surprising as studies in rural Africa assess the nutritional status in TB patients, as a part of their TB eradication program,” he said in his paper.

He also learned that in India, studies among patients with advanced pulmonary TB showed a pill with a cocktail of dietary antioxidants (vitamins and minerals) acted as a therapy, along with medications.

Bhullar suggests that a dietary supplementation plan should also be developed for Inuit to combat their “compromised immune function and malnutrition.”

This plan could include providing pills, armed with vitamins and minerals, which would give their bodies’ systems the needed boost to fight off bacterial infections such as TB, he said in an interview from Calgary.

Unfortunately, the common antibacterial medications used to combat TB, such as isoniazid and rifampin, may decrease the body’s absorption of vitamins. This means the treatment leaves Inuit TB patients with a greater set of unmet nutritional requirements afterwards.

“They end up weaker,” Bhullar said.

His research convinced him that food insecurity and malnutrition play a critical role in the high TB incidence in Nunavut.

Statistics Canada said in 2017 that more than half of Inuit in northern Canada don’t get enough food.

The study’s data, collected from the last Aboriginal People’s Survey, showed that the most vulnerable Inuit are those most affected by food insecurity.

That’s why Bhullar advocates the introduction of a dietary supplementation protocol to combat malnutrition and emphasizes the need for improvements in the nutrition status of Nunavummiut.

Last month the federal government vowed to eradicate TB in the North, where Inuit suffer rates of TB infection that are 300 times higher than among Canada’s non-Indigenous population.

Ottawa’s goal is to reduce the number of active TB cases by at least 50 per cent by 2025, and to eliminate TB entirely by 2030.

But to do that, Bhullar said that there should be a plan for the assessment of nutritional status among Inuit, dietary counselling and an awareness program, “in both research and practice.”

With cost of medicine for a single TB patient coming in at more than $40,000, as cited by Bhullar, offering Inuit preventative supplements and healthy food might turn out to be a cost-saving measure as well, he said.

And these measures could also prevent TB relapses due to poor nutrition.