Gay in Nunavut: New film to be screened at Capital Pride event 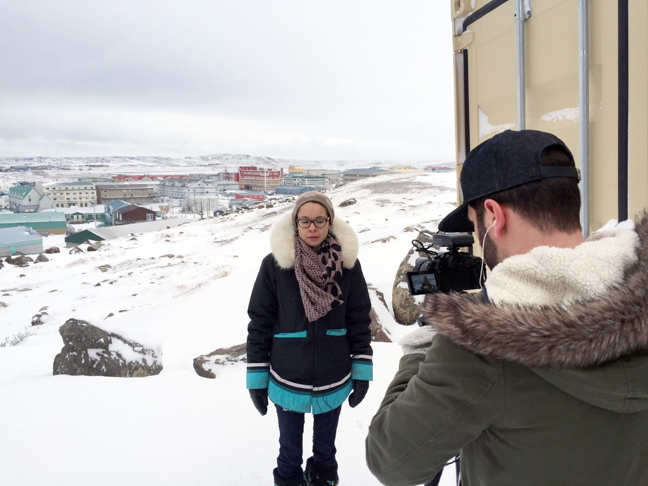 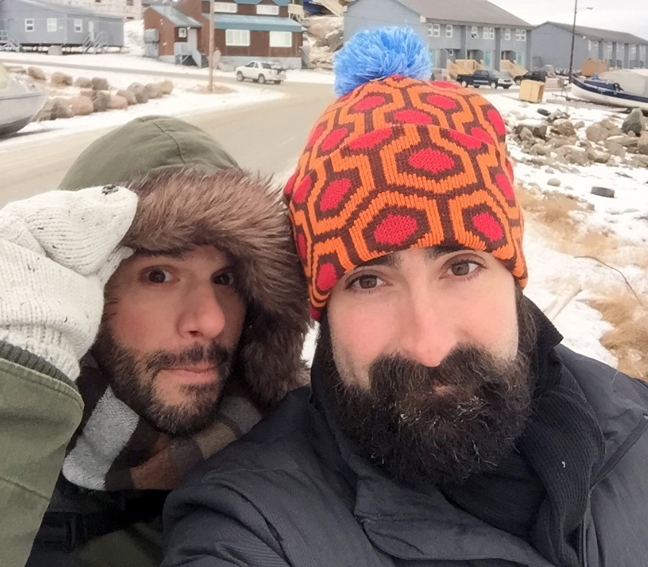 OTTAWA — The concept of “Pride” in Nunavut is sometimes lost in translation.

According to a new documentary film, a principle of Inuit culture is not to show too much pride. The word “pride” in the lesbian and gay sense may be new to the North but that doesn’t mean homosexuality itself is new. In fact, there is an Inuktitut word for lesbian which translates as, “two soft things rubbing together.”

A recent film exploring what it’s like to be queer in Nunavut will première in Ottawa on Aug.19 at Dundonald Park, as part of Capital Pride, one of three screenings of Two Soft Things, Two Hard Things across Canada that week. The film already made its grand première screening in Iqaluit in June.

Directors Mark Woods and Michael Yerxa believe their documentary offers important opportunities for both Nunavummiut and Canadians in general to understand a major part of our country’s history and the stories of Lesbian Gay Bisexual Transgendered or Queer identities in the territory.

“Southern Canadians know next to nothing about Nunavut,” said Yerxa. “As two educated individuals, we were both embarrassed with how little we knew of the territory and its people before this project.

“I think it’s vital to learn how colonialism, Christian missions and government programs have impacted the greater territory but also how these initiatives have impacted ideas around sexuality and gender.”

The effects of colonization, Christian missions and residential schools on sexual practices was devastating, Woods says, and yet the Truth and Reconciliation Commission never acknowledged the impacts they had on queer and two-spirit people.

“I think because Pride means something completely different in Inuktitut, there has definitely been some tension regarding throwing a more southern style ‘Pride’ event,” said Yerxa.

The film was inspired after reading news articles about Pride events in Nunavut in 2014. The filmmakers were immediately intrigued.

“Typically, making a film is more of a marathon,” said Yerxa, “but our film was a full-blown sprint.”

Two Soft Things, Two Hard Things was shot over just three-and-a-half days in Iqaluit, a half-day in Ottawa and a half-day in Toronto. It was then edited over the course of four months.

“It may sound insane to have filmed in such a short period of time, but the film was self-funded,” explained Woods.

Since 2015 Pride events were fast approaching, they didn’t have time to seek substantial funding and could only afford to spend three days in Nunavut.

While making the film, Woods learned that there’s still a tendency for some religious people to blame homosexuality on the sexual abuse suffered at residential schools and then ignore the fact that the abusers were their own clergy.

This comes across clearly in the story of Nuka Fennell, 24, who left Nunavut to live in Ottawa — choosing homelessness and uncertainty rather than discrimination and abuse. In the film, Fennell, who uses the pronoun “they,” says that while living in Nunavut, they were often treated “like something traumatic happened” to make them this way, like they were a monster.

If Fennell had had the chance to watch a film like as a teenager, life would have been different.

“I would have been able to see that other people had gone through it too,” Fennell said. “And that there are adults who are supportive.”

“It’s a complicated and painful discussion to have,” said Woods, “but it was such a powerful example of how the effects of colonization continue in the present.”

One of the film’s many goals was to begin a conversation, the directors say, and they encourage Inuit to continue that conversation.

After the trailer for Two Soft Things, Two Hard Things was put online, Woods received emails from across Nunavik, the Northwest Territories and Labrador from LGBTQ [Lesbian Gay Bisexual Transgendered or Queer] Inuit youth, reaching out to say thanks for making them feel less alone.

“Many LGBTQ Inuit, particularly in smaller communities, haven’t seen other LGBTQ Inuit and they certainly haven’t heard about the possibility of these identities existing before colonization,” he said.

“I think seeing a strong Inuk woman like Jesse Mike openly talk about her partner, her daughter, her struggles and her discussion with elders can bring a lot of hope to Inuit from these smaller communities because they really aren’t alone, and never were.”

The documentary has received attention from the Canadian Centre for Gender and Sexual Diversity, school boards and teachers across the country who want to use it in their classrooms.

The most surprising things the directors discovered included ways in which youth are currently making change.

“They just sent us pictures of their second ‘Pride Prom’ at Inuksuk High School,” said Woods. “My old high school still hasn’t done that. And it’s the youth that are pushing for these kinds of things.”

“It’s amazing to see people take their pain and sadness and turn it into activism and change,” said Yerxa.

Fennell found that part of the film empowering.

“Those were the same hallways I got beat up and choked in,” said Fennell. “Where I had zero support from the staff. Seeing these queer kids thriving and knowing it is a safe space makes me feel proud about my community.”

To Yerxa, the fact that they are community outsiders and non-Inuit made them wonder whether the story of LGBTQ identities in Nunavut was theirs to tell. In the end, they felt the story was too important not to document, even if they are southerners.

“We really wanted to let the LGBTQ community in Iqaluit tell their own story in their own words. And documentary is the perfect format for that. We didn’t interview people, we had conversations with people,” Woods added. “There’s no narration. Everything comes from the mouths of locals, as it should.”

The two directors said they hope the film continues to facilitate an evolution around gender identity in the North – that LGBTQ Inuit exist and some don’t feel comfortable living in their skin. They also hope it encourages more resources and inspires heterosexual people to become stronger allies with the LGBTQ community in Nunavut and beyond.

You can catch the screening of Two Soft things, Two Hard Things at Dundonald Park in Ottawa at 9 p.m., Aug. 19. The launch of the Two Spirit Inclusion Campaign runs prior to the screening at 8:30 p.m.