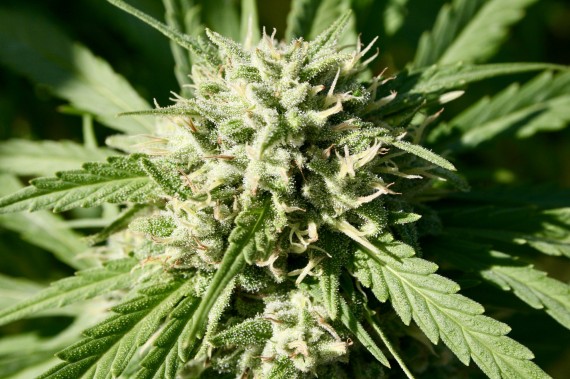 The Government of Nunavut has set out some of its main ideas for how to regulate legalized marijuana in a 10-page report. (PHOTO BY BRIAN SHAMBLEN/FLICKR CC-BY 2.0)

Without any fanfare or formal announcement, the Government of Nunavut has released details about its proposed approach to regulating legalized marijuana.

“It is time to check back and ask Nunavummiut what they think about this plan,” states the 10-page discussion paper, which presents “ideas for consideration and discussion” at a round of territory-wide public meetings currently underway.

These consultations will guide the Nunavut government as it crafts legislation to put in place before July 2018, when the federal government is expected to legalize marijuana.

The territorial government’s proposal is informed, in part, by the results of a survey conducted this past autumn. It found that three-quarters of respondents supported legalization.

Nunavut’s proposal begins by noting that cannabis consumption, while illegal, is extremely popular in Nunavut.

One-quarter of Nunavut residents aged 12 and up report using marijuana at least once a week over the previous year, according to Statistics Canada’s 2014-16 Canadian Community Health Survey. One in 10 reported using every day.

“As cannabis is in our communities already, the GN is implementing legislation to legalize cannabis as a way to help reduce harm,” the report states.

As things stand, residents depend on unregulated sources to purchase their cannabis, “which can be mixed with unknown and dangerous substances and can be of unknown or inconsistent strength,” the report notes.

And revenues raised from legalized cannabis could “contribute to public programs and legitimate businesses rather than underground markets and organized crime.”

Under the Nunavut government’s proposal, the minimum age for possessing and consuming cannabis would be 19. Under federal rules, that age must at least be 18.

The Canadian Medical Association and the Council of Chief Medical Officers of Health both recommend setting the minimum age at 21 or 25.

But the government’s report cautions that, if the minimum age is too high, “young adults could be driven to buy cannabis illegally,” and since you cannot be certain of the strength of illegal cannabis or what it’s been cut with, this creates additional risks.

Nunavut is proposing to stick to the federal limit for personal possession, at 30 grams of dried cannabis.

But the report says most survey respondents supported harmonizing with federal laws on these issues.

Federal rules impose no limit on how much cannabis you can possess at home.

While youth are not allowed to possess or use cannabis, federal rules would allow those under 18 to carry up to five grams without facing criminal charges. The government is asking residents whether territorial rules should be stricter.

Federal rules allow individuals to grow four cannabis plants per household. The upside of this approach, the territorial report states, is that it could reduce dependence on illegal sources.

The downside is that it risks “normalizing cannabis with youth,” and increasing the risks of fires and the spread of mold in homes.

The territorial government says it will consider allowing landlords to restrict renters from growing and using recreational cannabis.

The government proposes banning smoking or vaping cannabis where tobacco use is banned, and in certain other areas, including vehicles, school grounds, hospitals, health centre grounds, and playgrounds.

Municipalities would be able to restrict cannabis use in certain spaces. Before the Government of Nunavut opens a physical store, it would first consult with the community and seek support from the local council.

Nunavut would not allow communities to ban the consumption of cannabis, as is currently done with “dry” communities that forbid alcohol.

But the territory is looking at allowing councils to ask for temporary bans on cannabis sales during holidays or community events.

“This approach flows from the idea that prohibition does not work, is difficult to enforce, encourages and supports an illegal market, and may actually be worse for Nunavummiut,” the report states.

Nunavut is not planning to allow cafés or lounges where cannabis could be consumed on site. “Given the complexities of these establishments and the short timelines the GN is facing ahead of July 2018, setting up a licensing system for on-site consumption is not a priority,” the report states.

But such venues have their merits, the paper states, as they “allow safe indoor spaces where adults can consume cannabis outside the home, away from children and youth.”

Licensing such establishments is something the territory “may wish to explore in the future,” the report states.

The regulation of edible cannabis products is also being put off for now. Federal legislation proposes a one-year delay in allowing these products so that provinces and territories have time to develop regulations.

“The GN proposes to wait until other Canadian governments have set out their plans before deciding how to best manage these products in Nunavut,” the report states.

The territorial government is working with the Workers’ Safety and Compensation Commission to review workplace safety rules to ensure they deal with cannabis legalization. The commission is also preparing educational materials on the subject, “so that employers and workers understand their rights and obligations under the regulations.”

The GN plans to create new offences and administrative penalties to discourage driving while impaired by cannabis. That would include licence suspensions for drivers who fail roadside drug tests or who refuse to take the test.

Penalties would increase for repeat offenders. The territory also plans to launch a public education campaign about how cannabis can impair the judgement and reflexes of drivers.

Cannabis sales would be overseen by the Nunavut Liquor Commission. This follows the lead of other Canadian jurisdictions that plan to distribute cannabis through their existing liquor organizations.

But Nunavut’s proposal would allow the government to outsource sales operations to private companies. These agents “would be subject to strict oversight and would need to follow terms and conditions the government sets,” the report states.

This means the government “would control the type of cannabis sold, product price, reporting, sales location, and messaging,” while taking advantage of outside “knowledge, skills, experience and flexibility” the territorial government lacks.

The GN envisions cannabis to eventually be sold both online and through physical stores, but no physical location is planned to open in 2018.

The government is considering whether to allow residents to purchase and import cannabis from outside the territory. “This could be by allowing individuals to carry cannabis with them when they enter Nunavut,” the report states.

“This could also be similar to the permit system already in place for liquor, where Nunavummiut are able to request, for a fee, the authority to import liquor from other jurisdictions.”

The government proposes allowing the minister to regulate importation, “but plans to wait to see how other jurisdictions deal with this matter before making specific decisions.”

The next public meetings on cannabis legalization take place in Kugluktuk on Feb. 9, in Iqaluit on Feb. 13, in Kimmirut on Feb. 15, in Igloolik on Feb. 20 and in Arctic Bay on Feb. 21.

You can find more details about the Government of Nunavut’s plans to prepare for the legalization of cannabis here and in the document embedded below.

You can email comments about regulating cannabis to cannabis@gov.nu.ca.

Regulating Cannabis in Nunavut by NunatsiaqNews on Scribd