“One can not talk about the Arctic without Greenlandic participation” 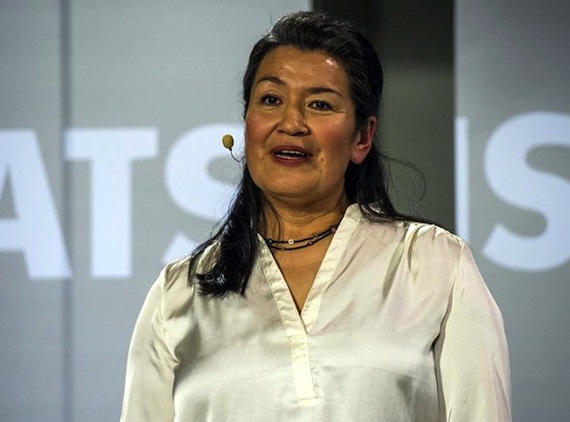 Hammond decided to boycott the May15 Arctic Council ministerial gathering in Kiruna, Sweden because she said Greenland should have a voting seat at the council, rather than sitting, in a non-voting capacity, behind the Danish foreign minister.

Hammond said that progress resolving the situation was due to Canada, which assumed the chair of the eight-nation body from Sweden last May.

“I am very happy about the outcome,” Hammond was quoted as saying in Greenland’s leading newspaper, Sermitsiaq AG.

Greenland will sit at the table when issues that fall under the jurisdiction of Greenland’s government are discussed, she said.

There was no mention of how Hammond’s call for a separate vote for Greenland was settled.

The newly-elected premier had faced a big backlash from people in Greenland for her decision to boycott the Arctic Council.

Hammond said Greenland, along with Denmark and the Faroe Islands, negotiated with Canada to end the boycott.

“I am pleased that the negotiations have been completed so fast. And the quick settlement shows that one can not talk about the Arctic without Greenlandic participation,” she said.

The outcome is also in line with the self-government act, which recognizes the Greenlanders as a distinct people, she said.