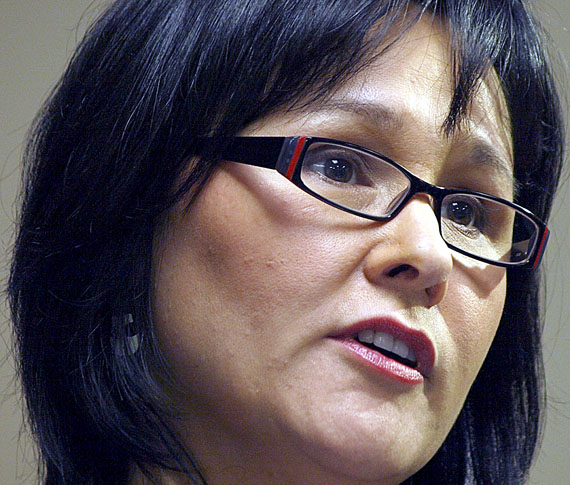 Nunavut MP and federal Health Minister Leona Aglukkaq was to speak to delegates at the Nunavut Tunngavik Inc. annual general meeting in Cambridge Bay on Nov. 24 and then join provincial and territorial health ministers for a meeting in Halifax Nov. 25. (FILE PHOTO)

HALIFAX — Provincial and territorial health ministers will use their two day meeting starting Thursday to seek consensus and common ground, both in how best to operate Canada’s health system and how it should be paid for, Nova Scotia Health Minister Maureen MacDonald says.

“It’s extremely important that we have the ability to collaborate, to offer a more seamless health-care system from coast to coast to coast, to provide Canadians with equal benefits no matter where they live, and really to be able to put into practice the growing number of examples of innovations that are working in various provinces,” said MacDonald, who is hosting the health-care summit.

The provincial and territorial ministers are meeting among themselves at a Halifax hotel Thursday. They will be joined by federal Health Minister Leona Aglukkaq on Friday.

The major issue shadowing the talks is how the two levels of government should strike a new deal to fund the health system once the current agreement, the 2004 Canada Health Transfer, expires in 2014.

MacDonald had little to say about that to reporters as she entered the meeting, except that she regarded the federal government as a “partner” in funding negotiations.

“Certainly we’re all in this together, and we look forward to having an opportunity to talk to the federal government about their perspective, and what they will bring to the table to improve the health-care system,” she said.

“These discussions are very preliminary. They’re discussions that will inform the premiers’ meeting in January.”

MacDonald said all the provinces face similar health-care challenges, so there is much to talk about aside from the funding issue.

“We’re dealing with aging populations, more complexity of patients, chronic disease management, we have growing childhood obesity in the country. There’s lots of examples where we have a lot of common ground.”