“Our main task right now is to collect dog poop” 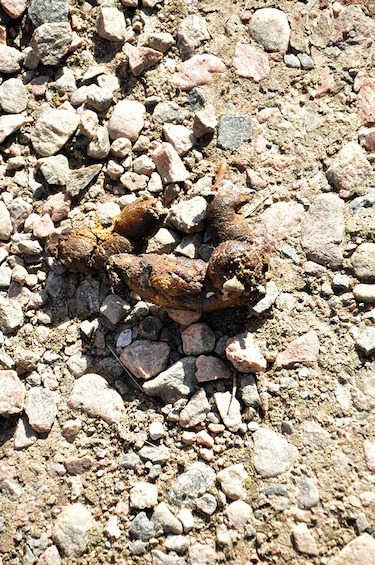 While some Iqaluit dog owners pick up their dogs’ poop, it’s not unusual to find piles like this around the city. (PHOTO BY THOMAS ROHNER) 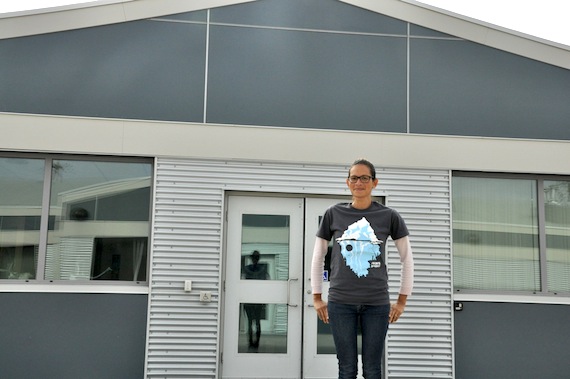 Iqaluit, meet the Poop Group: Danielle Julien and Anna Bunce, researchers from the University of Guelph.

You might find them hanging around sled dogs in the coming days, excitedly bent over a warm, freshly formed dog turd.

Or you might find them at the Greenhouse Society’s trivia nights where they are likely to dominate the life science categories.

Julien and Bunce are in Iqaluit this month to collect samples of feces in order to study the health of Iqaluit dogs.

“We were thinking of calling ourselves ‘The Poop Group’ at trivia night this week,” Bunce said from an office in the Nunavut Research Institute, where she manages the PAWS Project — the People Animals Water and Sustenance Project.

Part of the project, which has partnered with both territorial and federal government agencies, is an effort to better understand the health of dogs in the North, said Julien, who is leading the study.

“Our main task right now is to collect dog poop,” Julien said with a laugh July 25.

It’s a subject that’s hard to talk about with a straight face.

But the subject matter is important to many Iqalungmiut.

Posts on social media crop up from time to time from Iqaluit residents fed up with sidestepping dog poo around town.

Recently, a post on Iqaluit’s Public Service Announcement Facebook page raised concerns about the effect of dog poop on the growth of berries.

Julien said that concern falls outside of the scope of her current research.

A proposal submitted by Julien in June to the Nunavut Impact Review Board said her current study will look for two types of common parasites, whose Latin names are Giardia and Cryptosporidium.

“Little is known about the contribution that dogs may play in transmitting these parasites,” the project proposal said.

But Julien said July 25 that she is open-minded about what else she might find in the poop samples, including bacteria.

“I don’t have any hypotheses at this point…I just want to be looking at poop to see what I can find,” said Julien, a trained veterinary doctor.

The pair plan to return in September to collect samples from domestic and stray dogs as well.

“People tell me I’ll be known as the one studying poop. I’m ok with that,” Julien said.