How to stress-test a beluga whale 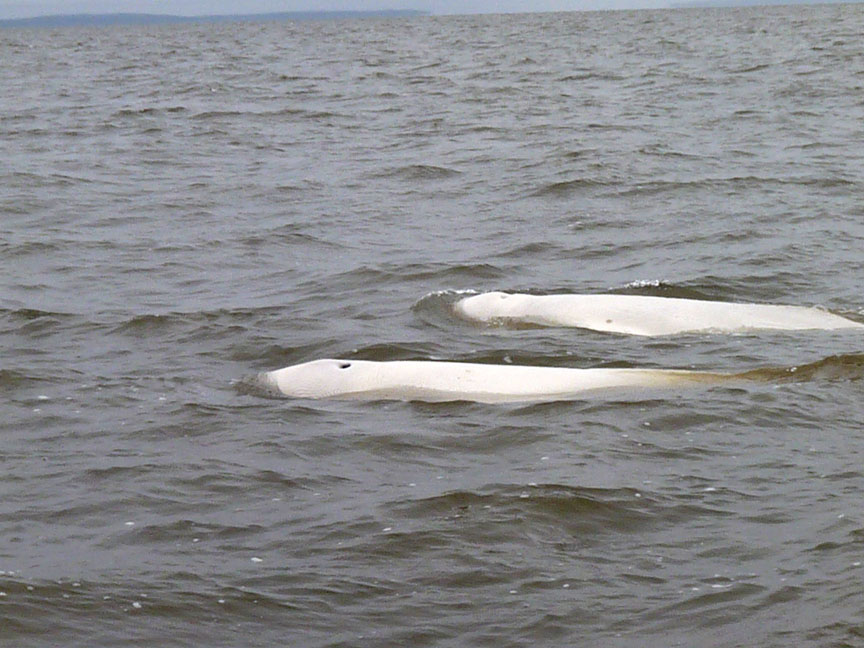 Ear health is important for belugas, because they use vocalization more than other whales. (PHOTO COURTESY OF DFO) 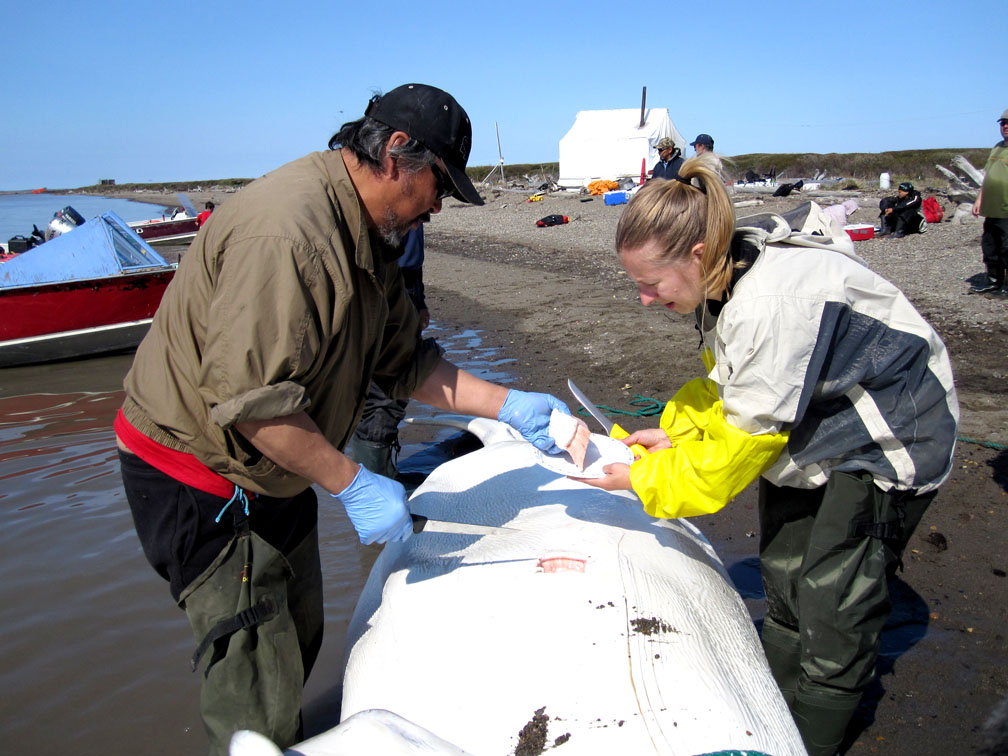 Ever wonder how to check if a beluga is chronically stressed?

Your best bet is to test cortisol levels in the whale’s outer layers of blubber.

That’s according to new research on beluga populations in the eastern Beaufort Sea, published last week in the journal Arctic Science.

“Cortisol is a tracer or a bio-marker that is used to tell us about stress,” said Lisa Loseto, a researcher with the Department of Fisheries and Oceans who is the lead author of one of 12 papers published in that journal this summer on western Arctic belugas.

The study found that while there aren’t “significant stressors” for beluga populations in the eastern Beaufort Sea, “things are changing” in that ecosystem, Loseto said.

That’s why researchers are working to gather baseline data on beluga health, in advance of anticipated climate changes, industry growth and shipping increases in and around the Northwest Passage.

“If we can get a sense of what appears normal now in advance of change then we could be able to make comments or recommendations to management or regulators,” Loseto said.

Because the belugas tested from the Beaufort Sea population were hunted whales, scientists first had to measure cortisol levels in their blood, which were likely to have been high at the time of death.

Because it takes time for the stress hormone to travel to the outer layers of skin, researchers divided and tested different sections of blubber to test for cortisol there.

“We recommend to just look at the outermost layer to get a sense of overall stress,” Loseto said.

A plain language summary of the study said that cortisol levels found in the belugas are similar to levels in captive belugas in aquariums.

You can see that educational summary here.

The same research techniques used to monitor beluga cortisol levels can also be used to check stress in other northern marine mammal populations.

“There are a lot of questions about narwhal and stress in other regions, and in Nunavut,” Loseto said.

The research series stems from an ongoing community-based monitoring project for Beaufort belugas in Inuvialuit communities of the western Arctic.

Another study from the series talks about ear health for belugas, who are called “canaries of the sea” and rely on their many whale calls to socialize.

“They’re the most vocal of all marine mammals, so we know that communication by sound is critical to them,” Loseto said. “If we start putting noise in the system we know we are interfering with their communications.”

What scientists don’t know is how that interference could “spook an animal” and interrupt feeding, mating, migration or “life history traits” that support beluga health.

Research shows that belugas in other Canadian waterways have had make their calls louder because of sea traffic, Loseto said.

What one study did find is that contaminant levels are fairly low in the Beaufort Sea belugas, which Inuvialuit hunt for food.

Another study showed how, as ecosystems change, belugas may look for alternative food sources.

That’s after scientist found the stomachs of one group of hunted belugas to be filled with small fish called sandlance, instead of their regular diet of Arctic cod, which are larger fish.

“If Arctic cod become less available, would something like a sandlance be able to sustain a beluga population?” Loseto said.

The year this change was seen, in 2014, those belugas had travelled to waters around Ulukhaktok where they are not usually seen in large numbers. Arctic cod populations were low in the region that year.

“What are the implications if they’re having to go elsewhere for less viable or less energetically rich food?” Loseto asked.

These are the kinds of questions that baseline data on beluga health will help answer.

You can find more links to plain language learning tools for the full series of DFO beluga research projects here.