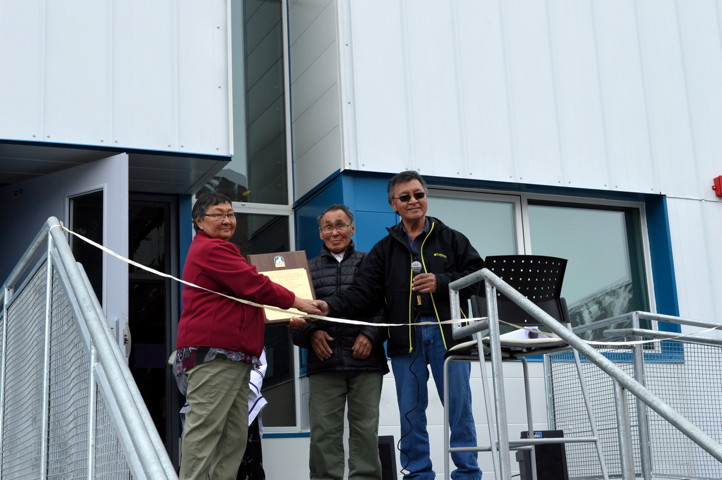 Tom Sammurtok, the minister for community and government services along with the region’s MLA, Isaac Shooyook, were on hand to cut the ribbon June 20 with Grise Fiord Mayor Laisa Ningiuk.

The new facility, funded jointly by the governments of Canada and Nunavut to the tune of $11.55 million, will hold offices for hamlet staff, the Iviq Hunters and Trappers Organization and the Qikiqtani Inuit Association as well as a much-needed gymnasium and first-ever community hall.

“The Grise Fiord Community Centre and Hamlet Office Complex is a welcome addition to the community,” said Sammurtok, in a June 20 news release.

“The new hall is a focal point for the community and a place where people can come together and celebrate, while the adjoining hamlet office provides a central point of access to a range of programs and services.”

Grise Fiord is still waiting for the overdue replacement of its aging power plant which the Qulliq Energy Corp. estimates will cost roughly $7.9 million.

Iqaluit-Niaqunnguu MLA Pat Angnakak suggested in the legislature June 12 that spending large sums of money on infrastructure in each of Nunavut’s 25 communities, expecially small ones such as Grise Fiord, might not be feasible for the territory in the long run.