Metal roofs peeled back in Sanikiluaq, staircases pulled from homes 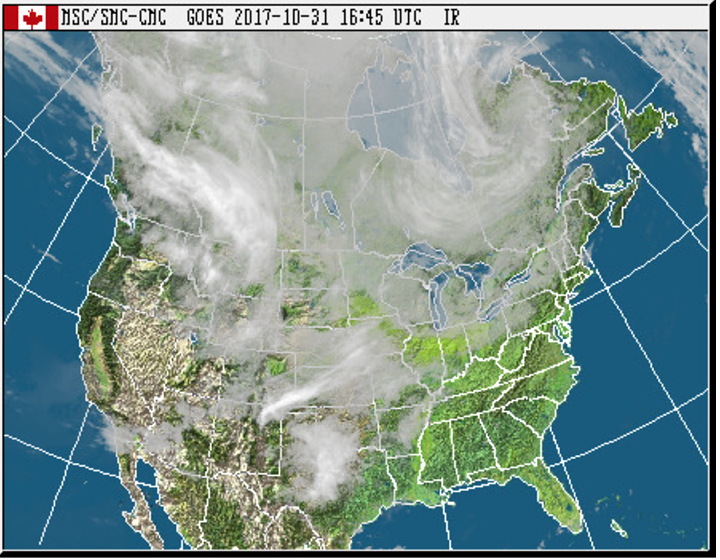 Environment Canada is forecasting wind gusts of up to 90 km/h in Iqaluit during the afternoon, with snowfall continuing until noon, Nov. 1, due to a large low-pressure system making its way across the eastern seaboard of the United States and into Canada. (ENVIRONMENT CANADA MAP) 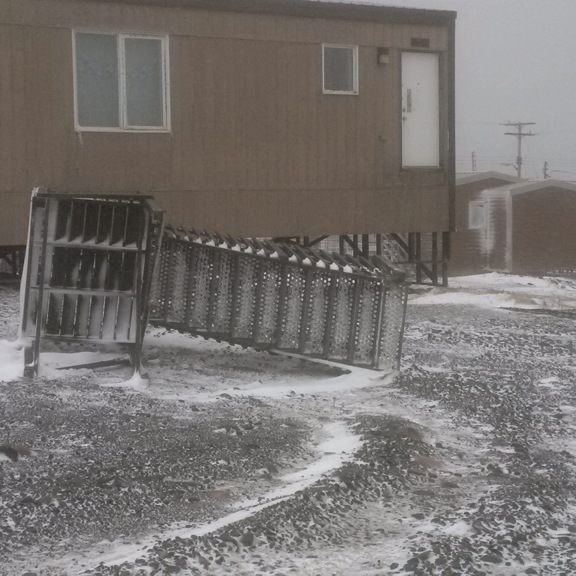 Watch your step! Staircases were pulled from Sanikiluaq homes by overnight winds Oct. 30. 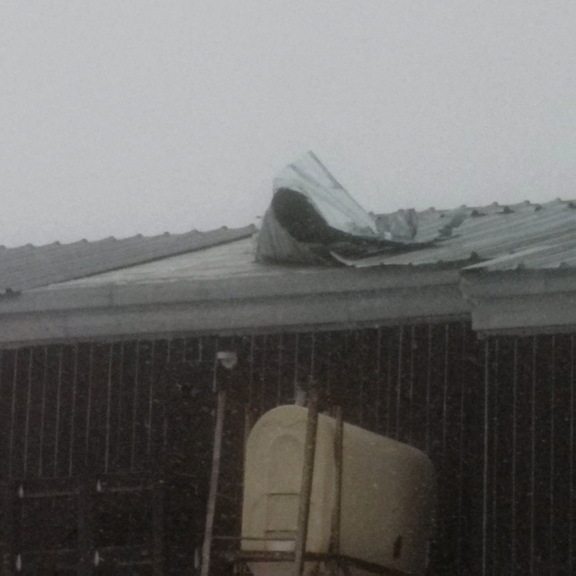 As parts of Nunavut get ready to celebrate Halloween under blizzard warnings, some communities are reporting the first signs of damage with recorded wind gust speeds approaching hurricane-level strengths.

Hudson Bay MLA Allan Rumbolt, who won a new term as his constituency’s representative in the territorial election Oct. 30, told Nunatsiaq News that overnight wind speeds on Oct. 30 in Sanikiluaq remained constant at about 100 kilometres per hour, causing damage to buildings around the Belcher Island community.

Reached at his home on Oct. 30 to find out how it felt to be re-elected, Rumbolt told Nunatsiaq News he was hunkering down for a stormy night, but periodically checking his boat outside, “to make sure it hasn’t blown away.”

Overnight wind gusts maxed out at around 140 km/h, Rumbolt said.

That means wind gusts reached strengths comparable to a hurricane, according to the Saffir-Simpson Hurricane Wind Scale, which classifies category one hurricane wind speeds as between 119 km/hr and 153 km/h.

Photos he provided to Nunatsiaq News show metal roofs peeled back on buildings in Sanikiluaq and steel staircases ripped from homes.

According to data collected by Environment Canada, wind gusts have held steady at 100 km/h or higher on the Belcher Islands since midnight, Oct. 30.

Elsewhere in Nunavut, the Baffin Island communities of Cape Dorset, Kimmirut, Iqaluit, Pangnirtung and Qikiqtarjuaq have all been placed under wind, snow or blizzard warnings.

Shortly after the work day started in Iqaluit, municipal authorities suspended services and public servants were told to go home as high winds and blowing snow led to decreasing visibility.

Environment Canada is forecasting wind gusts of up to 90 km/h in Iqaluit this afternoon, with snowfall continuing until noon, Nov. 1.

That’s due to a large low-pressure system making its way across the eastern seaboard of the United States and into Canada.

The same system caused extensive, record-breaking rainfall and flooding in the National Capital Region, Oct. 30, around Ottawa and in Gatineau, Que.