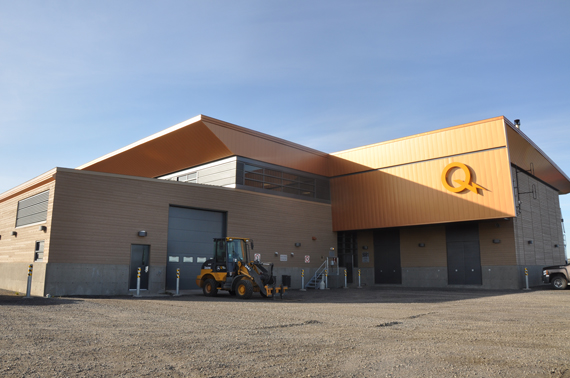 KUUJJUAQ — Hydro-Québec has postponed a proposed electricity rate hike in Nunavik for at least another year, the Quebec power corporation says, while it takes a closer look at the region’s energy consumption.

That will help Hydro-Québec understand the realities of energy use in the North, Mathieu Boucher, Hydro-Québec’s manager of Aboriginal affairs, told councillors at the Kativik Regional Government meeting in Kuujjuaq Nov. 25.

Nunavik’s power rates are two-tiered: the first tier, which covers usage of less than 30 kilowatt hours per day costs 5.4 cents per kW hour, the same rate paid across Quebec.

A second tier covers any energy consumption over that amount at a cost of 32 cents per kW hour, compared to just seven cents in the South.

In 2013, Hydro-Québec proposed a province-wide hike of 3.4 per cent on its standard residential power rates, in addition to an eight per cent hike to Nunavik’s second-tier rate.

Although most Nunavik customers consume at only the first tier, both the KRG and Makivik asked Hydro-Québec earlier this year to hold off on the hike.

The organizations argued it was unfair to target Nunavik households, which tend consume more electricity than southern households.

“You can thank your representatives, because this did not happen,” Boucher told KRG councillors.

“We asked them to postpone it for at least another year, saying that we are working with these organizations to see what the reality here is and the reasons for what the consumption is. This is what the audit is going to tell us.”

Hydro-Québec has already begun a technical survey of six Nunavik communities, which will include 300 interviews and 50 energy audits.

Boucher said the audit will help the agency understand how electricity is used in Nunavik and what could be done to help the region reduce its energy consumption.

But the audit may help shed light on other programs that that could be tailored to the region to help reduce consumption, Boucher said.

Overall, a hike in electricity rates wouldn’t be widely felt right away, given the vast majority of Nunavimmiut live in social housing, where their power bills are paid by Quebec’s social housing corporation.

But many argue that a hike would put more pressure to increase the social housing rent scale in Nunavik.

The cost of producing electricity in Quebec’s North is about 59 cents per kW hour, although Nunavimmiut pay only a fraction of that.

Although the public utility has looked at the feasibility of wind or underwater power projects in the region, Hydro-Québec has said neither are profitable for the time being.

Diesel is still the least expensive and most reliable way to produce energy in Nunavik, Boucher said.

“We haven’t seen any [renewable] projects that could produce energy at costs that make sense right now,” Boucher said.