ICC to consult Inuit on future of North Water polynya 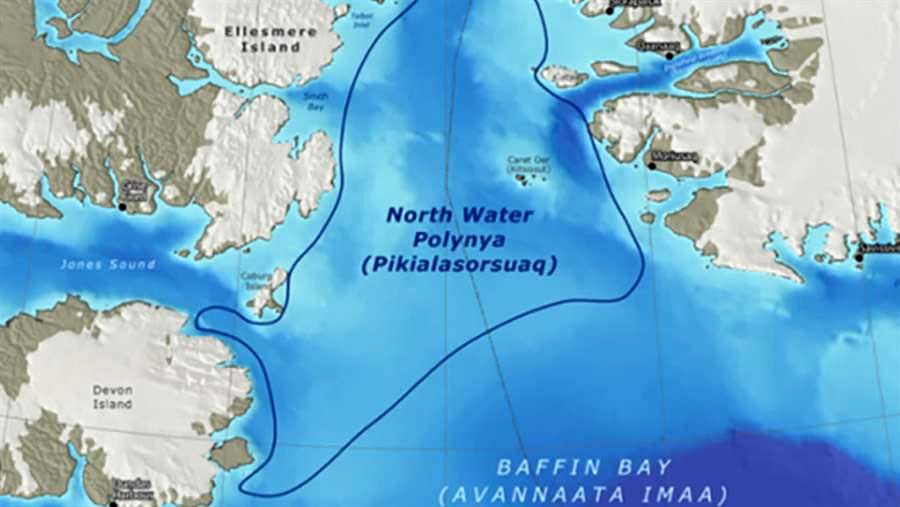 Two former premiers will team up with Okalik Eegeesiak, the international chair of the Inuit Circumpolar Council, to form a special commission that will consult Inuit on how to best manage the North Water polynya, the ICC said Jan. 19 in a news release.

The huge, 85,000-square-kilometre North Water polynya is an ecologically rich zone of open water at the northern end of Baffin Bay between Greenland and Ellesmere Island that feeds numerous marine mammals and birds within its unusually warm microclimate.

It’s the largest polynya in the northern hemisphere and the most biologically productive ecosystem north of the Arctic Circle, the ICC said.

They’ll hold hearings in the Canadian High Arctic this spring and in Greenland communities this summer, after the ice break-up.

“The Commission’s mandate will be to listen to Inuit and knowledge holders who use and depend on this region about their vision for the North Water’s future use and cooperation,” the ICC said in its release.

To that end, the Pikialaorsuaq Commission will look at the future possibility of increased shipping, tourism, fishing and non-renewable resource exploration and development in the area.

“Inuit in the region have expressed a desire to explore locally-driven management options,” the ICC said.