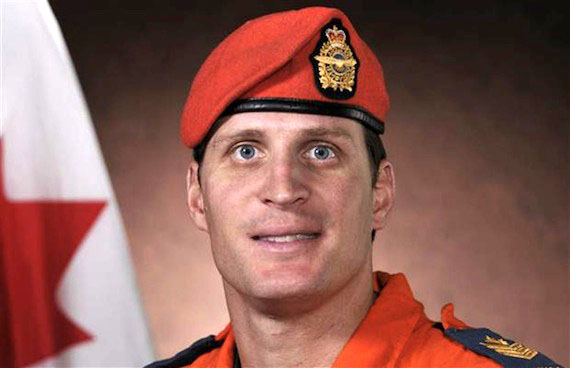 Sgt. Janick Gilbert, 34, from Baie-Comeau, Quebec., died Oct. 27 during a mission near Igloolik, where he and two other soldiers parachuted into the cold waters to rescue two boaters.

Gilbert led a SAR team deployed from the rescue coordination centre in Trenton, Ont. Oct. 27, a day after an Igloolik father and his son became stranded in pack ice in a small boat and activated a rescue beacon.

According to the Canadian Forces flight safety investigation, Gilbert and two SAR technicians parachuted from a Hercules aircraft that evening to a life raft where the father and son waited.

But only one SAR tech made it to the life raft to assist the father and son. The second deployed a personal raft and waited for recovery.

The third SAR tech, Gilbert, landed furthest from the raft, in three-metre-high waves and 50-kilometre an hour winds. The report says Gilbert removed his helmet and activated a strobe light.

The report also notes that Gilbert was not wearing the proper dry suit, while the rope meant to hold his personal raft to his life preserver has separated.

Five hours later, Gilbert was found unconscious, floating in the water with his inflated life preserver.

The crew was then flown to the Igloolik Health centre, where Gilbert was declared dead.

The two hunters were treated for non-life threatening injuries and released.