“Until it warms up and we get some melting going on, not much is going to happen” 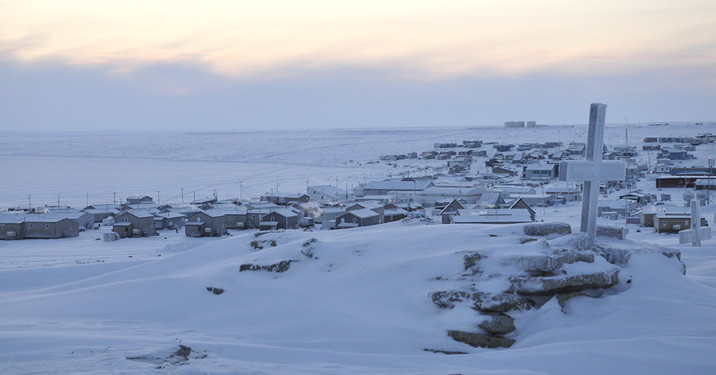 Igloolik’s main water reservoir has been temporarily depleted because residents are using water faster than the ice in the open reservoir is melting. (FILE PHOTO)

There’s plenty of ice, and that’s precisely the problem.

The Hamlet of Igloolik’s main water reservoir has been temporarily depleted because residents are using water faster than the ice in the open reservoir is melting.

“It’s kind of unusual,” said Brian Fleming, who has served as Igloolik’s senior administrative officer for about 10 years.

“We’ve been anticipating this. The last couple of years have been pretty tight, but we’ve had some pretty good weather. But this summer, I think we’ll have to expand our reservoir.”

Fleming said June 10 that the hamlet has punched holes through the ice atop South Lake and is pumping water from there as a stop-gap measure ever since they ran out of water June 9.

Because the water must be tested to ensure it’s safe for consumption, the hamlet will issue a boil water advisory for the time being.

Fleming said he will send water samples to Iqaluit today for biological analysis and hopes to have these results back by Friday, June 12.

If the results come back positive for pathogens, Igloolik has another lake it can tap into, Fleming said.

The problem is mainly two-fold, he said.

A long, cool spring means the ice and snow in the reservoir are not melting as quickly as they normally do.

“So basically we have a big block of ice in there and until it warms up and we get some melting going on, not much is going to happen,” Fleming said.

But it’s also a problem of growth: Igloolik is quickly outgrowing its current reservoir, he said.

While Statistics Canada pegs the number of Igloolik resident at 1,600, the town, using current records from the health centre, estimates the population is closer to 2,100.

So Igloolik will work with Nunavut’s Community and Government Services department to come up with a short-term solution — likely expanding the current reservoir — and then examine whether they will meet the hamlet’s needs going into the future, Fleming said.

Fleming reminded residents that the boil water will be in effect until further notice and that people should try to conserve water whenever possible.

Paul Quassa, MLA for the Igloolik region, sent out a Facebook message to the people of Igloolik on June 10.

“I have just heard about the situation in our community. I would urge all to listen to the radio for any announcement our hamlet will deliver,” Quassa wrote.

He promised, in the same note, to ensure the government is made aware of the problem and that staff get to work on a remedy.