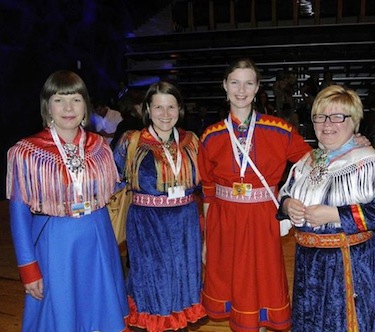 Saami from Norway, Finland, Sweden and Russia are among the more than 600 delegates from indigenous communities around the world who are at the Global Preparatory Indigenous Peoples Conference in the Norwegian Arctic city of Alta. (PHOTO COURTESY OF K. EJESIAK) 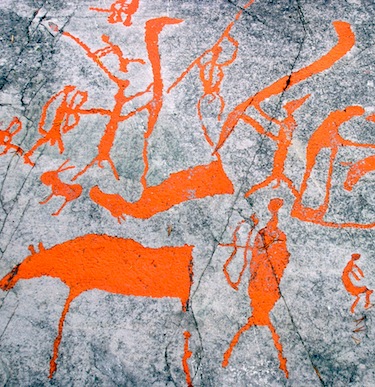 Rock carvings, created by early Saami, the original inhabitants of Arctic Norway, are now protected by a World Heritage site in Alta, Norway, where the Global Preparatory Indigenous People’s Conference is taking place this week. (PHOTO BY JANE GEORGE)

With the goal of producing a strong statement on the rights on indigenous peoples around the world, the Global Preparatory Indigenous Peoples Conference, hosted by the Saami Parliament in Norway, began June 9 in Alta, Norway.

The June 9 program in Alta, a city of about 20,000 located in the traditional Saami homelands, included side events, with the formal conference opening June 10. The conference, which runs until June 12, is also carried live on a webcast, with updates on Facebook and Twitter.

“It is no coincidence that we decided to arrange the Global Indigenous Preparatory Conference for the World Conference on Indigenous Peoples in Alta,” Saami Egil Olli, president of the Saami Parliament in Norway and the conference chairperson, said June 10 in his opening speech. “It was in this very place here in Alta where many of the leaders of the great Saami Kautokeino Rebellion of 1852 were sentenced to death and executed. Alta is also the birthplace of Norway’s modern indigenous policy.

“In the 1970s, the Norwegian authorities’ decision to dam the Alta-Kautokeino watercourse triggered years of massive peaceful protests against the government’s lack of an indigenous policy. Although we lost the battle against the power station and the dam, we won a great political and moral victory.”

Indigenous rights, international standards and states’ indigenous policies can “never be stipulated once and for all,” Olli said, but must be made in consultation with the indigenous peoples to which they apply.

“When we demand protection of our traditional cultures, communities and livelihoods, this protection must also extend to cultural characteristics and expressions, and to ways of organising society and businesses for which we have not yet developed traditions,” he said. “This is how it has to be if our people and our cultures are to have the right to a viable future.”

At the conference, participants are expected to endorse a declaration with recommendations for the World Conference on Indigenous Peoples, Sept. 23 to Sept. 24 2014.

That draft declaration document’s preamble says that “for centuries, we Indigenous Peoples and Nations have faced and continue to face the effects of the colonization of our lands, territories, and resources. This has resulted in patterns of domination, exploitation and subjugation of our Peoples and Nations.”

The document, which states indigenous peoples are equal to all other peoples, calls for an end to discrimination and for nations to recognize and observe the UN Declaration on the Rights of Indigenous Peoples, adopted in 2007, which recognizes indigenous peoples’ right to self-determination.

It also asks for states to assist indigenous peoples to repatriate sacred and culturally significant items and ancestral remains.

And it recommends states take “a strategic approach to crime and justice with Indigenous Peoples,” focused on prevention and diversion as well as protection and rehabilitation.

“We are all gathered here because we will not allow any of our brothers and sisters to wander through the night alone,” Olli said. “In the same way as the dark of night must inevitably give way to the light of day, so too is the case with discrimination and injustice against indigenous peoples, which have to give way to justice.

“In the dark of night, we see limitations and losses. In the light of day, we see opportunities. In Alta, we see the light. Even in the dark of winter, the northern lights shine so brightly here that we can navigate safely. And at this time of year, the sun shines all through the day and night.”

Some participants and observers at the Alta conference deplored the absence of any high-level Norwegian government presence at the meeting, where only a state secretary was in attendance June 10.

The Alta Declaration identifies four themes which need to be addressed at the September 2014 meeting in New York City:

• recognition of indigenous peoples’ priorities which should be based on the “full and effective recognition of their rights to lands, territories and natural resources and the connection between customs, belief systems, values and traditional knowledge;” and,

“Such policies, programs and services must include the distinct perspectives of Indigenous women, youth and persons with disabilities and they must be allocated sufficient financial resources.” 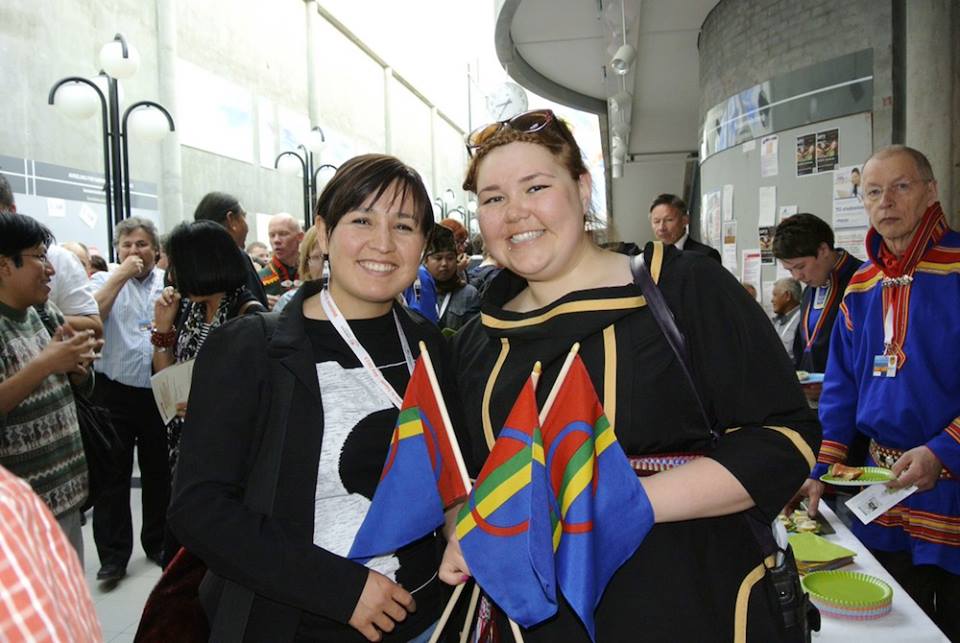