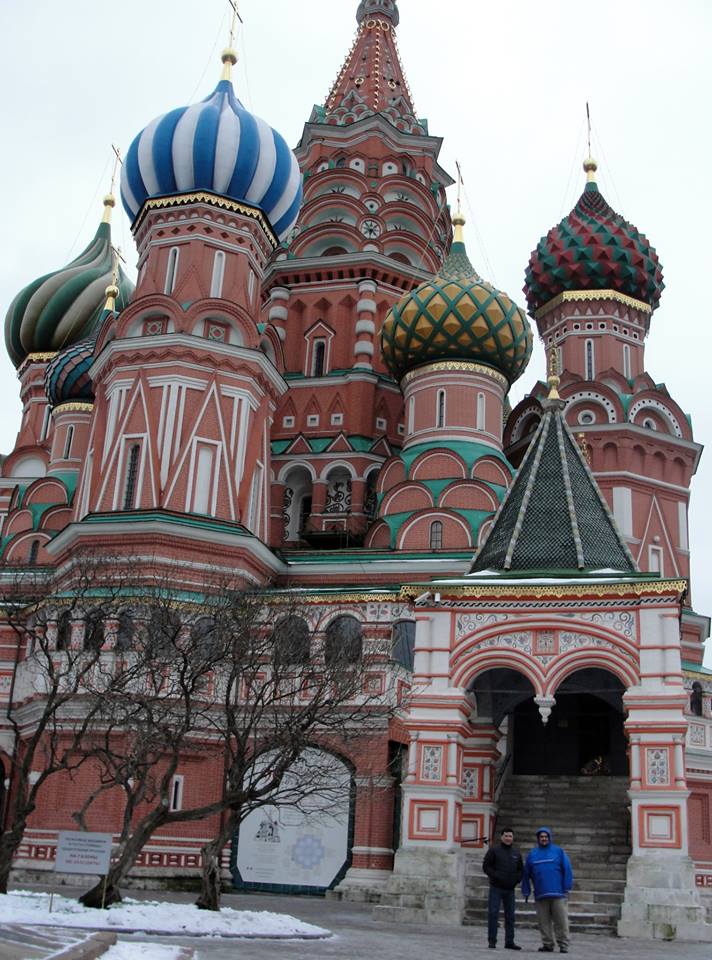 ITK’s John Cheechoo and Makivik Corp.’s Adamie D. Alaku stand outside of St. Basil’s Cathedral in Moscow, where they are attending the international forum on the conservation of polar bears. (PHOTO COURTESY OF ITK)

Canada, along with the four other polar bear range states, reaffirmed its commitment to the sustainable conservation of polar bears Dec. 4 at an international forum in Moscow, Russia.

The forum marks the 40th anniversary of the landmark Agreement on the Conservation of Polar Bears, signed in Oslo in 1973 by Canada, the United States, Russia, Greenland and Norway.

Those groups committed to continue working to fully implement that agreement, but Canadian Inuit attending the forum say that international cooperation must respect Inuit knowledge and livelihoods, said a Dec. 4 news release from Inuit Tapiriit Kanatami.

“I urge all range states to put these words into action,” said ITK president Terry Audla, who is in Moscow this week. “Cooperation, in this sense, must respect Inuit knowledge and Inuit rights, and recognize our desire to feed our families and pursue traditional and sustainable livelihoods.

Despite a “robust and responsive” polar bear management system, the ability of Canadian Inuit to hunt and trade the bears is still being challenged by animal rights groups who, on false pretenses, seek to shut down all hunting and trade of animal products, Audla said in the release.

Inuit from across Canada are in Moscow to take part in an International Forum on Conservation of Polar Bears, organized by World Wildlife Foundation Russia on behalf of Russia’s natural resources and environment ministry.

Audla pointed to two range states: the United States and Russia as chief proponents of an attempt in March to persuade CITES to ban the international trade in polar bear parts, a key revenue source for Inuit.

But in March 2013, CITES member states rejected a proposal to move the polar bear to from the Appendix II list to the Appendix I list of the Convention on the International Trade of Endangered Species.

Canada, the United States and Greenland each allow a limited Aboriginal polar bear hunt, although Canada is the only country that permits international trade.

Polar bear hunting is banned in Norway and Russia, while the latter has worked to tighten its polar bear policy in response to recent reports of poaching.

Population surveys show that polar bear subpopulations in Canada are stable or increasing and ITK says that’s largely due to a unique joint-management system operated by governments and Inuit organizations.

Only about two per cent of Canada’s polar bear population enters the trade market each year — fewer than 300 bears.

But one of the key commitments made at the Moscow forum is that the five states responsible for polar bear populations will work on managing the polar bears’ habitat in ways that will take into account the Arctic’s shrinking ice cover and increasing industrial activity.

“We welcome all the commitments made today,” said WWF Canada’s polar bear lead, Geoff York, in a Dec. 4 news release. “But we will also be watching to see that they are backed by action. ”

The WWF plans to track the activities of the states in an annual report card, while also continuing its polar bear research in the Arctic and reducing conflict between bears and people.

The WWF also called on the range states to take steps to address the longer-term threat that climate change poses to polar bear habitats, by investing in renewable energy. 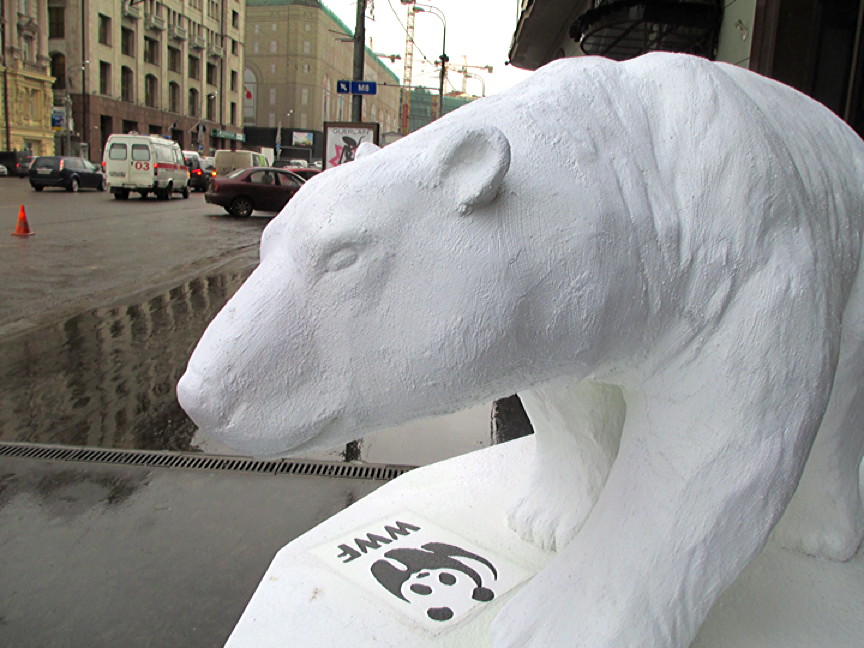 Inuit from across Canada are in Moscow to take part in an International Forum on Conservation of Polar Bears, organized by WWF Russia on behalf of Russia’s Ministry of Natural Resources and Environment. (PHOTO BY SUE NOVOTNY/WWF)