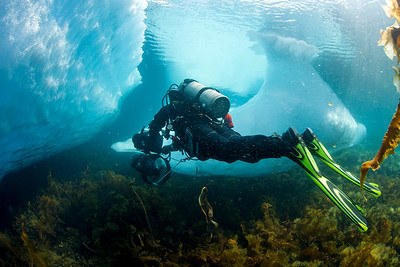 An all-women team of international scientists, researchers and environmentalists is on its way to Iqaluit this week to study climate change and mentor a group of young Inuit woman across Nunavut.

The Sedna Epic Expedition is a four-year long project that launched in 2014. This year’s expedition is sending a team of 12 to Iqaluit July 25 to explore changes to the Arctic Ocean.

The group just confirmed a multi-year partnership with First Air, which will be the team’s main air carrier.

“First Air’s extensive experience in operating in remote areas across the Arctic will enable us to conduct scientific research and to deliver our community outreach programs focused on ocean education and climate change mitigation efforts,” said Susan R. Eaton, the founder and leader of the Sedna Epic Expedition, in a July 21 release.

Over the next couple of weeks, the Sedna team will conduct satellite tagging and DNA collection research on Greenland sharks, a deep-water species.

Using mobile saltwater aquariums and underwater robots equipped with video cameras, divers will work with Inuit advisors, including Johnny Issaluk and Aaju Peter, on “Bringing the Ocean to Eye Level.”

That includes suiting up a group of young Nunavummiut women in dry suits and masks to introducing them to scuba diving and snorkeling.

This summer’s expedition will act as a lead-up to Sedna’s main event — a 100-day snorkel relay of the Northwest Passage, a 3,000 kilometre stretch from Pond Inlet to Tuktoyaktuk, Northwest Territories.

The relay is designed to bring global attention to disappearing sea ice in the Arctic, while encouraging young Inuit to tackle climate change.