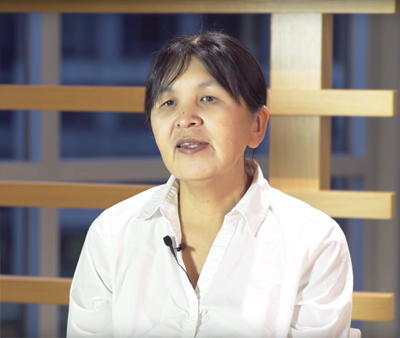 Raigelee Alorut, originally from Iqaluit, is a university graduate living in Toronto. (IMAGE COURTESY OF COU) 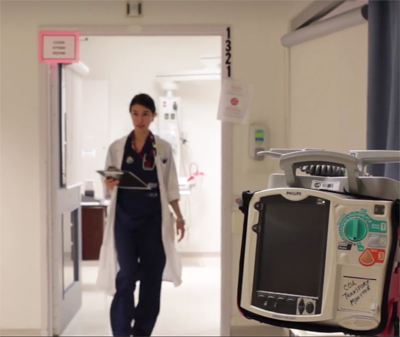 Cardiac surgeon Donna May Kimmaliardjuk is currently doing her residency at the University of Ottawa’s Heart Institute. (IMAGE COURTESY OF COU)

Raigelee Alorut was late in beginning her university studies, but today, Alorut has become a spokesperson for an Ontario campaign that encourages Indigenous people to pursue higher education.

The Council of Ontario Universities, a coalition of 20 publicly-funded universities across the province, launched a campaign earlier this week called “Let’s Take Our Future Further.”

The campaign includes the stories of 13 Indigenous students across the province, including two Inuit, who are encouraging other Inuit to consider a post-secondary education.

Alorut, originally from Iqaluit, has lived for many years in Toronto, where she earned a Bachelor of Arts in Aboriginal Studies. At 51, she calls herself a “late starter,” but adds that it’s never too late to go back to school.

“As a mature student and grandmother, it was really tough,” Alorut said. “I was overwhelmed by the workload because I didn’t know how to write essays or reports when I arrived on campus. I suddenly had to study hard and read a lot of books, which was not something that I was used to.”

But she persevered, in large part she said thanks to support from a student counsellor and the University of Toronto’s First Nations House.

Alorut us currently working as an Inuktitut instructor and interpreter, but soon plans to return to university to do graduate studies in education.

She hopes her hard work has also served as an inspiration to a younger generation.

“It is time that my grandchildren take these steps and be the future of the new generation,” she said. “It’s important for me that my children and grandchildren can live their dreams.”

Alongside Alorut, Canada’s first Inuk cardiac surgeon is also featured in COU’s new campaign. Donna May Kimmaliardjuk, whose mother hails from Chesterfield Inlet, is currently doing her residency at the University of Ottawa’s Heart Institute.

“I feel very fortunate that I’ve received a great deal of encouragement from my family in pursuing my goals,” Kimmaliardjuk said in a video posted to the campaign website.

“I have met so many great people and learned so much. These are things I would have missed out on if I had chosen to stay at home and to take a more comfortable road.”

There are about 6,500 Indigenous students enrolled in Ontario universities, and thousands more alumni.

There aren’t statistics showing where Nunavummiut go to university when they decide to enroll, but with only a handful of university-level programs available in the territory, most post-graduate students are forced to study outside of Nunavut.

The Government of Nunavut recently awarded a contract to an independent firm to explore the feasibility of building a territorial university.