Donna May Kimmaliardjuk to start training as cardiac surgeon 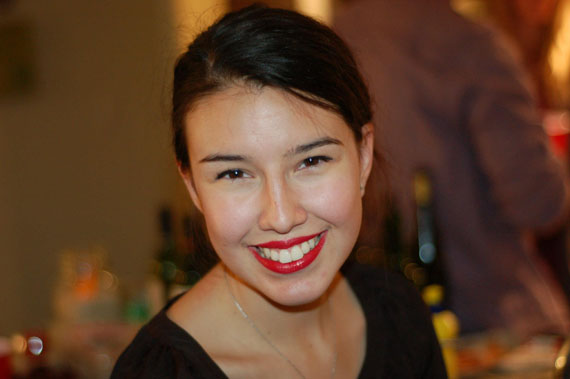 Donna May Kimmaliardjuk, whose family comes from Chesterfield Inlet, starts training to be a heart surgeon this year in Ottawa. (PHOTO COURTESY OF DONNA KIMMALIARDJUK) 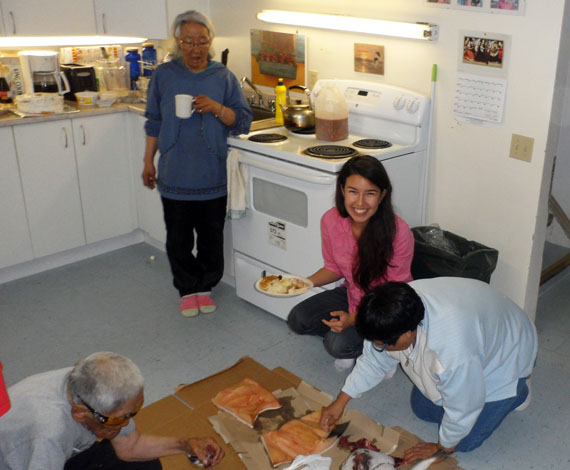 In this 2012 photo, Donna Kimmaliardjuk enjoys a Christmas feast with Nunavummiut friends and relatives. (PHOTO COURTESY OF DONNA KIMMALIARDJUK)

Nunavut has produced plenty of talent: from authors, educators, musicians and lawyers.

And while she might be considered a generation removed, the territory will see its first Inuk medical doctor emerge when Ottawa-based Donna May Kimmaliardjuk starts training as a cardiac surgeon this year.

Kimmaliardjuk, 24, grew up hundreds of kilometres south of her mother’s hometown of Chesterfield Inlet.

But she’ll still tell you she grew up in an Inuit community, taking part in local feasts and hosting Nunavummiut relatives in her Ottawa home.

“It was definitely part of my upbringing,” said Kimmaliardjuk. “It was important to both of my parents to have that culture as part of our lives.”

Part of her upbringing also included a love for academics – Kimmaliardjuk took a shine to the sciences, particularly biology — and was taken by the idea that she could help save people from illness.

Those interests steered her through a bachelor of science degree at Queen’s University and directly into medical school at the University of Calgary, where Kimmaliardjuk will receive her diploma May 8.

But that only marks the beginning of the next step in Kimmaliardjuk’s training.

While sitting through university lectures in Calgary, Kimmaliardjuk became interested in the physiology of the heart and all its intricate workings.

Soon, she’ll return home to embark on a six-year residency at the University of Ottawa Heart Institute, one of the country’s largest and leading cardiovascular health centres.

“It’s a strange feeling. It’s nerve-racking now that I’ve got real experience coming up,” she said. “It does feel a bit daunting, but it’s really what I want to do.

“At least now, it’ll be hands on everyday.”

It wasn’t until she entered medical school that Kimmaliardjuk considered the significance of her training, that very few Inuit have become medical professionals.

Dr. Noah Carpenter, from the Inuvialuit region of the Northwest Territories, is believed to be Canada’s first Inuit doctor and was honoured with an Aboriginal Achievement Award in 1995. He works as a thoracic surgeon in Brandon, Man.

And Dr. Danika Edmunds, whose family comes from Hopedale, Labrador, is believed to be the first Inuk woman in Canada to become a doctor.

So Donna May’s mother, Julia Kimmaliardjuk – who works as a health coordinator for Pauktuutit Inuit Women of Canada – told her daughter it’s a distinction she should be aware of.

Kimmaliardjuk, who self-identifies as Inuit, said she feels proud of that recognition.

“I realize the opportunities I had are different than what other Nunavummiut might have,” she said. “But I’m a strong believer that education opens doors, however challenging and daunting it can seem. It’s so valuable.”

Although Kimmaliardjuk considered practicing family medicine — and even practicing in Nunavut — she’s now opted for the operating room.

“I’ve felt some guilt that I hadn’t chosen that [family medicine],” she said. “But someone told me how important it was to go after my dreams. And I don’t have to be in the North to give back to my community.”

And while she’s still years from her end goal, Kimmaliadjuk advises other young students to pursue what makes them happy — and stick to it.

“It’s so important when you have that ultimate goal, to keep persevering, because it can really pay off,” she said. “After all this, it makes me so glad to be able to do what makes me happy.”