“Yes, there is racism” 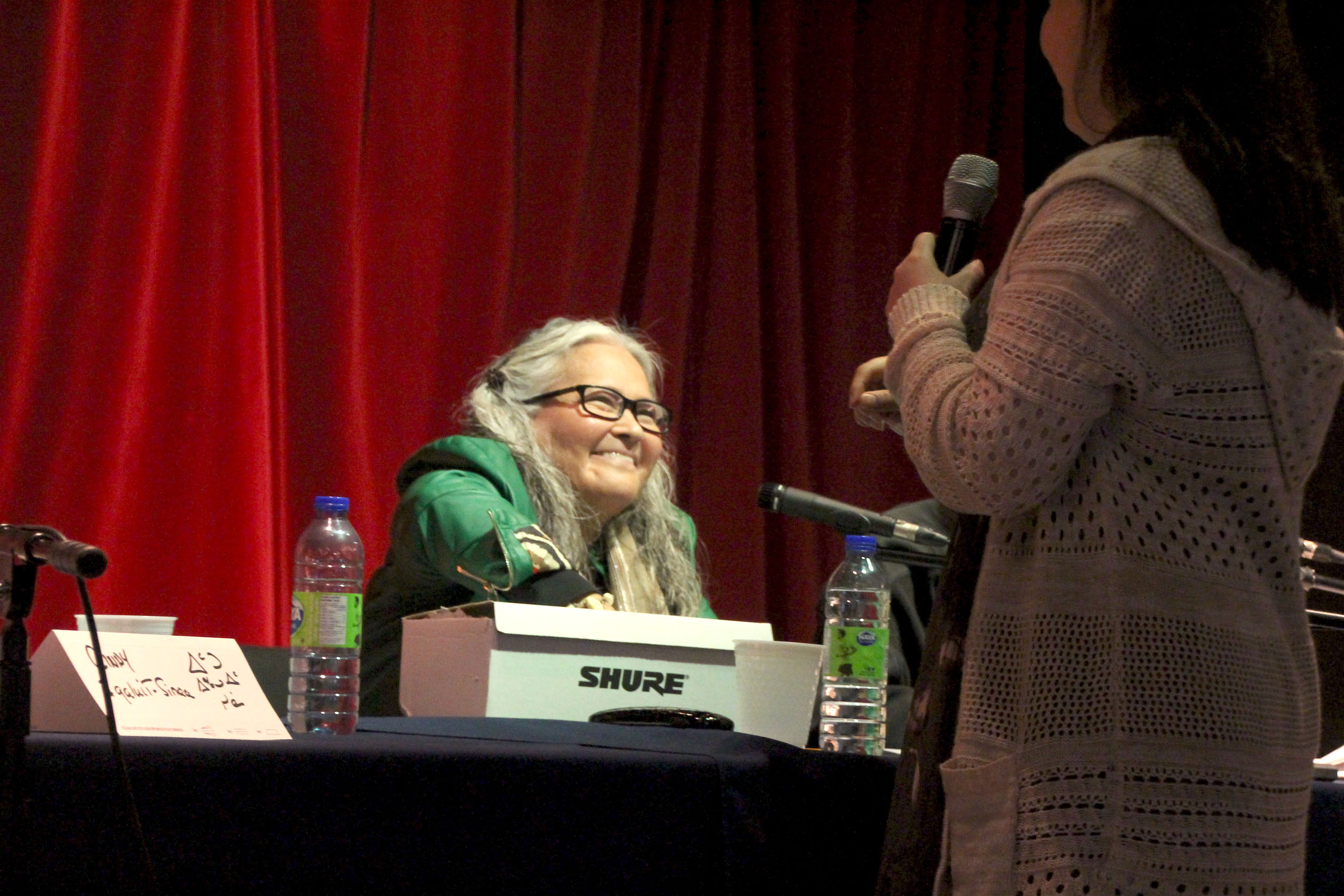 Elisapee Sheutiapik said that as a business person she is committed to hiring Inuit and the territorial government should take the same approach. (PHOTO BY BETH BROWN) 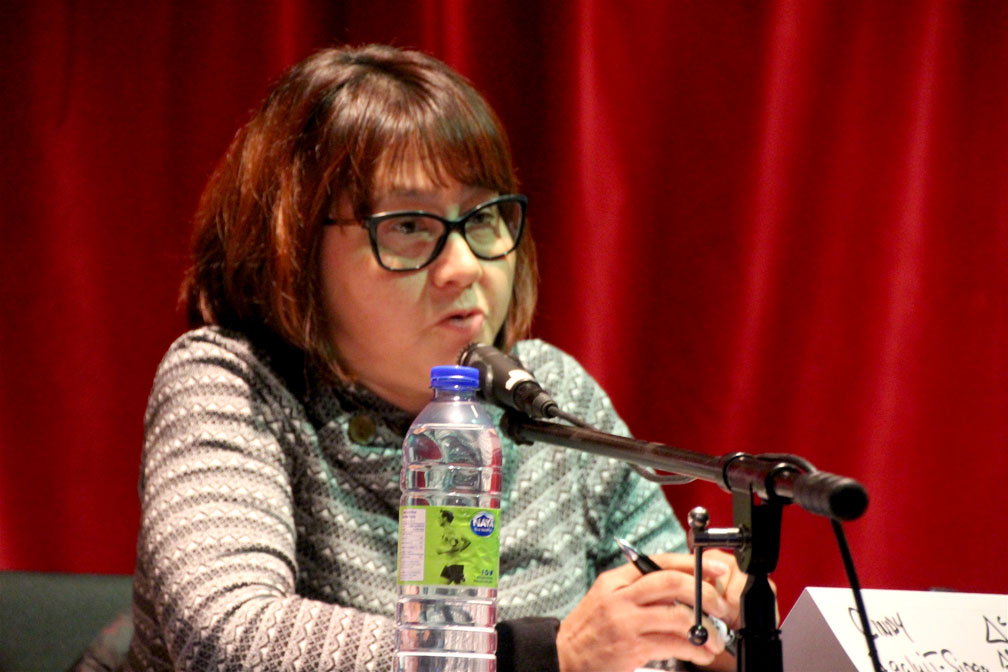 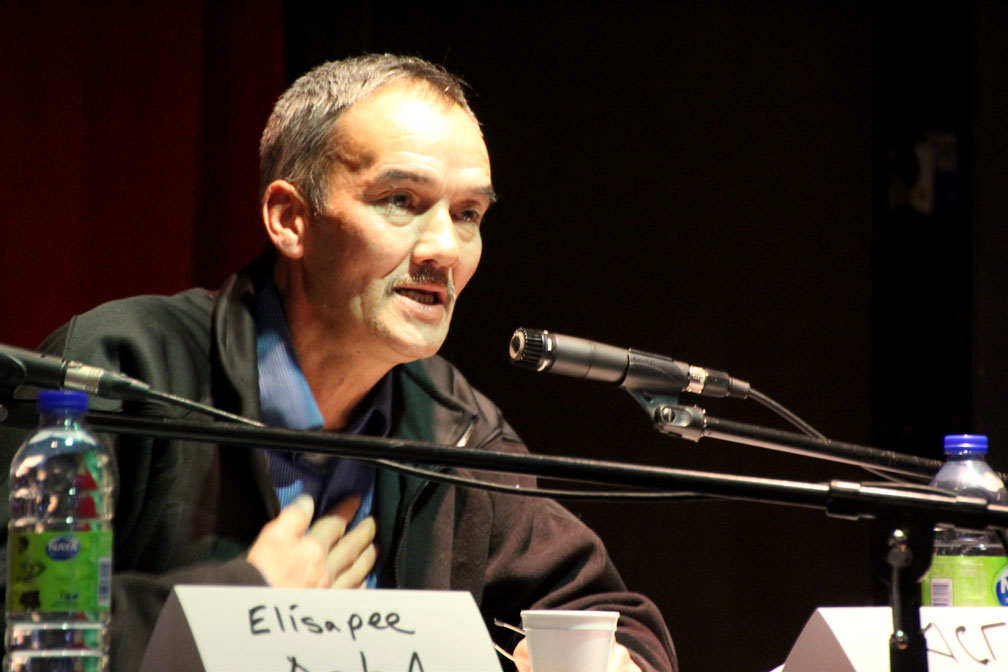 Adamee Itorcheak says he’s “pro-business,” but the environment should be protected when resources are developed. (PHOTO BY BETH BROWN) 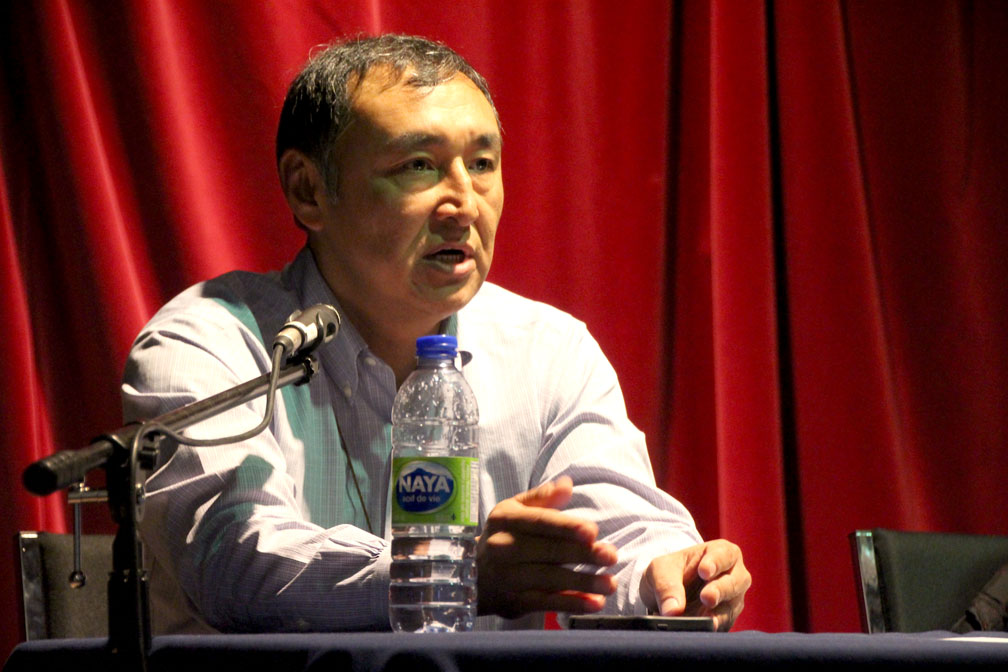 The Iqaluit-Sinaa incumbent, Paul Okalik, said he values the environment so much, he’ll carry his empty water bottle back to Ottawa for recycling. (PHOTO BY BETH BROWN)

The four candidates running in Iqaluit-Sinaa responded to questions on health care, Inuit employment, the child welfare system, and how to balance environmental protection and resource development at a forum held Oct. 25 at Iqaluit’s francophone centre.

The candidates all received five minutes to pitch their campaigns before they fielded questions, drawn at random and read by organizers.

And candidates were allowed to respond in their language of choice, but because no interpretation was available, some candidates answered in both Inuktitut and English.

“Our health care is still a struggle for constituents,” even when it comes to emergency care, said the incumbent MLA, Paul Okalik. “That’s a basic need.”

“One of the biggest barriers we face is for Inuktitut patients that are unilingual. They struggle to understand what they need to improve their health.”

“We need to provide more support, more resources for our health-care workers,” she said. “They need to have culturally relevant training to understand what our needs are.”

The candidates also responded to a question asking them if racism against Inuit plays a part in low rates of Inuit employment within government.

“Yes there is racism,” said Elisapee Sheutiapik, a past Iqaluit mayor who is currently the president of the Qulliit Nunavut Status of Women Council.

She also owns the popular Grind and Brew coffee shop with her husband.

“I as an individual commit to employing Inuit people. As a business person I choose to do that,” she said.

Sheutiapik said she was recently asked, “What if Inuit don’t show up to work?” She said she responded by asking, “Do you take the time to ask why they didn’t come to work?”

“We have to employ Inuit,” Sheutiapik said, because Nunavut was created on the principle of making life better for Inuit.

Okalik said that while “Inuit are still at the bottom of the socioeconomic ladder,” strides made by recent governments have left him encouraged.

“There is hope,” he said, adding that he was the author of the territory’s Human Rights Act.

He said the reality of racism has to stay at the forefront of political conversation so that measures can be put in place to answer the question, “How do we make it better?”

Itorcheak also chimed in on the third question, which asked how candidates would balance environmental protection and resource development.

He said that he is “pro-business,” but not when the land is in jeopardy.

And it’s not just the land, “it’s the ocean too,” Itorcheak said.

To prove that point further, Okalik held out the plastic water bottle sitting on the table in front of him, and said that when it’s empty, he’ll take the bottle to Ottawa to recycle it out of respect for wildlife.

“The animals, we love them, and they deserve the same protection as anyone else,” he said. “Yes, we can develop, but we have to balance it with proper protection so that we are not left with a mess.”

Rennie said she wants to see more support for artisans and hunters so that the economy can grow while Inuit ways of life are still supported.

But Sheutiapik said balancing environmental protection with economic development means working with rules that are already in place.

“It sounds like a hard question, but it’s very simple. When Nunavut was created there were bodies created to protect it. We have the Nunavut Impact Review Board and organizations like hunters and trappers,” she said.

“There are a lot of unwanted children. We need to educate our children to prevent becoming pregnant,” said Rennie, in a comment on the need for sex education.

Rennie, who said she is adopted herself, learned when she was 19 that she did not have a legal last name, but had a number instead.

“It needs improvement. I know how it feels. We can improve that.”

As for adoption, Rennie said new homes should be found within the territory if possible. “We need to keep our children in Nunavut,” she said.

Sheutiapik, who was also adopted and is currently a foster parent, said support needs to go towards parents in homes where children are taken away.

Okalik said funding support given to foster parents should be raised.

“This is one area where our culture can be used to strengthen the child welfare system,” he said.