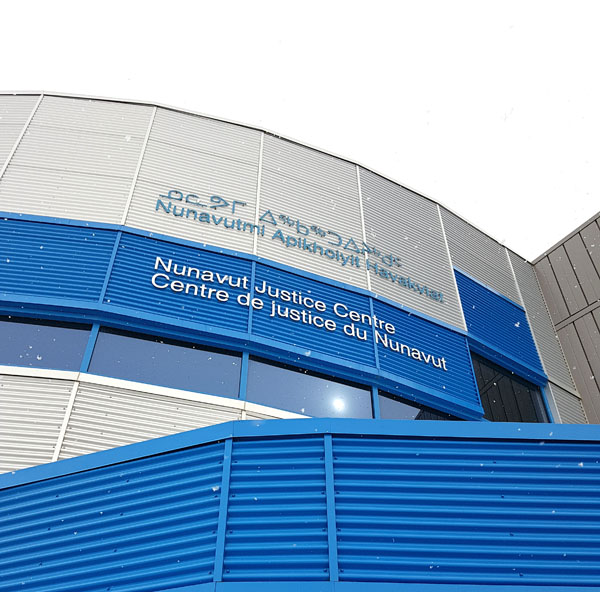 William Allen Pierce was sentenced to three years’ jail time minus time already served—so 1,005 days. He’s asked to serve his sentence in Manitoba to be closer to family. (FILE PHOTO)

An Iqaluit drug dealer has been sentenced to three years’ jail time stemming from charges of possession and trafficking cocaine.

William Allan Pierce was arrested and charged in August 2016 after police seized almost a pound of cocaine from his Iqaluit home.

He later pleaded guilty to one count of drug trafficking and another count of possession of over $5,000 in proceeds gained from criminal activity, while five other trafficking-related charges were stayed.

Now 30, Pierce was 27 years old at the time he was arrested and had no previous criminal record.

Pierce had been out on bail conditions since 2016, during which time he attended job training and was permitted by the court to visit family—including his six-year-old daughter—in Manitoba, where he worked for a time at a store.

In her June 25 decision, Nunavut Court Justice Bonnie Tulloch highlighted the “dangerous and disastrous effects of cocaine addiction” in the North.

“In Nunavut, those who become addicted to hard drugs, such as cocaine, often destroy their lives and their families,” she wrote.

“To make matters worse, there are few resources and no residential treatment centres or programs in Nunavut to deal with the serious aftermath which results from traffickers who make cocaine accessible in this territory.”

She also noted that Pierce had himself once worked as a guard at Baffin Correctional Centre and would have seen first-hand the effects of drug addiction.

But Tulloch said that Pierce’s strong family network in Manitoba and his rehabilitative efforts factored greatly into her decision.

Pierce will serve three years minus time already served—so 1,005 days. He cannot possess firearms for a 10-year period and must pay a $200 victims of crime surcharge.

Pierce, who surrendered back into custody at Baffin Correctional Centre last month, has asked to serve his time in a Manitoba prison so he can receive visits from his family. He also intends to stay in Manitoba upon his release.

Tulloch said she would make a recommendation to see Pierce transferred to a facility out of the territory.

“You must now live with the fact that you have caused considerable damage to this community and I am sure that people here will be glad that you will not be returning to Iqaluit upon your release,” Tulloch said in her sentencing decision.

“I feel for your family and am encouraged by your prospects for rehabilitation,” she said. “I hope you fully understand the consequences of your actions.”