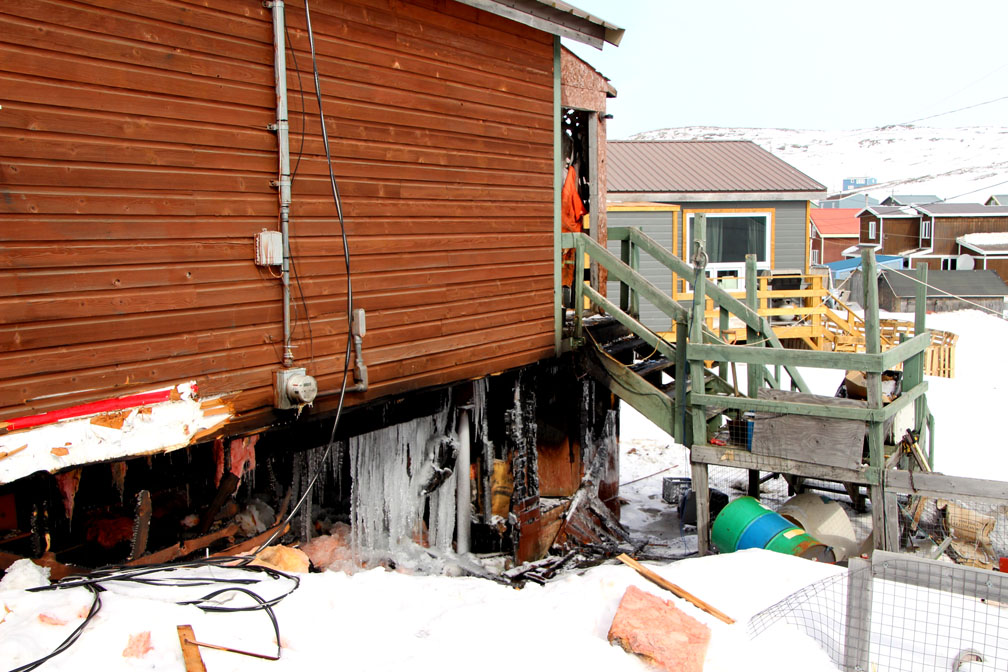 This house in Iqaluit’s Happy Valley area caught fire on the evening of April 29. (PHOTO BY BETH BROWN)

House 1659 in Iqaluit’s Happy Valley neighbourhood is still standing following a fire on Sunday evening that broke out underneath the building.

“We contained it to underneath the house,” Deputy Fire Chief Nelson Johnson told Nunatsiaq News today.

Firefighters spent about two and a half hours extinguishing the flames, which started at about 5:30 p.m.

“We responded with a crew of 12. We deployed three hose lines to aggressively attack the fire from underneath the house,” Nelson said.

A cloud of smoke could be seen billowing over the neighbourhood as the crew fought the fire, while a small crowd of neighbours and passersby gathered to watch.

Residents were in their home when the fire started, but no one was injured.

The house will have to be inspected to make sure that the integrity of the structure is not damaged, Johnson said.

Aside from some smoke and water damage, the interior of the house is OK and residents did not lose their belongings, he said.

The cause of the fire, which is unknown, is still being investigated, Nelson said.

The blaze marks the second significant fire of 2018. On Jan. 1, a fire razed a multi-unit building on the Apex road, leaving five families without homes.