“In a moment, in the blink of an eye, this can happen and your life has changed” 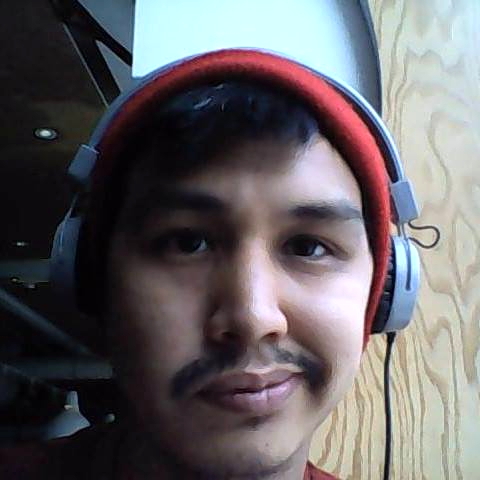 Napu Boychuk suffered a spinal cord injury Dec. 13 on the beach at Varadero in Cuba when a strong undercurrent pulled him underwater. His sister, Tuutalik Boychuk, who was on vacation with him, has been at his side in hospital ever since. Friends are organizing a fundraiser Jan. 16 at the Cadet Hall in Iqaluit to help out the family. (NAPU BOYCHUK FACEBOOK PHOTO)

It’s the measure of your impact on others when they come running to help you when you’re down.

In the past two weeks, more than a dozen Iqalungmiut have come together to put on a fundraising event this Saturday night, Jan. 16, at Iqaluit’s Cadet Hall, and it’s all to help out Tuutalik Boychuk and her younger brother Napu.

While on holiday in Cuba in early December, Napu, who lives in Toronto and is in his final year of a Bachelor of Fine Arts program in dance at Ryerson University, was caught in a strong undercurrent while on the beach at Varadero.

Tuutalik described the details of what happened next in a long posting on Facebook Jan. 3.

Napu drowned, was resuscitated, suffered a devastating spinal cord injury, and underwent emergency surgery to repair two of his vertebrae.

Tuutalik has decided to keep Napu in Cuba for now because of the excellent health care and physiotherapy he’s receiving.

Napu is still unable to move his arms and legs and, as of Jan. 11, he still needed a ventilator to help him breathe sometimes.

In a post to Napu’s Facebook page, Tuutalik told his friends, “he is making progress day by day and is able to breathe without the ventilator more and more each day.”

“The first thing I thought was, oh my God, imagine if I was in this situation,” said Christine Lamothe, a dance and yoga instructor in Iqaluit, a long-time friend of Tuutalik’s, and one of many who have taken on various duties for the fundraiser.

Lamothe said the event will raise money for his care and so that his family members can remain by his side.

“In a moment, in the blink of an eye, this can happen and your life has changed and you have to be by this person’s side, and you love this person, and you want them to come back to what they were. But it’s a new reality.”

Tuutalik has mentioned on Facebook that internet service is patchy from Cuba and that she’s been mostly at the hospital since the accident Dec. 13 so she hasn’t had a chance to correspond much with friends and family back home.

“She’s been by her brother’s side all the time,” Lamothe said. “They’re very, very close. She adores her brother.”

This weekend’s fundraising event was still coming together early this week and organizers are still ironing out the details.

But so far, the Jan. 16 roster includes child and family friendly events from 6 p.m. to 8 p.m. with live music and square dancing after that. The event is licensed from 9 p.m. onwards so children are not permitted after that time.

Lamothe said they plan to ask for a donation on the way in the door — perhaps $5 per person or $20 per family. They also plan to have a loonie-toonie sale, a 50-50 draw and perhaps a bake sale with donated food and snacks.

It’s amazing how quickly it has come together, Lamothe said. The Royal Canadian Legion donated the use of the Cadet Hall, musicians have come forward to play, and organizers are encouraging other musicians to join in for a jam session later in the evening.

“I was impressed with how many people showed up at the meeting and just wanted to get going. It was like, ‘OK, what can I do? I’ll do that.’ And people just took on roles and got stuff done right away,” Lamothe said.

“I think causes like this, when a member of our community is in need, I think it really just makes it easy for people to donate their time.”

You can find a poster for the event on the Iqaluit Public Service Announcements Facebook page.

If you want to help out with the event, email John Manzo at jmanzo517@hotmail.com.