Iqaluit RCMP to keep an eye out for illegal vehicles 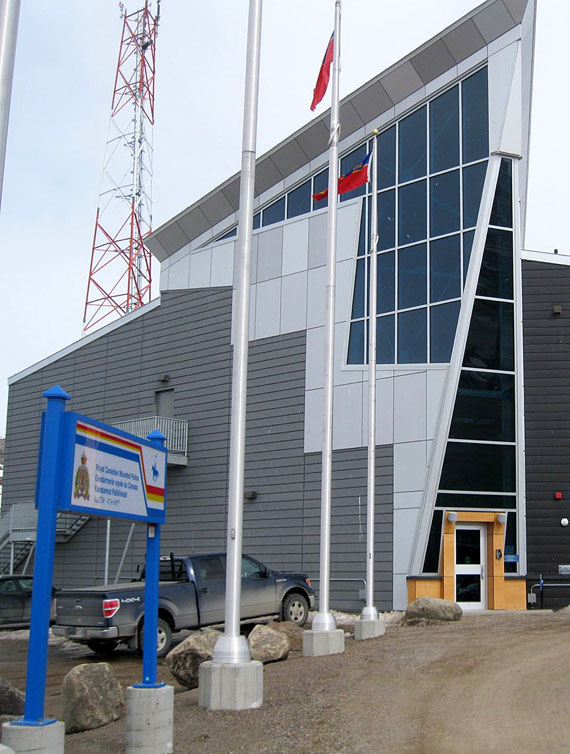 Police in Iqaluit promise to continue with their vehicle-stop initiative, which has proved successful at ensuring drivers and businesses keep their vehicles legally registered and insured, RCMP Cpl. Denis Lambe told city council at a Nov. 25 meeting.

Police were surprised, in October last year, when they found almost half of the cars and trucks they checked on Iqaluit roads did not have their paperwork in order.

That number has since plummeted to fewer than 10 per cent.

In a quarterly police report to city council, Cpl. Lambe reported that the detachment will continue to stop and check passenger vehicles in similar numbers this year. For the second quarter of the year, April to June, patrollers stopped about 90 vehicles for checks, and about 100 per month from July to September.

The checks resulted in five 24-hour suspensions to drivers in the second quarter and nine from July to September, Lambe reported.

A total of 17 drivers were charged with impaired driving over the entire period of April to September, and an additional 15 charged for other offences under the Criminal Code.

“These numbers show that traffic enforcement needs to continue to be a part of our everyday activities,” said the corporal, who presented the detachment’s reports on behalf of Staff Sgt. Monty Lecomte.

The detachment experienced a high turnover of staff this past summer with 17 new members transferred to Iqaluit out of a total of 24 personnel, Lambe reported.

“You’re looking at pretty much three-quarters of the detachment, that has changed this summer,” he said.

“We heard there was a training program that most members are given when they come to Nunavut,” said Coun. Kenny Bell. “Is that still happening?”

Lambe replied that long-time Iqaluit officer Sgt. Yvonne Niego works with new members “to brief them on different cultural aspects, and ways to deal with the local population to ensure they’re not agitating the situation as opposed to helping it,” he said.

The detachment is giving added training on search warrants, weapons and fitness this month, he said.

As cold weather and the holiday season approach, police will also be watching for pedestrians “who are intoxicated, and may need a ride home,” Lambe said. “Just making sure nobody’s walking around, freezing out there.”

In line with that, police will kick off an “impaired driving initiative” Dec. 10, which will continue through the Christmas holidays.

“Our members will be out in force, just making sure nobody’s drinking and driving,” he said.

Crime statistics for the middle of 2014 were roughly similar to 2013, Lambe reported, although arrests were slightly down overall.

Calls for service were up sharply in April-June of 2014, amounting to 2,596 compared to 1,881 from the year before, mainly because the detachment conducted almost 600 more criminal-record checks in that period.

Coun. Joanasie Akumalik recalled police had reported two separate incidents of missing teens in the last two weeks. Each individual was found within a few days.

One incident involved a 14-year-old teenaged girl, who had gone missing for five days in mid-November. More recently, a 15-year-old boy was reported and found within two days.

Asked about the probable cause, Lambe said he could not say publicly, adding that “we take it very seriously when kids are missing.”

“We’re trying to get help for the reasons that they went away from home for a few days,” he said. “We do what we can afterwards, to make sure that things are followed up and make sure it doesn’t happen again.”

The corporal added that the detachment often gets help from taxi drivers and municipal enforcement in such searches.

“They’ll tell us where they are,” Lambe said. “They’re a huge help for us.”