Unoccupied structure is a loss, but no one was hurt 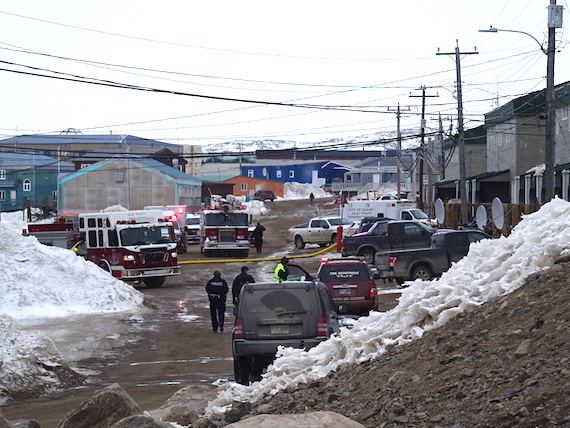 Firefighters, emergency response teams and the RCMP respond to the May 14 fire that left a small building used as a shed badly damaged. (PHOTO BY JANE GEORGE) 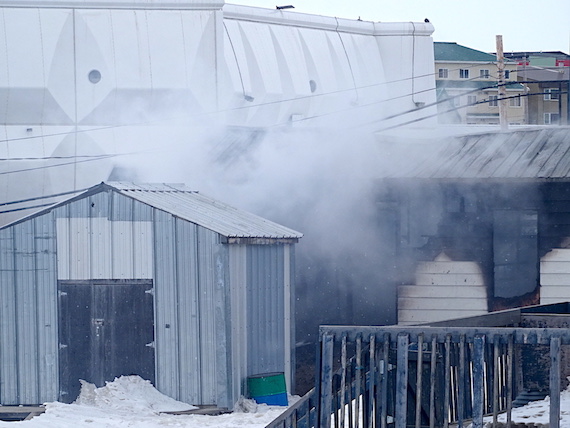 By about 5:30 p.m., only smoke and steam rise from the small building, as firefighters managed to quickly extinguish the fire. (PHOTO BY JANE GEORGE) 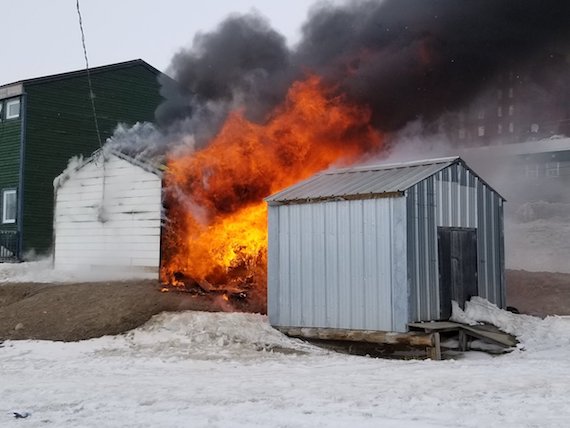 At about 5.p.m. on Monday, flames can be seen shooting out of this small building, located in the centre of Iqaluit and used as a shed. (PHOTO COURTESY BY TRAVIS COOPER)

What remains of the badly damaged structure, located behind the row of housing known as Green Row, not far from Nakasuk School, will be demolished over the next two days.

Johnson spoke at the site of the fire where he watched members of the fire department hammer signs saying, “Do not enter, extremely dangerous,” on the charred walls of the small white building.

The building was likely one of the prefabricated, 288-square-foot matchbox houses built in the 1960s.

Johnson said that by the time the fire department arrived at the scene yesterday, the shed was blazing. Firefighters then used two hoses to put out the flames quickly.

By about 5:30 p.m., only smoke and steam could be seen rising from the structure.

The shed, owned by the power corporation, contained 10 storage sections, which were fairly empty, Johnson said.

The fire’s cause is still under investigation, but appears to have started in one of those 10 sections.

No one was living in the building, which was boarded up, and firefighters, a combination of volunteer and full-time members, had to rip away boards to get inside to fight the flames.

“They did a good job,” Johnson said of their effort.

It was the third major fire for Iqaluit firefighters since the beginning of 2018.

On April 29, their quick action saved a building in Happy Valley.

Earlier, the new year started with a Jan. 1 fire in a five-plex, begun by a heater used to thaw pipes, which left many homeless. 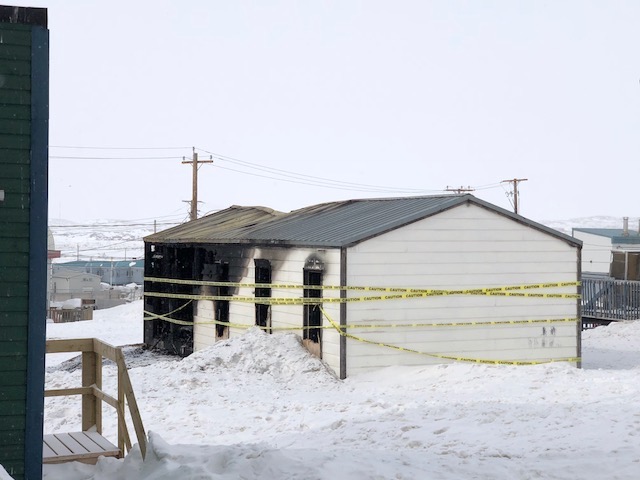 A yellow ribbon marked “caution” now circles the fire-damaged building, which is slated to be demolished within 72 hours. (PHOTO BY JANE GEORGE)