ITK’s big break with the past

“Embedded within its wooden verbiage, you’ll find an abrupt departure from the thinking of the recent past” 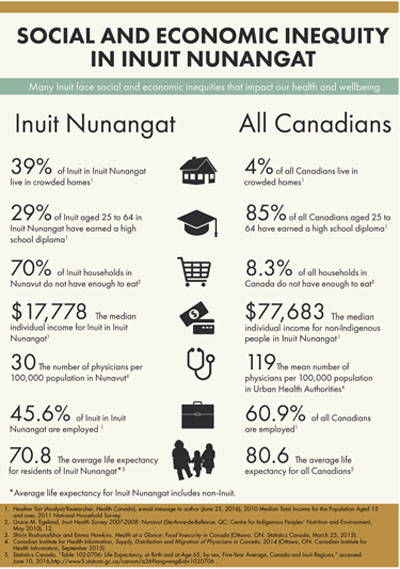 The Inuit Tapirisat Kanatami says the creation of social equity is one of six priorities contained in its National Inuit Suicide Prevention Strategy. The other five priorities are cultural continuity, nurturing health Inuit children, a continuum of mental wellness services, healing unresolved trauma and grief and mobilizing Inuit knowledge to build resilience.

Like most documents of its type, the National Inuit Suicide Prevention Strategy the Inuit Tapiriit Kanatami released last month is loaded with stilted bureaucratic euphemisms and academic jargon. It’s not an easy read.

But don’t let that put you off.

Embedded within its wooden verbiage, you’ll find an abrupt departure from the thinking of the recent past. You’ll find new ways of thinking — not only on suicide prevention, but also on many of the other heartbreaking social ills within which the tragedy of suicide is enmeshed.

That has led ITK to propose ideas for suicide prevention that — if governments and regional authorities actually carry them out — could in time produce some big and important changes for northern Canada’s four Arctic regions. By the cautious, conservative standards of northern Canada, it’s a radical document — for two reasons.

First, it draws immediate attention to the widespread poverty and deprivation that blights the lives of far too many Inuit who live within Canada’s borders.

That’s because it draws a direct link between that social inequality and the risk of suicide. This forms the basis of the priority that ITK put at the top of its list: social equity.

“There is a clear evidence from around the world that social disadvantage, such as living in poverty and not getting enough to eat, is linked to higher rates of suicide. Achieving social equity is necessary to prevent suicide; it is also a broad and overarching goal that will improve many other areas of life,” the document states.

In plain language, overcrowded housing, poor nutrition and limited health care will shorten your life. One way those forms of deprivation shorten lives is through the creation of living conditions that magnify the risk of suicide.

“Preventing suicide is entirely possible, but our success depends on our willingness to confront the social and economic inequities that place stress on many families and create environments where risk for suicide multiplies,” the strategy document says.

That said, it’s worth pointing out that ITK is not a government. They don’t employ social workers or doctors. They don’t operate nursing stations, treatment centres or counselling services. Nor do they offer social assistance, social housing or any other income distribution programs.

It’s a lobby group, representing the interests of Canada’s four regional Inuit organizations, three of which are structured as private corporations. As such, ITK can and does exert influence on governments. On their own, that’s about all they can do.

And even the federal government — normally — has a somewhat limited role to play. That’s because most of ITK’s social policy proposals fall within the jurisdiction of territorial and provincial governments, in line with the division of powers set out in the constitution.

But on suicide prevention, ITK appears to have acquired a little bit of clout that it can use to help exert its influence. And that is the $9 million contribution that the federal government announced this past July 27, when ITK released its strategy.

The federal government said the money is for Inuit-specific mental health services, improvements to early childhood education, and a fund to pay for Inuit-led suicide prevention projects, including “initiatives administered jointly by ITK and Health Canada.”

It remains to be seen whether this money will be spent well or whether it will degenerate into a politicized slush fund. But since ITK effectively shares the power to decide who will receive contributions, they’ll wield more influence than they’re usually capable of.

That said, in Nunavik, they’ll be dealing with a region that lies within a province, Quebec, that for many decades has been hostile to any attempt by the federal government to use its spending power to intrude into its jurisdiction, especially on social policy.

However, given Nunavik’s deplorable record on youth protection and the regional health board’s struggle to provide a credible response to the region’s latest suicide crisis, it’s essential that Nunavik and Quebec pay attention to ITK’s proposals and carry them out.

ITK’s five other priorities urge action in areas we often hear about: approaches to healing that connect Inuit to land, language and culture; support for the nurturing of healthy Inuit children; better mental wellness care; the healing of unresolved trauma and grief; and better use of Inuit knowledge and experience.

They’re numbered one to six, but they don’t form a hierarchy. ITK stresses that all six priorities are of equal importance and that authorities should advance them all concurrently.

And that leads to ITK’s second big break with the past: it’s unstinting reliance on evidence-based policy. “Evidence-based policy” has become a trendy buzzword for nearly all governments and political parties. Politicians and bureaucrats now spout that phrase every day with little regard for what it actually means.

But in this case, ITK really means it. The National Inuit Suicide Prevention Strategy cites 59 academic studies and articles to support its calls for action.

“Preventing suicide is a shared priority across Inuit Nunangat, yet current efforts are not based on a shared, evidence-based understanding of the known risk and protective factors for suicide,” the strategy says.

That’s what ITK hopes to change. We hope governments and health care agencies across the Arctic take that message seriously. JB