“A great time to gather and enjoy some good music” 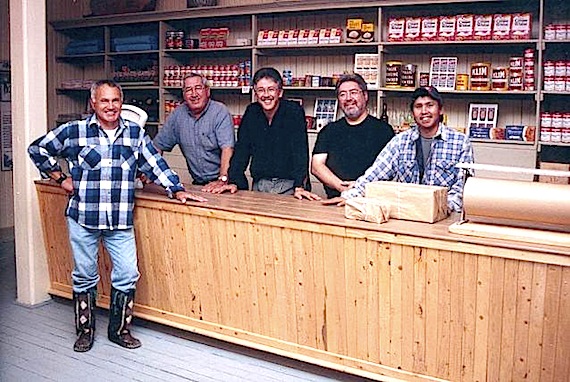 The Flummies are back at Aqpik Jam, Kuujjuaq’s annual music festival named for the prized cloudberries found around the community in August. Band members, from left, Richard Dyson, Alton Best, Leander Baikie, Tunker Campbell and Simeon Asivak will travel from their hometown of Happy Valley-Goose Bay to entertain festival-goers with traditional songs from Labrador. (FILE PHOTO)

“It’s a great time to gather and enjoy some good music,” said Paul Parsons, Kuujjuaq’s mayor and an Aqpik Jam committee member. “The festival is really to promote local and to invite talents from across the North and South.”

What’s special this year is the timing: earlier than before due to the warming climate and early ripening of the tasty cloudberries or aqpiks, which gave the music festival its name.

And festival-goers will be asked to assist those less fortunate by donating money to help the victims of famine in Somalia.

The musical line-up also includes Igloolik rockers Northern Haze and Algonquin rapper Samian, who returns to Kuujjuaq with a full band on Aug. 12.

Fans of traditional music will get a chance to see Happy Valley-Goose Bay’s The Flummies.

“Flummies” is what people in Newfoundland and Labrador call bannock.

And it’s what five Innugiamik Labradorimi, sons of Labrador, who come from Happy Valley-Goose Bay, decided to call their band.

Well-known in Atlantic Canada, the Flummies have performed as a group for more than 20 years.

During their career, the Flummies have received numerous East Coast Music and Nfld.-Labrador music industry association nominations, as well as the EMIA’s top aboriginal music award in 2003.

The Ottawa Valley sisters, who make up the group, Searson, will appear Aug. 11 with their energetic Celtic pop performance.

Blues rocker Angel Forrest will entertain the festival’s opening evening with her powerful voice Aug. 9, while Bat Taylor, one of the country’s best slide guitarists will play Aug. 10.

At the top of its musical line-up, Apqik Jam welcomes back Cree comedian Don Burnstick Aug. 11 and 12.

A recovered alcohol and drug addict from Alberta, Burnstick went on to train as an addiction counsellor. For the past 20 years, he has used humour to give talks on substance abuse and healing and wellness.

Parsons said he expects Burnstick’s performance and workshop to be among the largest turnouts of this year’s festival.

But while organizers hope to attract big crowds every year, the festival has grown to become an important launching pad for Nunavik artists.

“There are a lot of talented artists and we need to provide a venue for them,” Parsons said. “We hear all the time about them playing at home or at their local church, but Aqpik is key to showcasing them.

“The festival has been growing in that sense, by giving opportunity to budding musicians.”

Parsons points to Nunavik singers Elisapie Isaac and Beatrice Deer, who have both gone on to make a name for themselves in the South and internationally.

Kuujjuaq’s recreation committee is organizing the festival’s daytime activities, which range from beach-front games, a cake decorating competition and the festival’s aqpik-picking contests.

Local artisans are welcome to bring their crafts or baked goods to sell at the festival, Parsons said.

The festival committee has also agreed to collect money to donate to an aid organization that is working in Somalia. Volunteers will go around collecting money from festival-goers, while each dollar donated will be matched by the federal government, Parsons said.

The festival runs in Kuujjuaq from August 9 to 12, with most events held at the Katittavik town hall.

Admission is free for all events.

Here’s a look at the festival schedule:

The festival begins at noon each day.

On Tuesday, Aug. 9, the festival begins with a youth group performance, followed by:

Wednesday, Aug. 10’s line-up kicks off at noon with the Dancing Generation, along with:

And Friday, Aug/ 12 is the festival’s closing day, with: 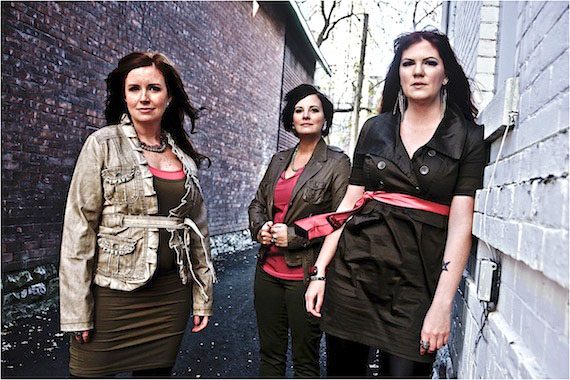 Searson will play its contemporary style of Celtic pop and country music at Kuujjuaq’s Aqpik jam Aug. 11. The group is made up of the Searson sisters, who grew up in the Ottawa Valley performing traditional Celtic music and stepdancing. The Aqpik Jam kicks off Aug. 9, welcoming performers like Quaqtaq’s Beatrice Deer, hip-hopper Samian and Happy Valley-Goose Bay’s The Flummies. (FILE PHOTO)