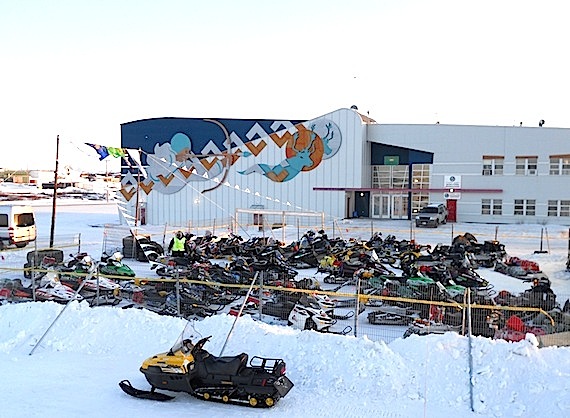 Competitors in one of the country’s longest snowmobile races began to arrive March 20 in Kuujjuaq, where teams are scheduled to do a 16-hour layover.

And, since then, the teams, more than 30 teams in all, have travelled hundreds of kilometres through Goose Bay, up the Nunatsiavut coast to Nain and inland west to Kuujjuaq.

After their Kuujjuaq layover — the event’s only stop in Nunavik — drivers will continue on through Schefferville and finish the 2,500 kilometre race in Labrador City.

The race, which launched in 2006, has grown from three competitors to almost three dozen.

Cain Quest’s participants come from across Canada and even from the United States, although many around from Newfoundland and Labrador.

Many snowmobile enthusiasts compete in the race out of personal interest, but the prize purse doesn’t hurt — the winners of Cain’s Quest take home $70,000 and two new Arctic Cat snowmobiles.

Fans can follow the teams via satellite on www.cainsquest.com.