Kuururjuaq — a Nunavik park developed and managed by Inuit 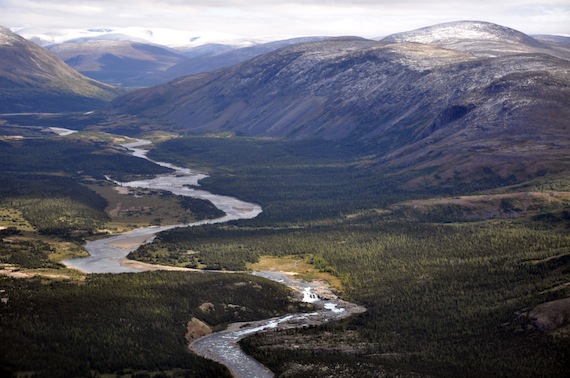 A Twin Otter ride into Kuururjuaq park offers the best views of the Torngat mountains as well as one of the park’s centrepieces, Korluktuk falls (bottom centre). (PHOTO BY SARAH ROGERS) 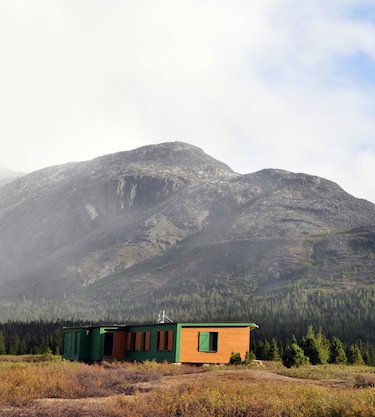 Parks staff transported 60,000 pounds of construction materials to Kuururjuaq park’s base camp over the winter. Materials were used to build this new shelter, which can sleep about a dozen visitors plus parks staff. (PHOTO BY SARAH ROGERS) 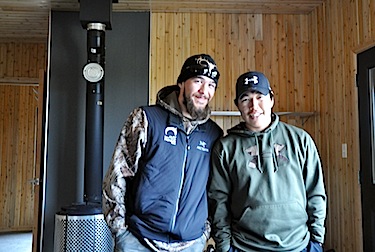 The Twin Otter flight from Kangiqsualujjuaq to the centre of the park follows the Koroc River as it bubbles over the Korluktok falls, winding through patches of black spruce and reddish-coloured lichen.

A bright green dot appears as the plane descends into a valley between the Torngat Mountains.

That’s where veteran Air Inuit pilot Pierre Laplante eases the aircraft down along a mossy path, as the plane’s passengers erupt into cheers.

This is Kuururjuaq’s “base camp,” with a new shelter that’s just been constructed over the summer months.

The smell of a stewed caribou lures visitors inside the shelter, a simple wood cabin painted bright green.

Inside you can hear French, English and Inuttitut.

That’s because Quebec Premier Pauline Marois and a delegation from Quebec City have come to visit the park for a few hours — doubling the number of summer visitors to the park during their brief visit.

With a number of southern reporters and film crews along for the trip, this is some of the best exposure the park has had, said Michael Barrett, assistant director of renewable resources, environment, lands and parks at the Kativik Regional Government.

The few dozen people who visited Kuururjuaq over this summer came to enjoy the scenery, and for more dramatic activities such as rafting down the Koroc or to hike Mt. D’Iberville, Quebec’s highest peak at 1,652 metres (5,419 feet).

Mt. D’Iberville sits along the border between Quebec and Labrador, next to Kuururjuaq’s neighbouring park: Torngat National Park.

Barrett doesn’t want to compare the two, but he does say that Nunavik’s parks are unique in that they are developed and managed by Inuit — a number of park employees are trilingual and have family history in the area.

“I think it’s really interesting the way our parks are developing,” Barrett said. “We’re able to do it a lot closer to the people in the region.”

Many of Kangiqsualujjuaq’s elders were actually born in the area, further downstream in the char-rich area on the other side of the Korluktok falls.

The area also marks the route to Labrador travelled by many Inuit.

While many Inuit travelled this river valley by foot in times past, today, the 160-kilometre trip from Kangiqsualujjuaq to the three-season base camp is mostly reached by plane or snowmobile.

That’s how park warden Jimmy Chevrier transported some of the 27,000 kilos (60,000 pounds) of building material to the site over the winter months.

Chevrier said it took 210 trips to haul all the wood to the site, which was carried in specially-designed qamutiks.

There is still more infrastructure to build; like a tent platform alongside the river at base camp, as well as other shelters closer to Korluktok Falls, and a the headwaters of the Koroc.

This is all thanks to a $2.25 million funding agreement between the Quebec government, the local landholding corporation and the KRG, which runs from 2013-2017.

Kuururjuaq is Nunavik’s second provincial park or “parc national” in French. The region is now home to four designated parks, and reserves for two more, each meant to highlight a different part of the region’s natural zones. 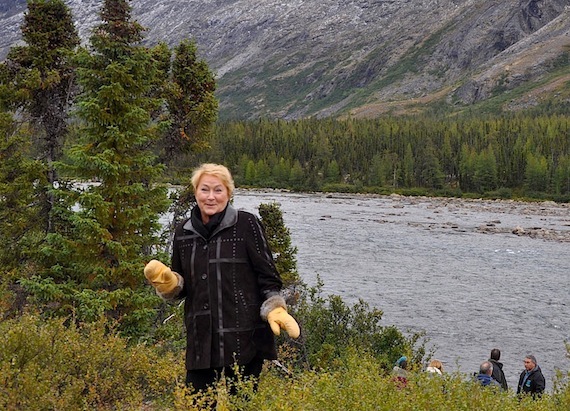 A walk in the park: Quebec Premier Pauline Marois, wearing Nunavik-made mittens to guard off the chill, visits the Kuururjuaq park Sept. 13. (PHOTO BY SARAH ROGERS)