Learning to focus on needs of child victims in Nunavut 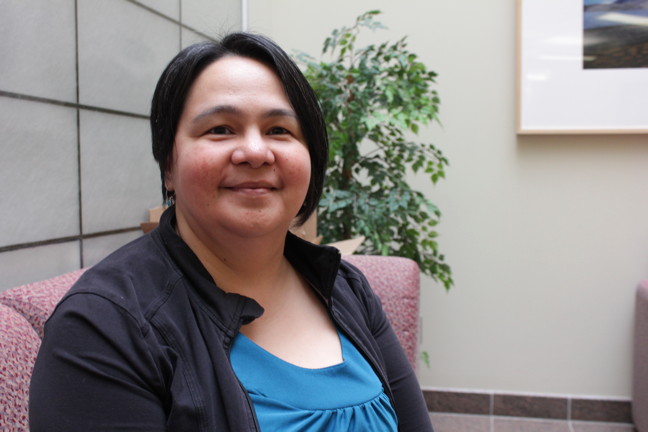 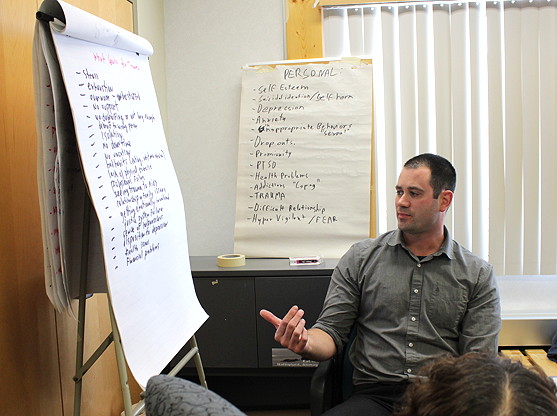 Nunavut RCMP Cst. Alex Boucher of ‘V’ Division’s Cape Dorset detachment explains the kinds of things that can lead to trauma at a course offered this week in Iqaluit. (PHOTO BY LISA GREGOIRE) 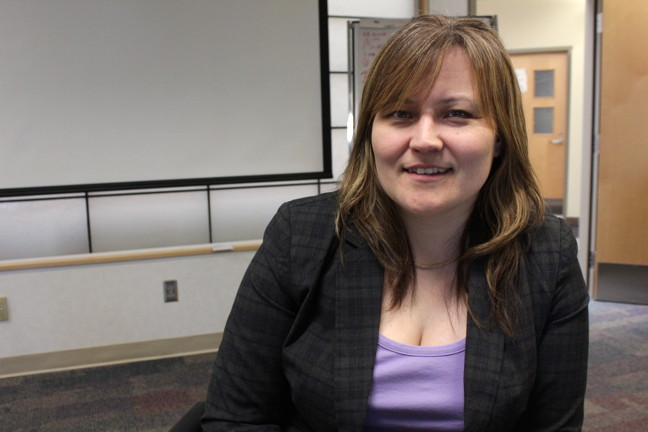 Nunavut RCMP Sgt. Yvonne Niego was one of two facilitators for a course on investigating child sexual and physical abuse which concluded May 26 in Iqaluit. (PHOTO BY LISA GREGOIRE)

When a child discloses physical or sexual abuse, a whole series of professional and personal responsibilities kick in for the person who hears that information, whether it’s a teacher in Iqaluit or a family friend in Gjoa Haven.

But what to do first, and how?

More than two dozen people from Nunavut’s Baffin region— social workers, RCMP officers, Crown staff, mental health workers, victims’ services workers and others — gathered in Iqaluit this week to learn exactly who to tell, how to proceed with the investigation and why.

And that whole process is guided by one thing: the child.

“It’s designed so that everyone in the course has a deeper understanding and appreciation of the victim’s perspective, the witness’s perspective, as well as each person’s role along the way,” said Sgt. Yvonne Niego, one of the course’s co-facilitators.

“If you’re in a profession where you may receive a disclosure, you now know how to help guide someone through the process.”

Nanci Tagalik is a social worker with the Government of Nunavut in Iqaluit and, at the conclusion of the course May 26, said she looked forward to taking these teachings to Arviat, her hometown, when she relocates there later this month.

Right now, Tagalik deals with a lot of children who have been traumatized, neglected or both.

She counsels foster kids, some of whom get shuffled from place to place and have no real stability. And sometimes, she helps police officers remove children from homes at 2 a.m. when their parents are drunk and disorderly.

“Going into that is scary,” Tagalik said, “not knowing what you’re going to walk into, how bad the whole situation is.”

Speaking Inuktitut offers a real advantage, she said, especially when approaching elders or other unilingual people.

This course, she said, gave her both the tools and the confidence to play a leadership role in investigating child abuse.

“I know the importance of who to work with in the community when you go out to investigate a child sexual abuse,” said Tagalik.

“You need to prepare — prepare the room, make the child comfortable, you need to know who you’re working with. You need to mentally prepare yourself: how you’re going to get this information out of this child and to do it in the most comfortable way.”

When asked whether it will be easier or more difficult to do the job in a smaller community, she said knowing families and their histories would hopefully work to her advantage.

Niego weighed in on that topic later.

A large centre such as Iqaluit has ample facilities, colleague support and plenty of health care professionals to consult but children might be intimidated by all the strangers they have to deal with and the unfamiliar environments they find themselves in, Niego said.

In smaller communities, people know each, as Tagalik said, and might be able to understand the local circumstances and help to make children feel safe and comfortable right away.

“In small communities, you can connect everything and you know the overall effect and stress in a community by seeing the behaviours of the family once something surfaces,” Niego said.

Niego, along with Nancy Pellerin, a social worker from the GN’s Office of the Representative for Children and Youth, co-facilitated the four-day course, which is a joint partnership between the RCMP and the GN.

It’s offered three times annually, Niego said, once in each region, and is designed to break down barriers between various agencies who deal with children and get them working together to do what’s best for the child.

In fact, if a social worker in Pond Inlet signs up for the course, facilitators will often contact the RCMP officer to encourage them to come as well, to help build local relationships, Niego said.

But the course is not just about building bonds, it’s about actual procedures.

For instance, a child who has experienced physical or sexual trauma probably has a hard time talking about it, Niego said. To make that child explain what happened over and over — to a social worker, to a police officer, to a Crown prosecutor, to a judge — can re-traumatize the victim.

It’s better to contact with the different agencies involved to find out who needs to know what and then interview the child once, Niego said.

Who that child chooses to disclose to is also significant, Niego added. If a child trusts and feels comfortable with a certain person, then that person should be involved in the process.

There are many parallels between the principles contained in this course and the vision behind the Umingmak Child and Youth Protection Centre, a project spearheaded by the Arctic Child and Youth Foundation.

Currently in the feasibility stage, the Umingmak centre, currently planned for Iqaluit, would be a one-stop shop to coordinate and streamline agency support for child victims of sexual abuse, violence or other trauma.

The comparison was not lost on Iqaluit’s Jessica Shabtai, a social worker with the GN’s child and family services department and Tagalik’s supervisor.

“It’s important for children to have a safe place where they can talk to everyone who might be involved in providing care, that the team works together to ensure the child is supported and the family is supported,” said Shabtai.

“It’s about coming together as a community to support the child.”