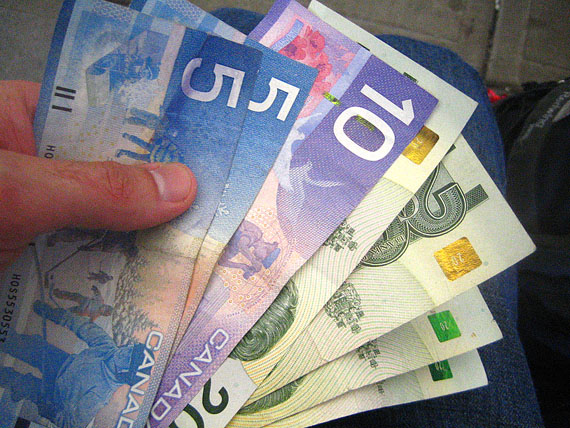 Revenue Canada returned $18 million to about 9,300 Nunavut residents in 2012, through the Northern Residents Tax Deduction. The Liberal Party of Canada says that, if elected, they would increase the value of the benefit by up to 33 per cent. (FILE PHOTO)

With less than two weeks left in the federal election campaign, Liberal and New Democratic Party candidates running in northern ridings are aiming their pitches at voter pocketbooks.

At the top of their lists are promises to enrich the Northern Residents Deduction, a tax benefit that northern organizations have complained about for many years.

Larry Bagnell, the Liberal candidate in Yukon who’s attempting to regain the seat that he lost to Conservative Ryan Leef in 2011, said Oct. 5 that a Liberal government would increase the benefit by up to 33 per cent.

That move would bring the benefit up to a maximum of $22 a day, Bagnell said.

That means an individual tax-filer living all year in a self-contained dwelling unit would see up to $8,030 deducted from their taxable income — which would increase the size of their income tax refund.

“We will also index this benefit so that it keeps pace with inflation,” Bagnell said.

He said a Liberal government would put $40 million more into the program over four years.

But the Liberals are vague about what else they would do to respond to complaints about Nutrition North and food prices in general.

“We will also work with all northern and remote communities to ensure that the program is more transparent, effective, and accountable to northerners and other Canadians,” Bagnell said.

That promise was repeated in a “plan for Canada’s North” that Dennis Bevington, the party’s candidate in the Northwest Territories, released Oct. 5.

At the same time, Bevington said the NDP would index the Northern Residents Deduction to the cost of living.

But the NDP did not spell out any proposed increase to the northern tax benefit.

Other promises in the NDP northern plan include:

• strengthening the environmental assessment process and involving communities in balancing economic growth and environmental protection; and,

• a “real nation-to-nation” relationship with First Nations, Inuit and Métis.

“Northerners have the lowest federal tax burden in over 50 years because of our government’s low tax plan. Tax cuts the Liberals and NDP did not support,” Aglukkaq said in an emailed statement.

“If re-elected we will undertake a comprehensive review of all Northern Residents Deductions in consultation with northerners, Aboriginal organizations, territorial governments and local businesses. Our approach will ensure that these deductions are meeting the needs of northerners,” she said.

And she repeated her previous denunciation of the NDP and Liberal policies that pitch cap-and-trade systems as a away of reducing carbon emissions.

“The Liberals and NDP need to explain how this new policy will lower the cost of living when they plan to introduce ‘carbon pricing schemes,’ which are nothing but a carbon tax, that will raise the cost of everything in the North,” she said.