Mining and conservation can co-exist in the Arctic: Oceans North 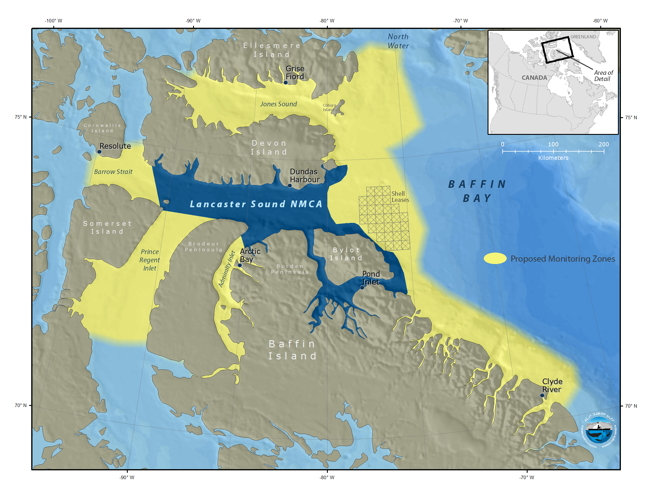 That option, along with others, was presented to Baffinland when the NPC issued their non-conformity ruling on April 8, effectively stalling the mining company’s desire to break ice near Pond Inlet and ship ore through the winter ice season.

But Chris Debicki, Oceans North’s Nunavut projects director, is hoping that before Ottawa considers any possible alternatives for shipping through Milne Inlet and Eclipse Sound, that consideration is given to another huge project right next door: the proposed Lancaster Sound Marine Conservation Area.

“These are the biggest land use processes going on in that region that we’ll probably see in a generation. It’s almost as though they’re happening independent of one another,” Debicki said.

“Our real fear here is that there’s so much concern and aspiration for having a successful project and for development that’s going to work for the community, that people don’t realize, you can have a robust conservation area and you can have iron ore shipping. They’re not mutually exclusive.”

The multimillion dollar iron mine at Mary River in North Baffin, and the proposed National Marine Conservation Area for Lancaster Sound, which would include Eclipse Sound, are both significant, long-term projects that just happen to be adjacent to one another and unfolding at the same time.

Just last week, Oceans North, along with MPs and Inuit leaders, met in Ottawa to push forward the Lancaster Sound marine conservation area, which has been grinding slowly forward since it was announced in a federal throne speech in 2007.

Lancaster and Eclipse sounds, at the northern tip of Baffin Island, teem with marine life and are important transportation, harvesting and cultural areas for Inuit.

But Oceans North understands the significance of the mine for the Qikiqtani Inuit Association and for local communities in North Baffin and does not oppose the project.

However, Debicki says shipping is allowed in other marine conservation areas in the country — with proper monitoring — so there’s no reason it can’t exist in Nunavut.

“Just because of where Lancaster Sound and Eclipse Sound are situated, you have to have shipping. There would be no way of stopping it,” Debicki said. “But you can have a park and a mine.”

Oceans North is sending a letter to Aboriginal Affairs and Northern Development Canada Minister Bernard Valcourt, to make their point clear: that AANDC and Parks Canada, which is leading the Lancaster Sound file, should work together, to find a solution that satisfies everyone’s needs.

The best way to do that, Debicki says, is for Parks Canada to draft an interim management plan for the Lancaster Sound marine park first that would spell out the conditions and regulations for shipping in that area.

It’s unclear how Baffinland will proceed with Mary River at this point. The land use non-conformity decision was only handed down last week and Baffinland’s vice-president of corporate affairs, Greg Missal, said the company needs time to consider its options.

Those options, as laid out by the NPC, include petitioning the AANDC minister for an exemption to the land use plan and applying to the commission for a land use plan amendment — both of which Oceans North opposes for the time being. 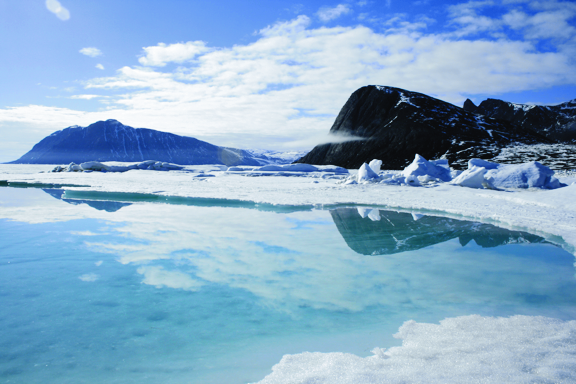 Oceans North, a Winnipeg-based organization that promotes science- and community-based conservation, is hoping Parks Canada can draft an interim management plan for Lancaster Sound, above, before considering any ice-breaking and increased industrial development in nearby waterways. (PHOTO BY CHRISTOPHER DEBICKI)