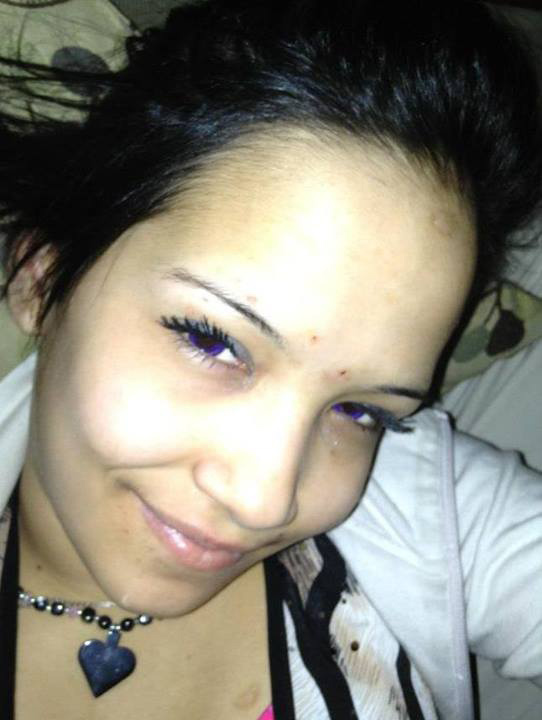 Christina David has grabbed international headlines for plucking a ptarmigan on a busy Montreal metro. (PHOTO COURTESY OF CHRISTINA DAVID)

CORRECTION: A Montreal police spokesperson told Nunatsiaq News earlier on July 29 that the investigation into the bird-plucking incident had been closed, when in fact, it had not.

Montreal police now say they’ve handed over evidence related to a bird-plucking incident on the city’s public transit system to a municipal court.

That means Christina David, the 22-year-old woman from Nunavik who is alleged to have plucked a bird on a city metro train, could still be charged with disturbing the peace, a Service de police de la Ville de Montréal said July 29.

Montreal police had been investigating the July 1 incident since another passenger on the metro filmed the woman and contacted police.

Police, who finally spoke with David July 29, said the incident “disgusted” some passengers and that means she could still face a charge under a city by-law for disturbing the peace.

“It doesn’t mean that she will, but she could,” said Montreal police spokesman Ian Lafranière. “She said she never had the intention of eating the bird on the metro.”

David said that on July 1 she was returning from visiting her aunt, who had brought some country food from Salluit.

Sher said her aunt gave her a ptarmigan which she began to pluck on her metro ride home so she could cook the bird when she got there.

“I was so excited,” David said. “But I didn’t gut it or anything, I was just plucking out feathers. I wasn’t trying to get people’s attention, I was just minding my own business.”

When David arrived home that evening, she soaked the ptarmigan, then cut up the meat and cooked it in a pan with onions and mushrooms.

It wasn’t until a few weeks later that David realized that the police were looking for her.

She was visiting a friend who works at a gas station in her Crémazie neighbourhood when her friend pointed to an article in the French-language newspaper, Le Journal de Montréal, which reported on a video someone filmed of David in the metro July 1.

The video has since gone viral, drawing attention to the incident from across the country and even in international media.

David said this is the first time she’s prepared country food in a public venue in Montreal, although it’s something she grew up doing on a regular basis.

“I’ve been going hunting and fishing with my family my whole life,” said David, who lived in both Kangiqsujuaq and Kuujjuaq until she was 18 years old. “I miss it.”

“I couldn’t believe that anyone would make a big deal out of it,” she added.

“But I guess now I say thank you to everyone who made a big deal about it, because a lot of people got to see our culture. A lot of Aboriginal people have been supporting me.”

David said she does not believe the case would hold up in court.