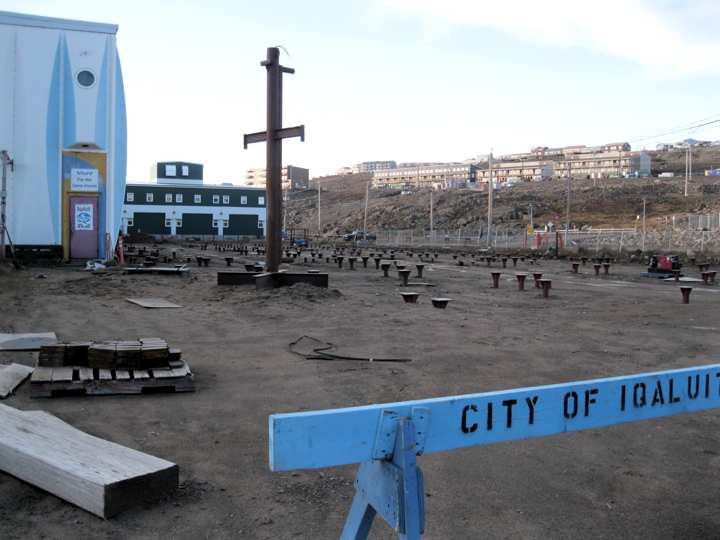 The site of Iqaluit’s future Aquatic Centre as it appears today, from the same perspective as the artist’s rendition above. (PHOTO BY PETER VARGA) 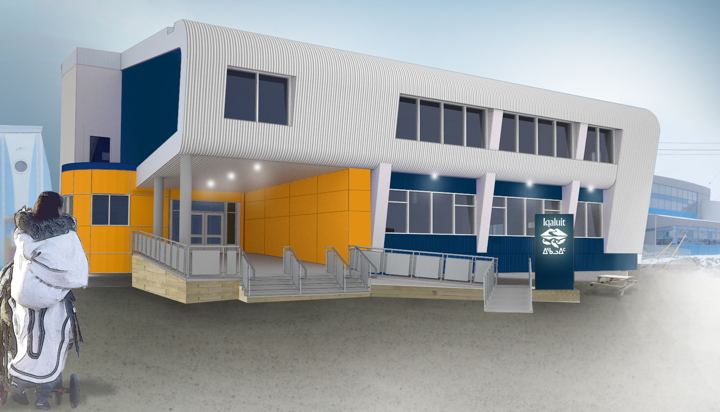 Iqaluit tied up financing for its Aquatic Centre project, Sept. 23, when council approved a loan and grant from the Canadian Federation of Municipalities. The $34 million facility is slated to open at the end of 2016. (FILE IMAGE)

The City of Iqaluit stitched up the last portion of financing for the city’s $34-million aquatic centre Sept. 23, when councillors approved a loan and grant from the Federation of Canadian Municipalities.

A loan of $7.5 million loan tops up all the funds needed to cover construction costs.

The city’s deal with the federation includes a $750,000 grant, which will help cover the $34 million.

The FCM’s loan and grant also came as a stamp of approval for the facility’s environment-friendly design.

Earning the designation was no small feat, says Amy Elgersma, the city’s director of recreation. To do so, the facility had to measure up to Leadership in Energy and Environmental Design Standards (LEED) — an international system that ranks buildings according to energy efficiency and environmental impact.

“We’re really pleased with it,” Elgersma told Nunatsiaq News. “It is something to be proud of, to be funded under this program.”

Slated to open at the end of 2016, the aquatic centre will house two pools, a fitness centre, changing rooms, concession stands and other extras on two floors.

The facility’s design standards could apply in other communities of the Arctic, Elgersma said, where permafrost, soil and ground conditions call for some innovation.

“Part of this is about information and sharing lessons learned through projects,” the director said. “For us it would be things like design, the different type of foundation that we have here, and how this could be applied to other communities in the Arctic.”

A $26.5 million loan from the Bank of Montreal covers the bulk of the project’s construction costs.

FCM’s loan is at an interest rate of 4.25 per cent, with a term of 20 years from the date of first advance. Elgersma said the city would not draw on the funds until next summer, when construction begins on structures above the foundation.

Iqaluit-based Canadrill Ltd. recently installed 305 piles for the foundation. The facility’s second-phase construction contract is now up for tender and is expected to be decided by the end of October.

The project’s budget comes to $6 million less than a $40 million amount that Iqaluit’s property-owning ratepayers authorized the city to borrow in a 2012 referendum.

Some 49 per cent of eligible voters cast ballots in favour of the project, which passed with 227 votes for and 172 against.

City administrators indicated they would pay off the $34-million loan with a combination of reserve funds, savings from the old pool, which shut down in 2012, and $3 million from the REACH Fundraising Campaign.

Elgersma co-chairs REACH with Dennis Patterson, senator for Nunavut. The fundraising campaign has raised $350,000 so far through donations, community events and sponsorships.

“We won’t actually receive all of the $3 million until after the facility is open, because some of our sponsorship contracts are for five years,” she said.