NDP calls for ban on microbeads, also found in Arctic 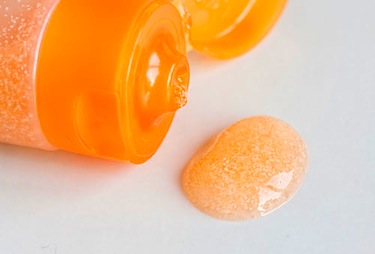 This body wash contains microbeads, which have replaced more natural exfoliants such as oatmeal and crushed nut shells. (PHOTO COURTESY OF ENVIRONMENTAL DEFENCE/NDP) 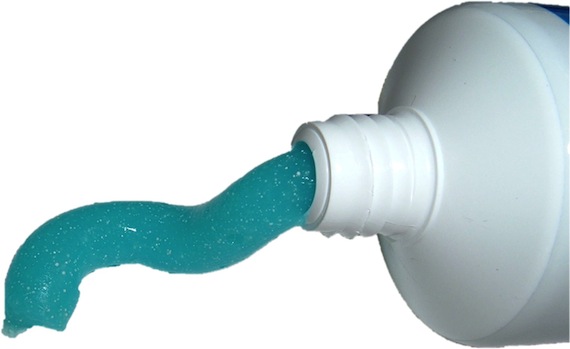 The NDP wants to ban micro plastics like the ones contained in this toothpaste, among the many cosmetic products and toiletries which contain microbeads. Microbeads, which also accumulate in Arctic sea ice, are known to attract toxic contaminants and be near impossible to remove from the environment. (PHOTO/ WIKIPEDIA COMMONS)

Days after calling for an emergency debate on climate change and the Arctic in the House of Commons, the New Democratic Party’s environment critic, Megan Leslie, made a motion March 24 for a ban on microbeads, which have been found in the Great Lakes.

If you live in Canada’s Arctic or anywhere in the circumpolar world, you might ask: so what does this motion have to do with us?

There’s actually a direct link to the Arctic: these plastic microbeads, first patented for use in cleansers in 1972, are now ending up in Arctic sea ice, where they act like magnets and attract other contaminants.

In the 1990s manufacturers started using microbeads to replace more natural materials, such as ground almonds, oatmeal and sea salt.

Today, many skin scrubs, body washes and toothpastes contain thousands of these tiny synthetic balls known as microplastics or microbeads.

Wastewater treatment plants in the South are unable to filter out these microbeads because of their small size and buoyancy, the NDP noted.

So travelling microbeads find their way into Arctic sea ice — and, when the ice melts, it releases the microplastics. Under conservative estimates of sea ice melt, one trillion microbeads are set to be released into the environment.

These ice samples contained tiny particles of microplastics and the concentrations in Arctic sea ice were higher than those in water.

“Our findings indicate that microplastics have accumulated far from population centers and that polar sea ice represents a major historic global sink of man-made particulates. The potential for substantial quantities of legacy microplastic contamination to be released to the ocean as the ice melts therefore needs to be evaluated,” state the authors from Darthmouth University and the University of Plymouth.

The NDP believes the best way to deal with pollution from microbeads is to prevent it in the first place because “Canadian consumers and Canadian businesses want to protect the environment from the harmful effects of microbeads, but without regulations that cover all provinces and territories, it is difficult to do so.”

Its motion sought support in the House of Commons that “microbeads in consumer products entering the environment could have serious harmful effects, and therefore the government should take immediate measures to add microbeads to the list of toxic substances managed by the government under the Canadian Environmental Protection Act, 1999.”

The NDP has also posted an online petition calling for a ban on microbeads which you can view here.

To avoid using products with microbeads, stay away from those which include polyethylene or polystyrene in the ingredients list.

During the March 24 debate on the NDP motion to ban microbeads, Colin Carrie, the parliamentary secretary to Nunavut MP Leona Aglukkaq, also the federal environment minister, said the Tories have a “chemical management plan.”

That plan will “prioritize microbeads for assessment, which will benefit all Canadians,” Carrie said in the House of Commons.

“Our government supports including the issue of microbeads on the agenda of the Canadian Council of Ministers of the Environment meeting this summer.”

Ted Laking, director of communications for federal Environment Minister Leona Aglukkaq, said in an email that the government supports Leslie’s motion and that the federal environment department is review the impact of microbeads.

“Environment Canada is initiating a scientific review to assess the effects of microbeads on the environment. This expert advice will inform potential future actions on microbeads. The Chemical Management Plan brought in by our government will prioritize microbeads for assessment which will benefit all Canadians,” Laking said.