“We need to take a close look at the details” 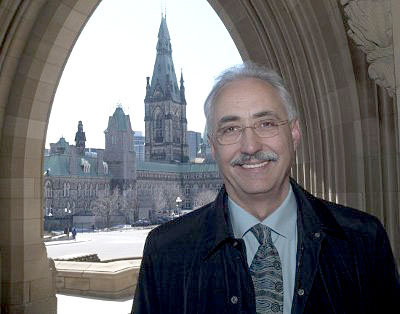 Western Arctic MP Dennis Bevington, the NDP associate critic for northern development, says a plan to raise the age of eligibility for Old Age Security from 65 to 67 in April 2023 could hurt northern seniors. (SUBMITTED PHOTO)

“We’re huge territories with huge infrastructure requirements… we need to take a close look at the details,” Bevington said March 30 in an interview.

Bevington said, for example, that the Conservative plan to raise the eligibility age for the Old Age Security benefit from 65 to 67 years could be bad for northern residents.

The OAS is a benefit given to seniors on top of regular Canada Pension Plan payments.

Under Flaherty’s plan, the age of eligibility for the OAS would start to rise in April 2023, which means it affects people born in 1958 or later.

But Bevington said this could hurt many northerners who do hard physical work all their lives and who need to retire by age 65.

“The reality is that many of our people who work in jobs that require physical activity really do need to retired at 65,” Bevington said.

The Western Arctic MP, who was first elected in 2006, also said he’s skeptical about a Conservative commitment to “streamline” environmental reviews for big resource development projects.

“The people of the North have a very strong sense of the environment,” Bevington said.

“A good environment is a finite resource. Environmental assessment should not be considered as an impediment but should be front and centre in everything that we do.”

As for a plan, announced March 29, to spend $5.2 billion over 11 years on a renewal of the federal Coast Guard fleet, Bevington said this may indicate the federal government now takes the Coast Guard seriously.

“I think the government realizes the need to maintain a strong Coast Guard, but I need to see more detail,” Bevington said.