After nearly one year, Nunavut’s Feeding My Family movement thrives 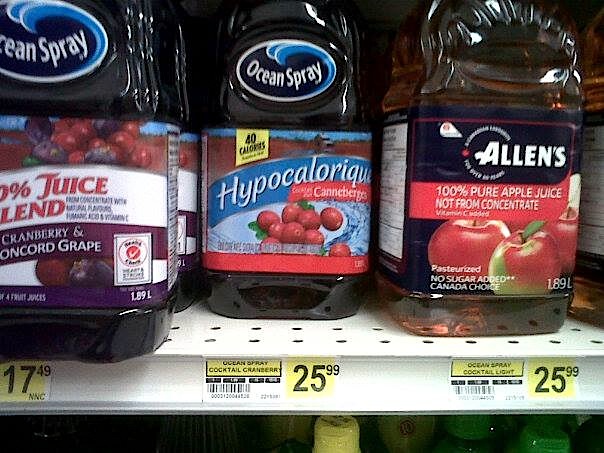 This display of pricey juice in a Nunavut store was recently posted on the Feeding My Family Facebook page.

Nearly one year and about 20,000 members later, the Feeding My Family Facebook group continues to thrive.

“We totally believed in and still believe in Northerners coming together to stand together as one and to say one thing, ‘high cost of food in the North,'” said Leesee Papatsie, who spearheaded and continues to promote the Feeding My Family movement on its Facebook page and website.

“Wow, it has only been a year, but, man, things happen, and I think the one thing that really sticks out, northern people took chances to share their hardship, that itself is scary and people did things outside of what they are used to, to stand together as one to show the world of the living conditions we live with up North.”

Papartsie said she had read how Inuit would come together and work as one to help each other out when starvation threatened.

“I know we are not in that stage, but there are some people in ‘hunger’ stage,” she said. “I know we have come together to work together to fight ‘hunger.’ There are so many people who gave their hearts out to help northerners with hunger, like ‘literally’ to the point of exhaustion and throwing their arms up in the air. And there are people who totally support what this site stands for.”

While no protests, similar to those held last year, are now scheduled, Papatsie said members, who continue to post photos and comments on the Facebook page, can always suggest actions.

• unifying people across the North to share one voice;

• encouraging government policy-makers and retailers to find better ways to lower the cost of food (“Nutrition North Canada [NNC] is not doing enough”);

• encouraging new food suppliers to operate in the North in order to increase competition and lower prices;

• working with government and other non-governmental organizations to improve the overall quality of life for Northerners.

The coalition, which brings government, Inuit organizations, the private sector and NGOs together to talk about how to improve food security in Nunavut communities, is now working on the final strategy and an action plan.

The Department of Family Services is now responsible for the coalition.