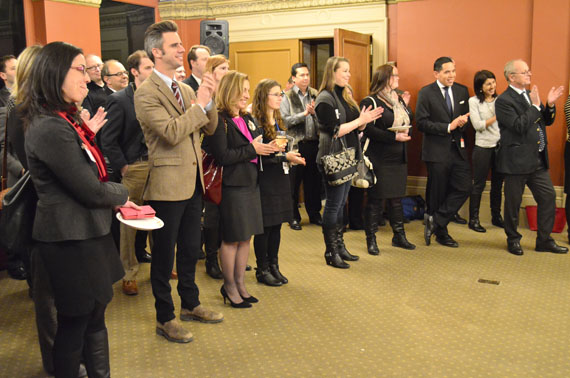 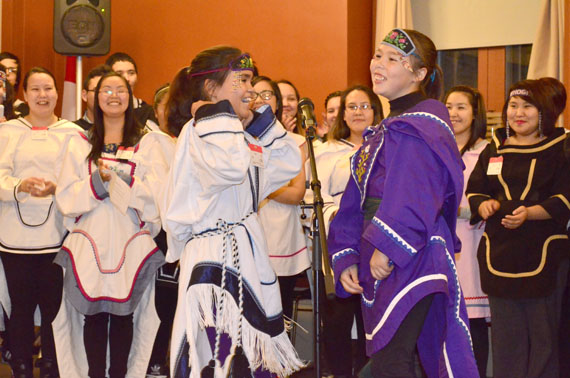 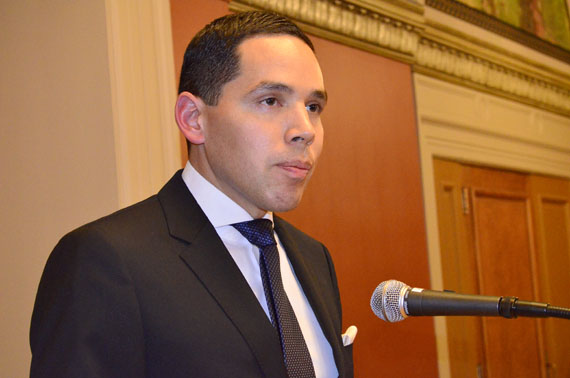 Natan Obed, president of Inuit Tapiriit Kanatami, said Nov. 26 that Inuit want a new relationship with the Crown, but not a “nation-to-nation” relationship. The next day he told the owners of the Edmonton Eskimos football team to find a new name — because their current name is outdated and a derogatory term. (PHOTO BY JIM BELL)

OTTAWA — In two big statements last week, Natan Obed sent out unequivocal signals about what he plans to do over the next three years with the presidency of Inuit Tapiriit Kanatami.

In the first, a meet-the-president event on Parliament Hill Nov. 26, he told the federal government what Inuit want and what they don’t want: a renewed Inuit-Crown relationship — but not a “nation-to-nation” relationship.

“For Inuit, it’s an Inuit-to-Crown relationship. I would feel funny if I said that I want a renewed nation-to-nation relationship with the Government of Canada, because Inuit are proud Canadians,” Obed said Nov. 26 before an invited audience of Hill staffers, MPs, diplomats, and Inuit leaders.

“That’s something that we say whenever we can, that we want to be seen as a part of Canada, but also to be Inuit in Canada on our own terms, with our own identity.”

That’s consistent with the line taken by all other ITK presidents before him, such the late Jose Kusugak, who in 2004 said, “Inuit are more than First Canadians, Inuit are Canadians first.”

And it stands in contrast to the Assembly of First Nations, and most other First Nations organizations, for whom the term “nation-to-nation” is a routine piece of political discourse.

In his other big statement, however, Obed aligned himself with other Aboriginal leaders across North America who for years have campaigned against the use of Aboriginal names and mascots in professional sports — names like the Cleveland Indians and the Washington Redskins.

A widely discussed op-ed piece published Nov. 27 in the Globe and Mail calls on the Edmonton Eskimos football team to change their name.

“The name is an enduring relic of colonial power. That force enabled Indigenous identity to be appropriated and redefined as a branding tool for non-Indigenous entertainment, during a time when our children were taken from us, our lands were being developed without our consent, and we were being moved around as human flagpoles for Canadian Arctic sovereignty,” he said.

Obed also said the use of the name “Eskimos” is not well-meaning or harmless.

“I reject any arguments that the name is benign and has positive intent to align the Edmonton football team culture with Inuit strength or spirit,” he said.

Though it’s still used in Alaska and, occasionally in the western Arctic, in the eastern Arctic the term “Eskimos” fell out of use in the early 1970s and is now considered derogatory.

In June 2013, the Inuit-owned Canadian North airline bragged in its marketing material about becoming the “official carrier” of the Edmonton Eskimos.

At that time, the airline was owned on a 50-50 basis through Norterra, by Nunavut’s Nunasi Corp. and the Inuvialuit Development Corp.

“Canadian North is a proud partner of the Edmonton Eskimos,” a page on the airline’s website still says.

• implementing the Truth and Reconciliation Commission’s calls for action; and,

“These are all things that we can do as Canadians and as Inuit,” Obed said.

And he also said he wants to foster Inuit unity across the country.

“I want to bring a new level of participation and co-operation for Inuit across Canada,” he said.

This week, Obed will head to Labrador to take part in the Nunatsiavut government’s 10th anniversary.

Obed won the ITK presidency this past Sept. 17, at the organization’s general meeting in Cambridge Bay.