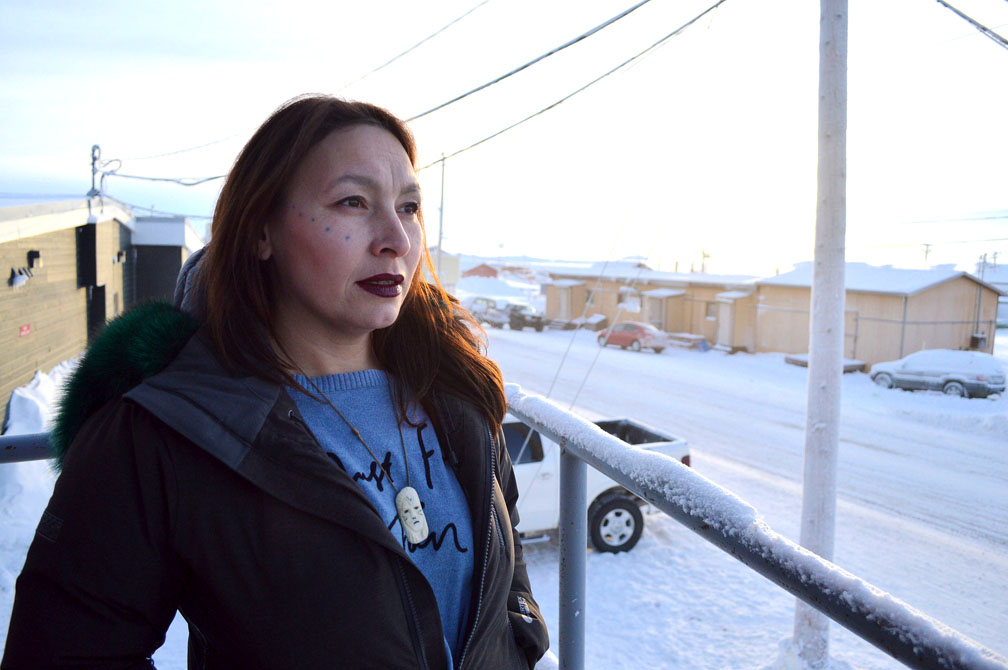 That was last Monday, Jan. 15, when Bennett visited Iqaluit. It’s no wonder Brewster told Nunatsiaq News she feels as if she’s been on the job for weeks.

The NACA’s executive director job has been filled over the last year through acting assignments and through a permanent director who made a short stint before moving on.

That’s why Brewster said her first project will be to organize the organization’s books and bring stability and growth back to the not-for-profit body.

Besides being an artist herself, Brewster also brings more than 15 years of management experience to her new role, most recently as territorial manager of patient relations at the Government of Nunavut’s Department of Health.

Skills like budgeting, strategic planning and human resources are all in her tool kit.

But last summer, while working on an artist residency project for NACA’s annual festival, she started considering ways to merge her artistry with her career in management.

Later, in conversation with a friend, Brewster said she mused about how a director role with NACA would suit her exactly.

“My main goal with the organization is to be accountable for all of the projects and funds that we have received in the last year, as well as to basically stabilize the organization and work with the board to develop strategic plans,” Brewster said.

This year, NACA was responsible for distributing $350,000 in federal Canada 150 funding to Nunavut communities.

Now, reports need to be made on how that funding was used to celebrate the country’s birthday.

But Brewster said she wants to see the organization do more.

“What we know about Nunavut artists is that 33 per cent of Inuit self-identify as being artists. So, they’re a really big part of our population.”

She wants to see the economic potential of the arts in Nunavut better recognized, and invested in.

With the GN’s two-year strategic plan on the arts set for renewal, NACA has the opportunity to make that happen, by informing new plans created by the territorial government to support artists, Brewster said.

Part of that means “ensuring that we have a greater understanding of what artists need and what their realities are,” she said, adding that one issue raised during the recent meeting on infrastructure with Bennett is food security.

“There needs to be more infrastructure around food security that impacts the artists, so that artists can move beyond creating for subsistence.”

Brewster said she knows herself the struggle of pursing your creative passions while also supporting a family.

Years ago, she began her artistic career as an intern with the National Gallery of Canada, but found she could not continue on that path and also provide childcare for her young daughter.

But now, with her four children nearly grown, she’s back, and equipped to help other Nunavut artists market their abilities.

A few practical ways she wants to see this happen is by increasing access to materials and tools, creating more spaces for artists to show their work, and by making sure that funding applications for artists don’t have artificial barriers built into them.

“Many artists might not feel comfortable promoting themselves, because self-promotion is a value that often in Inuit families is frowned upon,” she said, adding that such cultural awareness needs to be better understood by the public and the larger industry.

Brewster said she’s too new in her job to be offering advice to artists, but that she’s eager for feedback from the community she’s now working to support.

Currently, NACA is run by four staff members and a board of directors.

“I see us quickly moving into the phase where we are able to put our heels to the ground and be able to get some really good work done,” Brewster said.