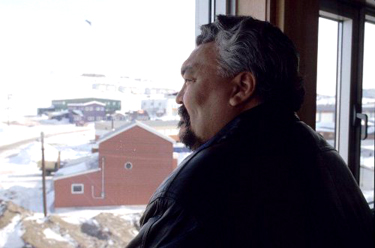 NTI established the scholarship in 2011 to honour Jose Kusugak, a longtime Inuit leader and activist, who died at the age of 60 in January 2011. (FILE PHOTO)

April Ollie of Arviat and Rosemary Akulujuk of Pangnirtung will each receive $5,000 to spend towards their studies, Nunavut Tunngavik Inc. President Cathy Towtongie announced July 21.

Both submitted essays in Inuktitut in support of their award applications, NTI said.

NTI established the scholarship in 2011 to honour Kusugak, a longtime Inuit leader and activist, who died at the age of 60 in January 2011.

“The Kusugak family would like to wish both students the best in their pursuit as educators. There were some great application and we would like to thank all for putting in their time to apply. We hope to continue to see many apply for the JAK scholarship. Please continue to pursue your dreams and help make Nunavut and its people contributors to their family, community and territory,” Puujjuut Kusugak was quoted as saying in the NTI release.

The deadline for applications for the 2017 Jose Amaujaq Kusugak Scholarship is July 9, 2017.

Application packages will be available on NTI’s website. Inuit students who are enrolled under the Nunavut Agreement and pursuing post-secondary studies are eligible for the scholarship