But regional government won’t announce plans until funding in place 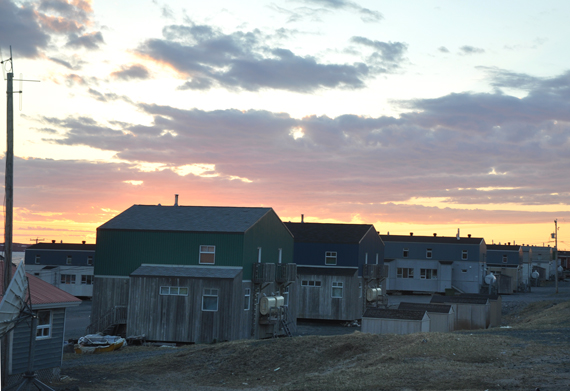 The KRG has applied to the federal Connect to Innovate and provincial Quebec Branché for funding to put its fibre optic project into motion, with the goal to offer the new service by 2021.(PHOTO BY SARAH ROGERS)

UMIUJAQ—The Kativik Regional Government is eyeing a combination of fibre optic and microwave towers to bring high-speed internet to Nunavik.

The regional government has applied to the federal Connect to Innovate and provincial Quebec Branché programs for money to put the project into motion, with the goal to offer the new service by 2021.

At the same time, the KRG launched a feasibility study to look into the costs and efforts involved in linking fibre optic to Nunavik’s 14 communities, Deception Bay, four communities in Nunavut’s south Baffin region and two others in Nunatsiavut.

But the results of that study are not yet public, although the KRG has said it will distribute fibre optic to as many communities as it can and construct microwave towers in communities that the network is unable to reach.

The fibre optic distribution will depend on what funding is available, said Daryl Combden, director of the KRG’s administration department and its Tamaani Internet Service Provider, during regional council meetings in Umiujaq this week.

Regardless of how the distribution is rolled out, Combden told regional councillors that the goal is eventually to extend the fibre optic network to all 14 Nunavik communities.

The KRG expects to know whether it has secured funding by the end of the summer, Combden added.

That’s when the KRG will share more details of its plan.

In the meantime, the regional government continues to deploy its latest bandwidth upgrade throughout Nunavik.

The KRG and Tamaani shifted to a new satellite provider last fall with the goal of delivering greater bandwidth to the region—from 1.5 megabits per second to up to three and four megabits for certain customers.

The upgrade was meant to be in place by the end of last year, but the procurement process and delivery of equipment faced delays pushing the project until 2017.

Tamaani has so far deployed the upgraded service in Kangiqsualujjuaq, Aupaluk, Tasiujaq, Quaqtaq, with plans to do the same in Umiujaq next week.

“We’ve doubled the service although some customers aren’t noticing the change,” he said. “So we still have some work to do on the ground to make sure the new infrastructure can accommodate the new bandwidth.”

While Tamaani installed the new technology needed to upgrade bandwidth, it also put in place the infrastructure to support 4G mobile service.

But the KRG has yet to announce any plans to launch a cellular service in the region.