“Inuit are losing control over their own instrument” 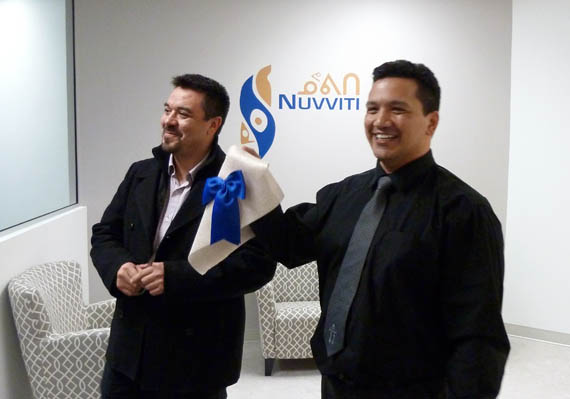 The future of Makivik Corp.’s new business development corporation is up for debate.

In March 2017, the board of directors of Nunavik’s Inuit birthright organization, under then-president Jobie Tukkiapik, voted unanimously to create an arms-length body to manage Makivik’s subsidiary companies and joint ventures.

The goal of Nuvviti Development Corp. was to help develop those businesses and avoid any conflicts of interests, given Makivik’s quasi-political role.

But the new entity only duplicates what Makivik was already doing, said its president, Charlie Watt, who was elected in January after the development corp. had already been created.

“They are supposed to be subsidiaries of Makivik Corp. and managed by Makivik,” he said. “The big part of the complaint was the fact that appointed people will become directors of this new instrument, overriding the elected executive of Makivik Corp.”

Nuvviti has not yet responded to Nunatsiaq News’ request for an interview.

Watt said the corporation has too much direction from outside the region, meaning “Inuit are losing control over their own instrument.”

“This discussion is still ongoing,” Watt said. “We hope to be able to rectify this in the next few days.”

When Nuvviti was established last year, Makivik was the last of the four Inuit land claim groups in Canada to launch a business arm.

Makivik oversees three joint ventures and six subsidiaries, including First Air and Air Inuit, though the two airlines continue to operate under their own boards.