Nunavik not “ready yet” for governance 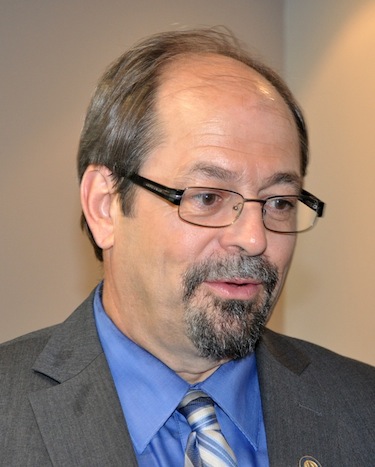 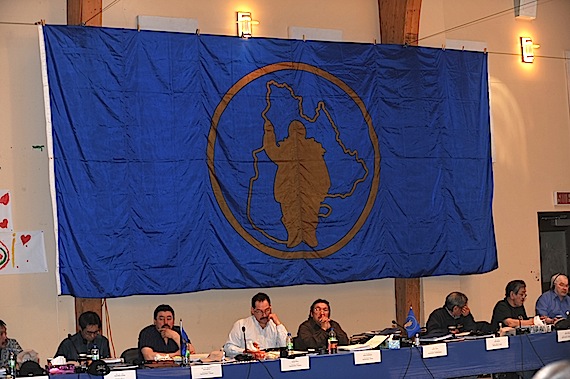 The March 29 visit by Quebec native affairs minister Geoff Kelley to the Makivik Corp. annual general meeting in Chisasibi came as delegates discussed a big agenda item: the future of a Nunavik government.

Delegates from each Nunavik community were sent to this week’s meeting to discuss the region’s governance plans following the April 2011 referendum that voted down the proposed Nunavik Regional Government model.

Kelley told delegates that Quebec remains interested in those talks, while they explore the reasons behind the first model’s failure.

But Kelley told Nunatsiaq News March 30 that he sensed Nunavimmiut “aren’t ready yet” to take another step forward.

Quebec helped to finance a November 2011 summit, where people met to work out a common position on future government negotiations.

That meeting produced a draft declaration that was the focus of discussion March 29.

“It’s in an internal phase now for the Inuit to decide,” Kelley said. “We impose no timeline, but we’ll be ready to pick up the dialogue when the Inuit are ready.”

As for the Quebec government, it’s preoccupied with staying in touch with the North and its communities on Plan Nord.

That’s one of the “key challenges” for Quebec as it rolls out its Plan Nord, Kelley said.

“We have to go out and do a better job of explaining the plan,” he said.

Nunavimmiut have been hesitant to embrace Quebec’s 25-year plan to develop resources on their territory, concerned that the region’s residents have been left on the sidelines.

So Kelley said he’s told Nunavik Inuit and Quebec’s other aboriginal groups that his government will find more and better ways to get information out, rather than traditional sit-down meetings.

He said important that northerners understand the basis of the plan, which Kelley describes as “economic development to fund social progress.”

This group is designed to deal with Nunavik’s stake in Plan Nord and talk about any issues stemming from the implementation of the James Bay and Northern Quebec Agreement.

The new body, composed of Kelley and his fellow ministers, along with representatives from Makivik, the Kativik Regional Government, the Kativik School board and the Nunavik regional board of health and social services, met for the first time in late February.

They’ll meet again on other occasions throughout the year, Kelley said.

“To have one table that can be a clearing house for all this discussion… is very important,” he said.

Kelley, who met the newly-elected Makivik president Jobie Tukkiapik for the third time in Chisasibi, said he likes Tukkiapik’s ideas about bringing better training and education opportunities to Nunavik, and hopes Quebec can play a role in developing those projects in the region.

“We have to do a better job,” Kelley said. “[Education and training] are key areas where we must work together,” he said.

The meeting of Makivik, which is now promoting a spelling change to “Makivvik” to better reflect correct the word’s meaning and pronounciation, wraps up March 30 in Chisasibi.