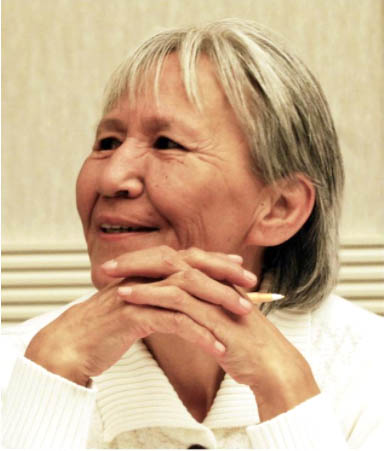 In a May 11 letter to Quebec’s Education Minister Sébastien Proulx, KSB chair Alicie Nalukturuk demands action on the board’s proposed new secondary curriculum and a clear timetable on how the province plans to address it. (PHOTO COURTESY OF KSB)

The Kativik School Board is urging the Quebec government to prioritize Nunavik’s education issues—starting with the accreditation of its secondary curriculum.

Most Nunavimmiut only recently discovered that, since 2015, KSB students who complete their Secondary 5 studies in the region have been receiving equivalency certificates rather then Quebec secondary diplomas.

That’s because the school board’s Secondary 4 and 5 math and science curricula are no longer accredited.

The KSB said it has updated and submitted new courses to Quebec’s department of education, but neither side seems to be able to explain the delay.

“We demand that a clear timetable be communicated to us immediately and that action be taken to complete the remaining steps in the accreditation process,” Alicie Nalukturuk, chair of the KSB’s council of commissioners, said in an open letter to Quebec’s education minister Sébastien Proulx.

The May 11 letter highlights a lack of communication between Nunavik and Quebec City on the region’s education files, which the board says aren’t limited to the secondary diploma issues.

To remedy that, the KSB wants designated support from the department, in the form of a representative whose job it would be to deal directly with the region.

The school board said that since the department’s long-time director of curriculum development retired a few years ago, the KSB hasn’t had a regular representative in the department who understands the region’s files.

“For the past five years, we have been writing regularly to the Minister of Education to request assistance on issues at the core of our education mandate and responsibilities, without receiving due attention,” Nalukturuk wrote.

“The accreditation of the Kativik School Board mathematics and sciences programs is one example of how the Ministry of Education has consistently ignored our request for assistance and support.”

Quebec’s department of education said this week that discussions around Nunavik’s curriculum are ongoing, but did not indicate if the courses have been reviewed.

In the meantime, Nalukturuk said the delay has created “tremendous repercussions” on KSB students and the region as a whole.