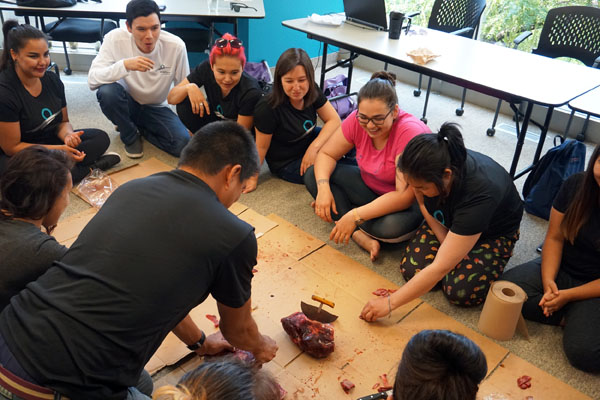 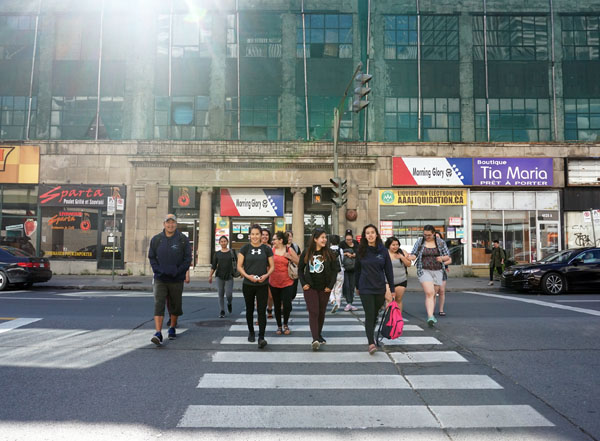 The first cohort of the new Nunavik Sivuniksavut settles into student life in Montreal, starting with a week-long orientation and tour of the city last week. (PHOTO COURTESY OF KSB)

Nunavik Sivunitsavut, modelled after the Ottawa-based Nunavut Sivuniksavut, opened it doors last week for its first cohort of 18 students, who range in age from 17 to 38.

“We have a wide span of interest from students who are just out of high school to students who’ve already attended CEGEP, so that’s exciting,” said Lisa Mesher, interim director of post-secondary services at the Kativik School Board.

The students began a week of orientation Aug. 14, including a tour of Montreal, a visit with its mayor, Denis Coderre, a camping trip in nearby Mont Tremblant and a country food feast.

The KSB first announced plans in 2010 to open a Nunavik version of the program with the goal of offering Nunavik students a chance to learn their history and gain cultural knowledge in an accredited urban setting.

Single students are being housed in a nearby residence, while students with dependents will live in nearby apartments.

Nunavik Sivunitsavut is considered a pilot project this year. It’s operating on a $660,000 federal grant and $120,000 from regional partners, which will cover costs for the year.

“We’re looking at options for long-term, sustainable funding,” Mesher said. “We’re exploring to see how this program can continue.”

“We’re very optimistic that it will go well.”

Between NS, John Abbott College, Collège Montmorency in Laval—where the KSB hosts a French-language post-secondary program—and other universities and vocational schools, the KSB is sponsoring 126 full-time post-secondary students from Nunavik this year.