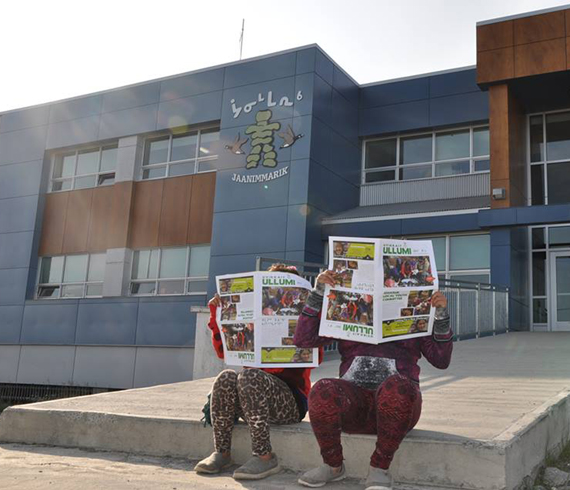 Nunavik’s youth organization wants to re-connect with the region’s youth and become independent as it celebrates its two-year anniversary and the launch of its first strategic plan.

The Qarjuit Youth Council just released that new five-year action plan, outlining its short and long-term goals for the region, which include a focus on mobilizing more Nunavimmiut youth to promote Inuit culture and language, education and better mental health.

“This is the thing we’re most proud of,” said Qarjuit president Alicia Aragutak of the plan, “because this comes directly from the youth of Nunavik.”

To draft the action plan, Qarjuit’s executives spent the last year visiting communities and consulting with young Nunavimmiut, aged 15 to 35.

During those discussions, Aragutak said Qarjuit heard from youth who said they feel marginalized and without a voice.

“They feel like they’re a minority in Nunavik but we’re trying to tell them how much power they can have, if we all play our part.”

There are more than 4,500 youth in Nunavik, a group that makes up more than 35 per cent of the region’s population.

Along with outreach to secure youth involvement, Aragutak said a major focus is education—both the informal and formal kind.

That means creating awareness around issues that impact young people to offering workshops to lobbying for better secondary and post-secondary programs in the region.

“We need quality education and we want to be part of the world,” she said.

“We need that education to tackle the societal issues we face and take control of our region.”

Aragutak welcomed news that Secondary 5 graduates will once again receive diplomas, but cautioned that there is more work to be done at that level.

As youth and as young parents, Qarjuit’s membership wants to see quality education options that will allow them to achieve both higher education and better access to Inuit culture.

“We have to find that balance,” she said.

“This means a lot to us,” she said. “We’ve been really working on accountability, leadership and structure.”

With the launch of its strategic plan, the organization recently signed a new five-year funding agreement for almost $2 million with Quebec’s youth secretariat. The organization also receives funding through Makivik Corp. (Sanarrutik Agreement), Nunavik Regional Board of Health and Social Services and the Kativik Regional Government.

While Qarjuit operates independently, the organization is still integrated under Makivik as per its funding agreement, with the goal of eventually becoming completely autonomous.

“We’re regaining our own autonomy,” she said. “We’re in a good position to be independent in our future.”

Between Aug. 30 and Sept. 27, youth-led projects can apply for funding under Qarjuit’s new Local Youth Action Funding, which offers up to $10,000 per project, per community.

Nominations remain open until Aug. 31 for the positions of vice president as well as two representatives for the Hudson Strait region. Qarjuit will host an election on Sept. 15.