Nunavik’s bigfoot spotters ready to share video with the world

“It was a nice bigfoot” 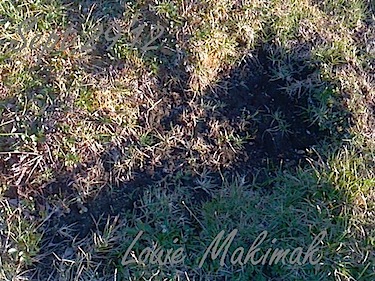 This photo shows the footprint seen by Louie Makimak near Akulivik. (PHOTO COURTESY OF L. MAKIMAK) 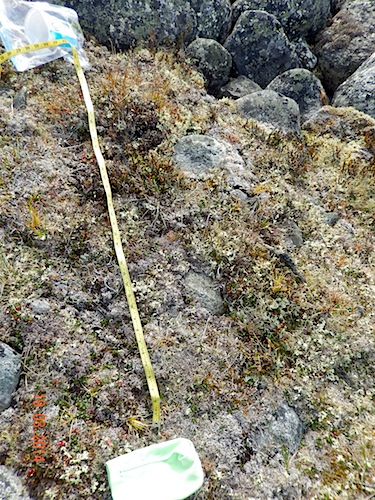 What makes footprints 30 inches long? Louie Makimak shows the length of a footprint spotted near the Nunavik community of Akulivik. (PHOTO COURTESY OF L. MAKIMAK) What bigfoot looks like — a drawing by Louie Makimak of Akulivik of the bigfoot she’s seen around her Nunavik community.

The much-anticipated Akulivik bigfoot video may soon be released, if only someone in Nunavik or Nunavut with technical knowledge steps forward to help Louie Makimak clean up the footage.

It was Makimak’s cousin, Maggie Cruikshank, who in September 2012 first posted on Facebook gigantic footprints in the spongy ground, which she attributed to bigfoot. Cruikshank later revealed her story in an article in Nunatsiaq News on Oct. 12, 2012.

But her tale drew instant criticism.

“Nobody… gonna believe until the video is reveal…” a Facebook user named “Arctic Charles” commented at the time.

“If you have video footage of the bigfoot, you can charge hundreds of thousans [sic] per frame,” wrote another commenter. “But please, show us the video once you get the money.”

Cruikshank provided two different reasons for not producing the video.

Initially, she said that showing the video would scare the children. More recently, she has maintained that she doesn’t even have the video, her cousin does, and it is locked away on her video camera.

“Some reporters have asked me to beg her for it,” Cruikshank told Nunatsiaq News, in a September 2013 article.

“But I don’t want to beg for it, she will be ready when she is ready.”

Well, after more than two years of silence, Makimak appears to be ready.

She has stepped forward to tell her version of the story, and also issue a challenge of sorts to her community, and the people of Nunavik and Nunavut at large: “If someone can zoom in and focus the video,” said Makimak, “I would love to post it.”

“Even now, I am thinking of the best place to post it, maybe on YouTube,” she added. “But if it is posted just like it is now, people will be disappointed because they won’t be able to see clearly. I want them to see exactly what we saw.”

The world already knows what Cruikshank saw. She has trumpeted her sighting on Facebook, to the CBC, and on several occasions now to Nunatsiaq News.

But Makimak, who was with Cruikshank on that fateful day, has kept her story, and herself, in the shadows. That is, until now.

“I have been waiting for this!” Makimak exclaimed, when we called earlier this month. “I have a story to tell, I have seen Sasquatch two times now.”

In Cruikshank’s account, she and her cousin were out picking berries late in the afternoon on a rainy, windy September Saturday back in 2012.

Makimak spotted a strange being high on a hill but Cruikshank, eager to get home before sunset, ignored her cousin’s pleadings to look at the creature. When Makimak started to display signs of true fear, Cruikshank finally looked up and saw the bigfoot.

Makimak’s account mirrors that of her cousin. She confirmed that the sighting indeed occurred on a windy Saturday in September of 2012. The cousins were out picking berries in the hills beyond town, along with several other members of the community.

“Around 5 o’clock I started to see something very unusual, colored dark black, and I never, never seen this color on Earth,” said Makimak. “When I see it I don’t say something right away, but I just watch it and I had to look again… It was moving behind the mountain, on the ridge of the airport.”

At first, Makimak figured she might be looking at another berry picker, but then the thing started to move in a very unusual way.

“That creature jumped in slow motion,” said Makimak. “It had long arms, looong hairy, hairy legs, and it was huge. I looked at it like, ‘shhh…’, and it was like sliding a little bit when it was landing, like sledding to a stop.”

“It was like a monkey,” added Makimak, “or like a human being, oh my god it was huge.”

When the bigfoot landed, it turned around and stared directly at Makimak and Cruikshank.

The cousin’s ran back to Makimak’s all-terrain vehicle, the bigfoot began to follow them. “It was fast, very fast,” said Makimak. “Sometimes when I start my ATV it doesn’t start, and I thought, “I hope it will start.’”

The machine started, but transfixed by the bigfoot, Cruikshank refused to climb aboard. “I started to scream to my cousin,” said Makimak. “Maggie can you hear me!? If you want to stay here stay, I am leaving you here!”

Eventually, Cruikshank came to her senses and got onto the back of the ATV. Makimak was so nervous she had trouble operating the vehicle. “We were driving only in gear two, I forgot about gear three,” she said.

It was at about this time that Cruikshank took her cousin’s video camera and started to film the bigfoot. But, perhaps sensing it was being recorded, the bigfoot turned around and retreated back up the mountain and out of sight.

“I don’t believe this woman has a video of BF,” read a Facebook comment posted by “Ashley” to a Nunatsiaq News story published earlier this month that discussed bigfoot sightings in the Arctic and around the world.

“Because if anyone could prove the existence of it,” continued the commenter, “they’re not going to deny selling it to every news outlet and website. Nice try lady…”

But Makimak insists there is a video, although it was almost lost when her son deleted the camera’s memory card. “I am so glad I saved it on the laptop,” she said.

The video, apparently, contains footage of the bigfoot from faraway, which is why Makimak is looking for someone to help her zoom in on the creature, and clear up the image, which she says is blurry.

The video also, apparently, contains footage of Cruikshank screaming, and of Makimak acting like a bigfoot, impersonating the beast she had just seen.

All of this material may finally be ready for the eyes of the world, if only someone can come forward to help Makimak. “I am hoping for it,” she said enthusiastically. “People are excited to see it, and counting the days.”

After Makimak’s harrowing experience, and the two years of silence that followed in which she refused to discuss her story, one would think that the bigfoot has left a dark mark on her psyche.

But Makimak says that her lasting memories of the bigfoot are actually precisely the opposite.

“It was a nice bigfoot,” said Makimak. “When I saw it I felt something. You know when a dog is taking care of its’ puppies and nursing them, the bigfoot was like that, it looked lovingly at us.”

“I think it is not the first time that bigfoot saw a human being,” she added.

And if the video is indeed released, and shows an authentic sighting, it certainly won’t be the last. 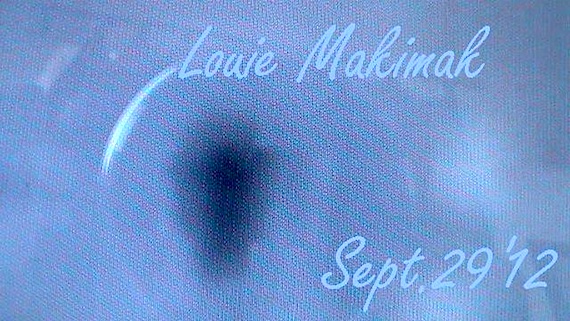 Louie Makimak is looking for someone to help her clean up her video from 2012, which she says shows the bigfoot which she and her cousin Maggie Cruikshank spotted in 2012.