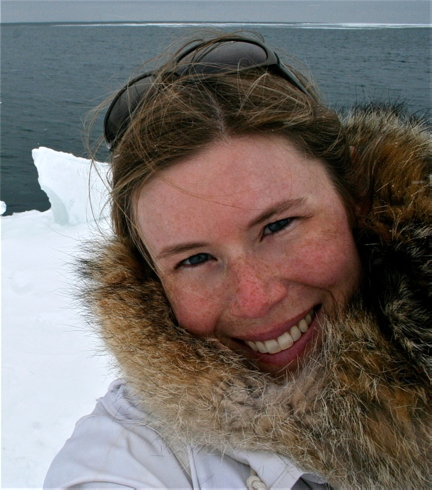 Clyde River’s Shari Gearheard and her team of Indigenous and non-Indigenous sea ice researchers will take home $155,000 in prize money for their Siku-Inuit-Hila circumpolar sea ice project, which concluded in 2011. (HANDOUT PHOTO) 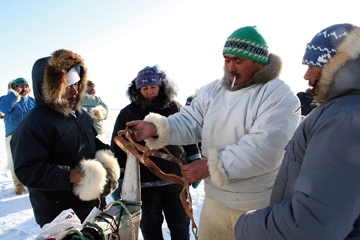 A team of researchers led by a Clyde River ice scientist has won a lucrative, and prestigious, award for using traditional and modern knowledge to study changing Arctic sea ice.

Shari Gearheard, a well-known and locally respected scientist, who led a circumpolar team of 13 scientists and Indigenous knowledge experts from Alaska, Canada and Greenland, has won the inaugural Mohn Prize for Outstanding Research Related to the Arctic.

The international prize, announced on Tuesday, Dec. 5, is a collaboration between the Academy of Sciences and Letters of Northern Norway, the Tromsø Research Foundation and the Arctic University of Norway.

The Clyde River-based “Siku-Inuit-Hila/Sea Ice-People-Weather” project team will share this year’s first-ever Mohn prize with Dr. Eddy Carmack, whose research revolves around the Arctic Ocean and “its interactions with climate, land and ecosystems,” according to the Mohn website.

The prize is worth two million Norwegian krone, which translates into about $155,000 for each of this year’s winners.

“I’m so proud of our team! Looking forward to travelling to Tromsø, Norway, in January with Lene Holm and Toku Oshima to accept the prize on behalf of our entire team,” Gearheard wrote on her Facebook page Dec. 5.

“I’m so grateful to be part of this work and I’m so proud of everyone involved. Congrats and much love.”

The prize adjudicators mentioned several things they admired about the sea ice project, including that the group was a unique example of “collaboration between academics and Indigenous experts which has given us new knowledge of and understanding about the Arctic, and has developed an advanced understanding of the dynamics of the Arctic sea ice.”

Judges also said, “This project made groundbreaking contributions to our understanding of Arctic ice-dominated systems via a highly innovative combination of natural science, social science and indigenous knowledge.”

Funded by the United States National Science Foundation, the Siku-Inuit-Hila project took place from 2006 to 2011 and spawned scientific papers, professional presentations and a book: The Meaning of Ice, People and Sea Ice in Three Arctic Communities.

They spent weeks in each location, noting how the sea ice was changing and what that meant to local people, and then merged their perspectives with scientific monitoring and data.

“This has become so much more than research. Through this project, we have developed and nurtured deep friendships and emotions,” Greenland’s Lene Kielson Holm told Gearheard back in 2008.

Gearheard, a researcher with the Colorado-based National Snow and Ice Data Centre and long-time resident of Clyde River, is a strong promoter of consulting on-the-land experts and incorporating Inuit knowledge into scientific research.

To that end, she received another grant this past spring from the United States National Science Foundation to bring circumpolar peoples together to share best practices on how to conduct community-based research in the Arctic.

The Norwegian prize is named after Henrick Mohn, the founder of Norwegian meteorological research, who served as the director general of the Norwegian Meteorological Institute from its inception in 1866 to 1913.