“There was a spark of liveliness and of life to her” 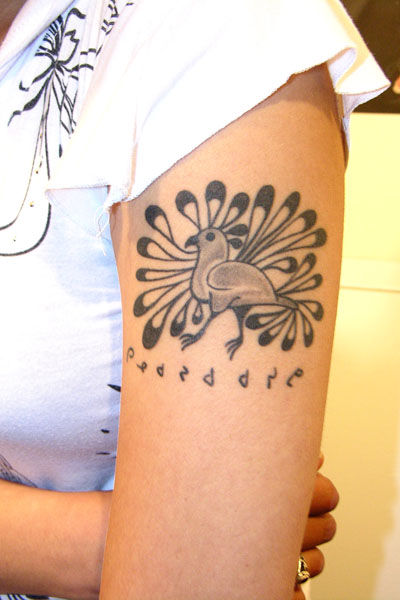 Suzie Ashevak honoured her grandmother in 2008 by getting a a tattoo inspired by Kenojuak’s bird images. (FILE PHOTO) 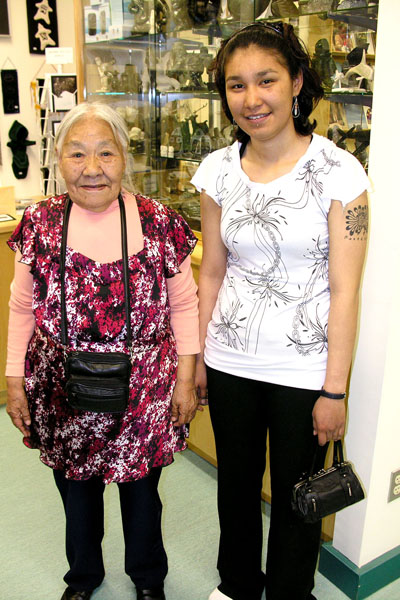 Kenojuak Ashevak and her granddaughter, Suzie Ashevak, at the Iqaluit museum in June 2009, attending the opening of a big exhibition of her work. (FILE PHOTO) 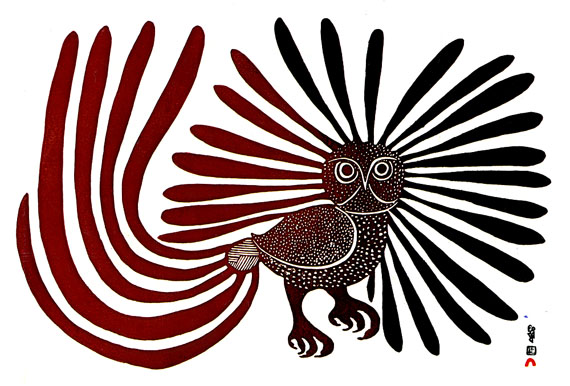 Kenojuak Ashevak, one of Canada’s best-known and most acclaimed artists, died at her home in Cape Dorset in the early morning of Jan. 8.

“It’s been a very, very sad day for many people,” said Pat Feheley owner and director of Feheley Fine Arts in Toronto and a friend of Ashevak’s since the 1960s when Feheley was a child living in Cape Dorset.

Ashevak was always drawing and always enjoyed meeting and talking to people, said Feheley, For her, and scores of others, Ashevak was one of Inuit art’s “brightest stars.”

“She had such a remarkable effect on the younger artists,” Feheley said, “she inspired them to be the best that they could.”

Cary Merritt, the general manager of the West Baffin Co-op, agrees that Ashevak was an inspiration to fellow artists.

And her work will continue to inspire, he said. The co-op will seek ways to preserve it.

“It’s been a very quiet day here in Cape Dorset. We knew that there was definitely going to be a void,” Merrit said.

She also held an honorary doctorate from Queen’s University.

“Through her art she enriched our Inuit culture and brought our perspective to the rest of the world,” Aariak said.

Ashevak, born in 1927 at a camp called Ikerrasak, lived a traditional life on the land before settling with her family in Cape Dorset in the 1950s when the West Baffin Eskimo Co-operative was being established.

Ashevak is described by the Canada Council for the Arts as “probably the best known and most acclaimed of all the remarkable Inuit artists who have emerged in the North in the last half century.”

Her prints — many of colorful Arctic animals such as owls and ravens — hang in private collections and museums around the world.

Her work has been reproduced on postage stamps, on the 25-cent piece marking the Millennium, and on stained glass windows in an Ontario church.

In 1960, the West Baffin co-op in Cape Dorset released her famous print, The Enchanted Owl. That image later appeared on a 1970 Canadian postage stamp commemorating the centennial of the former Northwest Territories.

“I don’t think there’s anyone who doesn’t recognize The Enchanted Owl,” Feheley said.

Ashevak’s work was included in the first Cape Dorset print collection in 1959 and has continued to appear in almost every collection up until 2012.

Cape Dorset prints are shown at galleries every year all over Canada and internationally.

Ashevak’s works from the 1960’s have fetched huge prices on the secondary market, up to $58,000 for a single print, Feheley said.

The art gallery owner, who often visits the Arctic, remembers first meeting Ashevak in the 1960s.

Over the years, she came to admire Ashevak’s strong work ethic when it came to creating her graphic arts and sculpture.

“She always had her own distinct style that was hers. It came out of nowhere,” Feheley said.

“What she was to artists like Tim [Pitsiulak] is she set an example for them and was an inspiration because she identified herself always as an artist, worked very hard at being an artist, she was always drawing and was very serious about it,” Feheley said.

And everyone who met Ashevak was drawn to her.

“It was a combination both of the fact that she was really the first Inuit artist to be recognized, and she was such a wonderful person. There’s no one who did not meet her, and she’s traveled the world around, who was not absolutely enchanted.”

“There was a sparkle or a spark of liveliness and of life to her,” Feheley said.

“She just attracted people,” she added.