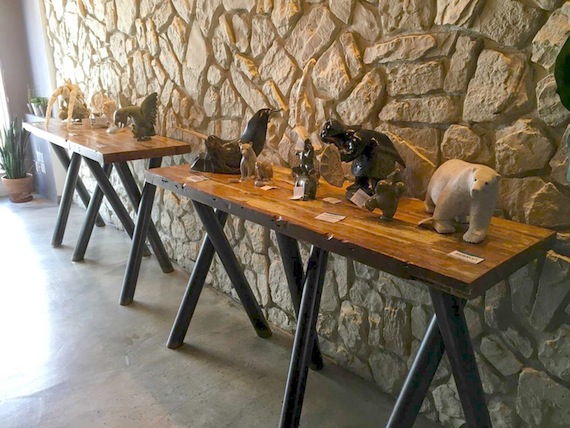 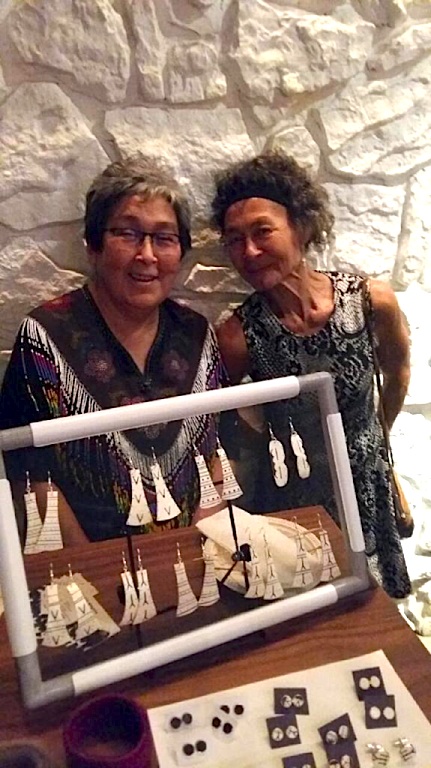 They looked at carvings, they bought sealskin and ivory jewelry, and they made some direct connections with Nunavut filmmakers for future film shoots in Iqaluit—that was the scene Sept. 11 at a reception hosted by the Government of Nunavut to promote Nunavut at the Toronto International Film Festival.

The event, which drew about 120 actors, producers and dignitaries, came a day before Kinguliit Productions’ feature film Maliglutit was set to premier Sept. 12 at the TIFF.

Set about 100 years ago, Maliglutit, or the Searchers in English, tells a story of murder and kidnapping on North Baffin and features the wide-open landscapes and traditional Inuit clothing favoured by Igloolik director Zacharias Kunuk.

The lead-up to the Nunavut TIFF event was part of what will be a busy month for the Nunavut Arts and Crafts Association, which is organizing a major exhibition, called Floe Edge: Contemporary Art and Collaborations from Nunavut, set to open Sept 29 at the Canadian Embassy in London.

The exhibition, mounted with the arts organization, AXENÉO7, includes sealskin fashion along with video and photographs by Clyde River photographer, and Nunatsiaq News contributor, Niore Iqalukjuaq, and Mathew Nuqingaq’s silver snow goggles as well as Nicole Camphaug’s sealskin heels and Nala Peter’s sealskin lingerie, which were also on display at the Ottawa opening earlier this year.

But for NACA, looking after yet a major event—in England, not Toronto—has offered some challenges.

For example, one of NACA’s artists from a smaller Nunavut community, who, among others, is set to travel to London, had problems getting his paperwork and photo for a passport.

While in the past, NACA used to contact the Nunavut MP for assistance with passports, this time, NACA’s executive director Rowena House said the organization didn’t.

NACA now relies more on Indigenous and Northern Affairs Canada for its relations with Ottawa, she said.

“We always had such big support from Leona [Aglukkaq, the former MP], when she was in,” House said. “That support has gone from Leona’s crew to Carolyn [Bennett, INAC minister]’s crew.”

Many federal and territorial officials have been invited to attend the upcoming exhibit opening in London — among the invitees, Nunavut MP Hunter Tootoo, “pre-scandal,” House said.

Now House said the disgraced MP’s presence at the event could distract from the positive attention NACA would like to see placed on Nunavut artists from the British Museum, the Tate Modern and the 150 galleries whose representatives who are expected to attend the opening.